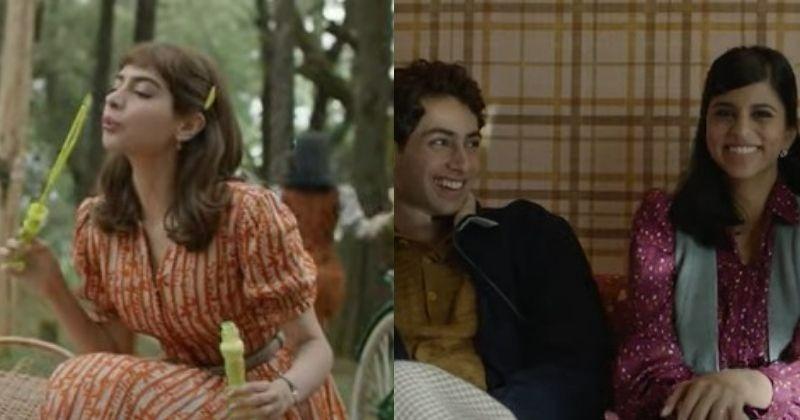 Suhana Khan, Khushi Kapoor and Agastya NandaBollywood’s next generation stars are set to debut in director Zoya Akhtars’ film The Archieswhich is an Indian adaptation of the popular Archies Comics series. Netflix just released the official first look poster for the movie. Here’s everything we know about this film and what to expect when it releases in 2023.

The Archies will be a live-action musical film set in 1960s India. The first look poster features all of the cast members, who are depicted in a forest setting. Similar to the original comics, the film will revolve around the story of a teenage gang, including Betty Cooper, Veronica Lodge, Archiew Andrews, and Jughead Jones.

Sharing the poster, Netflix wrote, grab your picnic baskets and choose your cutest outfits, we’re going to salute the Archies gang. Presentation of the cast of THE ARCHIES, a film by Zoya Akhtar.

The late Sridevis’ daughter, Khushi Kapoor, appears to be playing Betty Cooper, as she sports similar bangs and the same type of makeover. However, in the comics, Betty has blonde hair, while Khushi rocks brown-colored hair. Betty is usually portrayed as a kind, smart, and sweet girl in the comics.

On the other hand, Suhana, the daughter of Shah Rukh Khan appears to have long dark hair similar to Veronica Lodge’s and is even dressed in a similar outfit. In the comic, Veronica is portrayed as the richest girl in town, whose father is locked up for financial interference.

Amitabh Bachchan’s grandson Agastya appears to be playing Archie Andrews’ character. His hair is curly like him and he is also dressed like Archie. In the comics, he is portrayed as a kind, caring, and courageous person. Additionally, his love triangle with Betty and Veronica is one of the key elements of the comic.

Vedang Raina seems to be trying out the role of Jughead Jones. In the comics, he’s Archies’ best friend, and he’s sarcastic, sarcastic, and smart.

Apart from these four, Mihir Ahuja, Dot, Yuvraj Menda will also be playing prominent roles in the film.

What to expect from The Archies?

Netflix has released a casting announcement video where the gang is having fun in a forest. But even if that indian version shows all the similar characters from the comics, it will have a touch of desi. Unlike American comics, the film will reflect Indian culture and be shown through the lens of Indian cinema. Fans can expect a unique and thrilling take on this film.

Archies Comics also got an American television adaptation known as Riverdale. But unlike the comic, which focuses on everyday teenage issues like love triangles and saving money on dates, it shows serious topics like cults, crimes, and murders. So there is quite a mystery how this Hindi adaptation will portray the characters of Riverdale.

Are you excited to see this movie? Let us know in the comments.

Actor Fred Ward, best known for his role in The Right Stuff, died at 79 – Celebrities