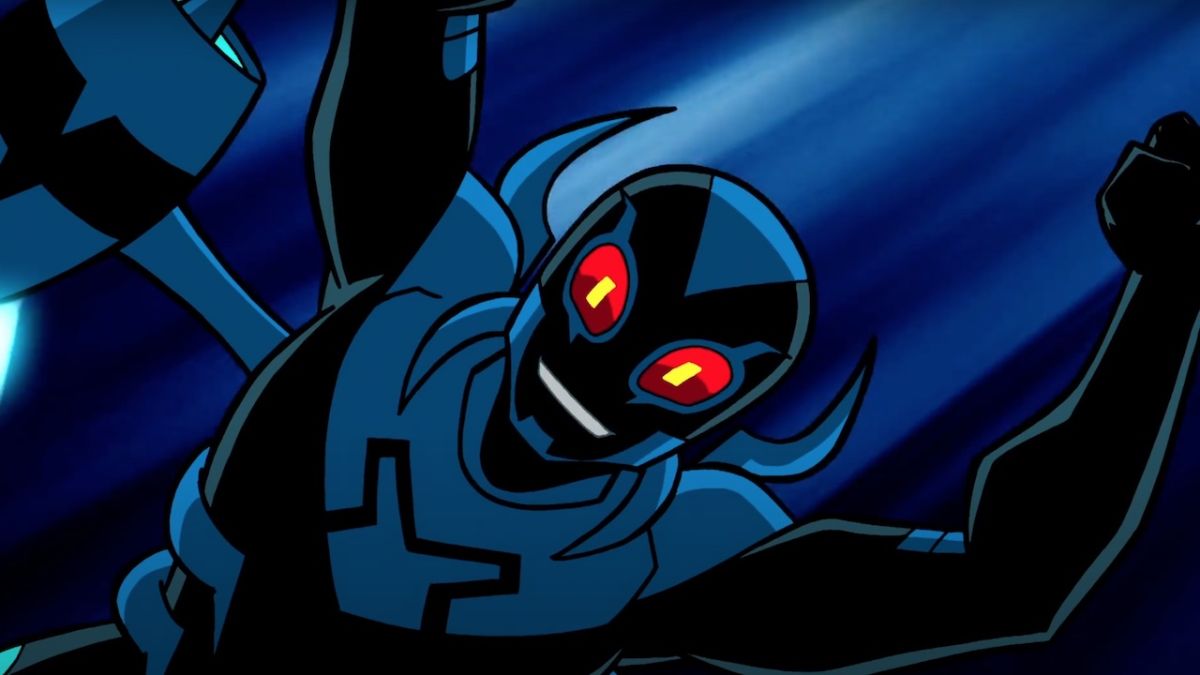 In 2006, the third Blue Beetle was introduced to the DC Comics mythology, with Jaime Reyes inheriting the same mantle that Dan Garrett and Ted Kord have previously held, albeit in a different, more armored-up way. In the years since, Jaime has also popped up on live-action TV, animated TV shows, direct-to-video animated movies and video games, and next year will see him leading the live-action Blue Beetle movie, which is now being released theatrically rather than hitting HBO Max exclusively. Will Friedle, who was the first actor to voice Jaime, shared with CinemaBlend why he’s excited for Blue Beetle‘s release next year, and one of the reasons involves the popular Netflix series Cobra-Kai.

While speaking with Will Friedle about his voicework as Lex Luthor and Aquaman in the upcoming direct-to-video animated movie Teen Titans Go! & DC Super Hero Girls: Mayhem in the MultiverseI asked him what he’s looking forward to most from Blue Beetle given that he voiced Jaime Reyes in 13 episodes of Batman: The Brave and the Bold. Here’s what he had to say:

Will Friedle is well aware of how times have changed since he was selected to voice Blue Beetle in Batman: The Brave and the Bold, and he’s happy that a Latino actor has been cast to play Jaime Reyes for his live-action theatrical debut. That actor, by the way, is Xolo Maridueña, who plays Miguel Diaz in Cobra-Kai. So between the Blue Beetle movie boasting proper representation and starring an actor who appears in a show he enjoys immensely, Friedle has a lot to look forward to when Jaime’s time to shine comes next year.

It was first announced back in November 2018 that a Blue Beetle movie centered on Jaime Reyes was in development, with Gareth Dunnet-Alcocer writing the script. By February 2021, Angel Manuel Soto was tapped to direct Blue Beetle, and the following August, Xolo Maridueña confirmed he’ll be playing Jaime. In the months since then, folks like George Lopez, Harvey Guillén, Bruna Marquezine and Susan Sarandon have been roped into the Blue Beetle cast, with the latter being cast Victoria Kord after things didn’t work out bringing in Sharon Stone.

Blue Beetle will arrive on August 18, 2023. If you’re wondering what else the DCEU has on the way, take a look at the slate of upcoming DC movies. From there, you can figure out what you’ll be viewing from this franchise over the next several years accordingly.

A Ukrainian group pleads for Mariupol at Eurovision | Entertainment