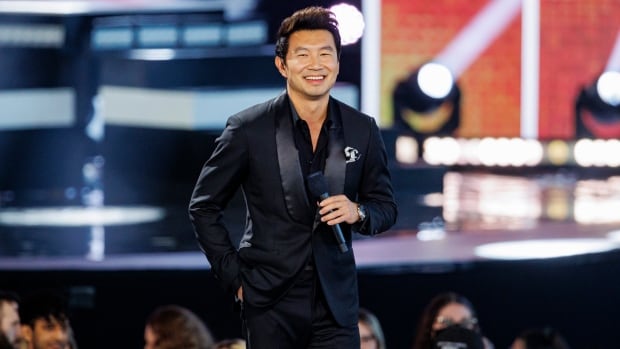 The 51st Juno Awards brought the music back to a live audience on Sunday and marked a triumphant return for the beleaguered ceremony celebrating Canadian talent.

The organizers put together a tight and impressive entertainment showcase in Toronto from the start, and managed to not only make it all work, but also keep it interesting, which is no small feat for a production far from its latest live release.

In it, Montreal’s Charlotte Cardin crowned a stellar performance as this year’s big winner, Ontario’s Arkells nabbed top band for a historic fifth time in the space of a decade, and live music reigned again.

With energetic performances from everyone from Avril Lavigne to the Arkells, it was a definite comeback for live music at the annual event. Held virtually for the past two years (after the 2020 event in Saskatoon was canceled) due to COVID-19, this year’s ceremony marked the first in-person show since 2019.

It was also the first-ever Junos show held outdoors, a strategy organizers hoped would allow the night to go ahead regardless of any pandemic restrictions introduced, if any.

This plan ended up producing an incredible number of performances from some of the biggest names in Canadian music. Pop-punk legend Lavigne performed a medley of songs from his debut album let’s gosongs Complicated, Friend, Sk8er boi and I am okay, 20 years after the release of the album and 19 years after its first Juno nomination.

From there, the night swung between awards and almost too many performances to count. This included the previous night’s winner for Alternative Album of the Year, Mustafa, delivering a choir-backed version of his stripped-down acoustic song. Stay aliveHaviah Mighty singing a mashup of her tracks So so and ExpressionArcade Fire performing their new song Unconditional I (Lookout Kid), and Alberta’s Tesher even managed to get Junos host Simu Liu to dance to his TikTok smash Jalebi baby.

But Liu’s involvement was not an afterthought. the Shang Chi The superhero brought live hosting back to the Junos in a big way, spearheading what Junos President and CEO Allan Reid called one of the best shows they’ve ever put on.

Liu started the night with a sketch alongside his former Kim’s Convenience co-star Andrew Phung, before moving on to jokes about Canadianisms (“It’s pronounced bubble tea, OK, not boba, bubble tea Goddammit!”), the pandemic (“Crazy energy in Toronto, it’s almost like you had been locked up for two years in a row”) and even Will Smith’s recent moment at the Oscars.

After welcoming the audience to the Budweiser stage in Toronto, Liu noted that the show was being broadcast live: “So if anyone’s ever wanted to go viral, this is your chance,” he challenged. patting his cheek mockingly. “Go on.”

But instead of angry actors, audiences were treated to grateful musicians.

Charlotte Cardin cemented her favorite status by winning album of the year for Phoenix. After winning Single of the Year, Pop Album of the Year (also for Phoenix) and artist of the year at a gala on Saturday, Sunday’s win left the singer-songwriter with four trophies in total, the most of any artist.

And not only did they win it this year, Arkells had already won band of the year in 2021, 2019, 2015 and 2012 after winning best new band in 2010. At the same time, Jessia de la British Columbia rode a wave of popularity that started on TikTok to win Breakthrough Artist of the Year 2022 (beating fellow TikTok come-ups 347aidan and Tesher) while Shawn Mendes won Fans’ Choice for the fourth time.

Mighty Haviah won Best Rap Album/EP, an honor created this year after the rap recording award was split into two categories. After Toronto’s Charmaine won a rap single at home on Saturday for her track Fatthe two became the first women to win in the previously male-dominated category.

“For those who haven’t heard of Haviah Mighty, I’ll be back on stage to show you why,” she said after her rap album win, and shortly before returning for her performance. “This one’s for women in hip hop.”

There was more to the evening than just the main rewards, however.

Toronto-born Deborah Cox was inducted into the Canadian Music Hall of Fame in the early evening, a feat she described as bittersweet in a red carpet interview with CBC, as it required her to first travel outside of Canada to find glory and recognition.

Even still, she said receiving the honor and becoming the first black woman in the Canadian Music Hall of Fame was a significant step forward.

“I’m really inspired that this moment is just going to serve as a springboard and inspire more people,” she said. “Little girls like me who weren’t represented to get into this industry and have the same opportunity as anyone else,”

Despite being a multi-platinum, Grammy-nominated singer, he gave an emotional acceptance speech about learning to believe in himself.

Pickering, Ont. the singer talks about “being enough” in his career.

“When I was younger, I really, really thought that if I could write one big hit song, people would like me, and then I would be enough,” he said.

“What I know to be true now is that I was enough before anyone knew my name. I’m not here to tell you to give up on your dreams, I’m just here to tell you that while you carry on, remember to enjoy the process. And remember, you are already enough.”

Along with fellow TikTokstars, Mother Mother failed to win Group of the Year despite returning to the app’s spotlight, nearly 20 years after releasing their debut album.

Toronto rapper Pressa, a top nominee in four categories, didn’t win in the two categories he was eligible for on Sunday:rap album or fan choice.

Meanwhile, international star Justin Bieber was ruled out on both nights. He was up for five awards in the same categories as in 2021. He missed out on Fans’ Choice, a category he’s won five times in the past and his albumPeacheslost against CardinPhoenix.