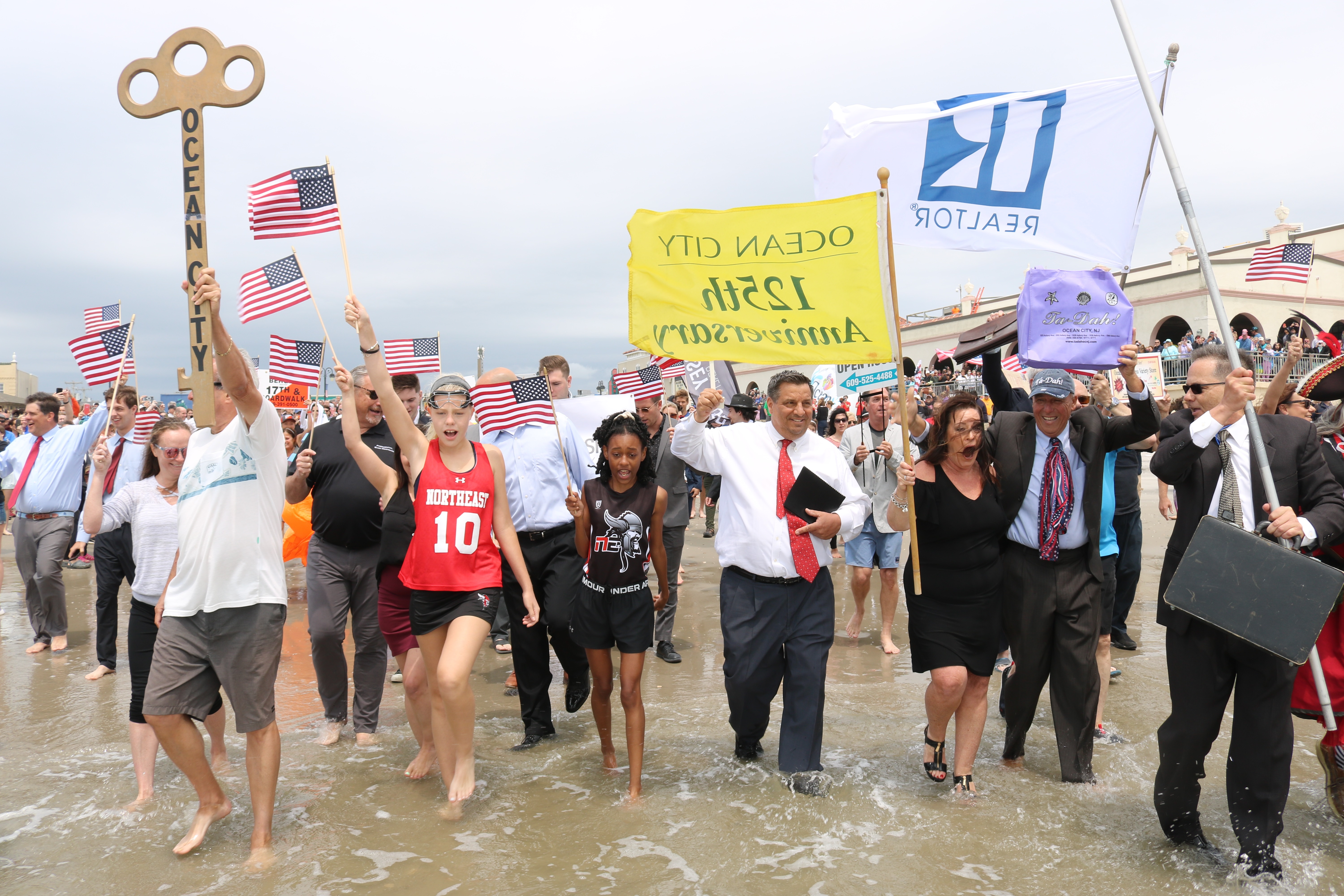 For his full-time job, John Walton is a real estate broker in Ocean City. But he also has a part-time gig this time of year as the master of the irrepressible hype for one of the most goofy traditions of summer resort programming.

Known as the Business Persons Plunge, the show serves as an unorthodox good luck charm at the start of Memorial Day weekend to usher in a strong tourist season for the business world.

Usually it was like the barometer of summer, Walton said.

Each year, Walton leads a contingent of upscale, well-dressed business men and women onto the beach and straight into the ocean amidst the strains of Pomp and Circumstance played by the Ocean City High School Marching Band. .

With his typical comedic flair for promoting the plunge, Walton promises this year’s version will be nothing short of a five-ring paparazzi show.

Rain or shine, hundreds of businessmen will parade briskly in the surf Friday, May 27 at 11:30 a.m. on Ninth Street Beach next to the Ocean City Music Pier. A large crowd of amused spectators is also expected.

While Walton calls it a five ring show, it could also be characterized as a three ring circus on the beach. Divers will get soaked wearing suits, skirts, dress shoes and high heels.

Were certainly hundreds at this point, Walton said of the number of business people who will be attending.

An array of pageant queens, cartoonish mascots from the local business community and celebrities to be named later will also be on hand to serve as cheerleaders or take the plunge themselves. Ocean City High School business students will also walk in the waves.

Walton himself will be dressed in an Italian-brand Trussini suit he purchased in 1996 for around $1,500.

It’s a very nice suit. For some reason, he really loves the ocean, Walton joked of the suit, which is dry-cleaned every year after the dive to keep it in good condition.

To complete his costume, he will carry the same weather-beaten leather briefcase he always has with him for the dive and which has since rusted. Unable to get the briefcase to reopen, he can only guess that it contains old real estate documents from years ago.

As part of the plunge, Walton encourages merchants to carry signs, their company logos or use props to promote their business. He believes the event generates a huge amount of free publicity for companies that are featured during media coverage of the dive.

To me, that’s worth $100,000 for every person or business, he said of traders who have been exposed on social media, made headlines or been interviewed on TV or radio .

Walton pointed out that local business owners are enthusiastic about diving because they know it’s a valuable tool for promoting themselves and Ocean City to a wider audience.

The May 27 festivities will also include Mayor Jay Gillian, members of city council and other dignitaries using a large wooden key to officially unlock the beaches and ocean for the all-important summer holiday season.

Walton said the plunge brings together local businesses, the Ocean City Regional Chamber of Commerce, civic organizations, charities, city government, elected officials and others in a collaborative effort to promote the city. .

That’s the whole story. Come see us and find out who the companies are, he said inviting the audience.

Now in its 19th year, the Business Persons Plunge will feature what Walton calls an air, land and sea component to increase the level of excitement.

A plane will fly overhead to shoot an advertising banner that says, Business Persons Plunge. Unlock the ocean. Cape May Aerial Advertising is donating the plane and banner for free, Walton said.

Walton also tries to get a drone to fly overhead to film the dive.

Meanwhile, surfers, paddleboarders and people on boogie boards will join in the fun in the water.

The land part, of course, will be the frivolity that takes place on the beach.

When the Business Persons Plunge was first conceived, it was one of the events in 2004 to celebrate the 125th anniversary of the founding of Ocean City. Walton recalled that the very first dive attracted only 12 participants and about 20 spectators.

However, Walton and Mark Soifer, the city’s late public relations director, realized the event’s potential and stuck with it. Over the years its stature and popularity have grown tremendously, attracting tons of free publicity and media coverage for the city, including some national and international.

To register for the Business Persons Plunge, go online to www.ocnj.us/bizplunge or call (609) 399-6111 for more information.

Downton gets more of the same, more Hollywood