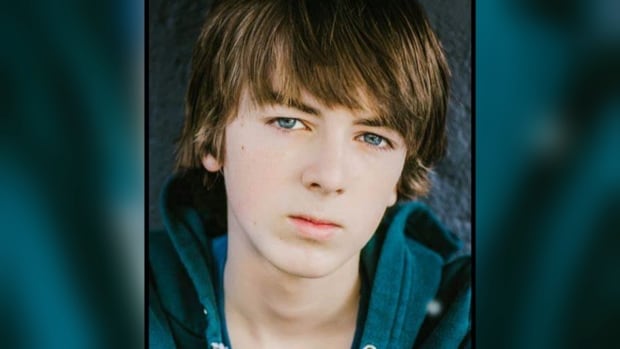 Ryan Grantham said his mother was a caring and compassionate person who did nothing to deserve what he did to her.

The 24-year-old actor read a statement in a clear and emotional voice in the Supreme Court of British Columbia on the third and final day of his sentencing hearing for the second degree murder of Barbara Waite.

“I can’t explain or justify my actions. I have no excuses,” Grantham said. “It pains me to think how much I’ve wasted my life.”

“In the face of something so awful, apologizing seems so pointless. But with every fiber of my being, I’m sorry,” he said.

Grantham shot Waite in the back of the head as she played the piano at their Squamish townhouse on March 31, 2020. The next day he packed his car with guns, ammunition, 12 Molotov cocktails and a map of Rideau Cottage in Ottawa, with the idea of ​​going there to kill Prime Minister Justin Trudeau.

Second degree murder automatically carries a life sentence. The problem is the time frame before Grantham can apply for parole.

Grantham’s defense is asking for a 12-year spell, while Crown has asked for 17-18 years of ineligibility.

The court heard how Grantham was on a downward spiral in the months leading up to the matricide, depressed, experiencing murderous and suicidal urges and spending a lot of time online and smoking marijuana.

Defense attorney Chris Johnson told the question there were two major issues: Grantham’s guilt and the risk of future harm.

He said mental illness played a part in Grantham’s behavior and he felt significant remorse.

“At the time of the offense this murder was not committed out of hatred or animosity, it was committed in the disordered mind of Mr Grantham, to prevent his mother from seeing what he thought he was on point to make,” Johnson said.

Earlier in the hearing, the court heard disturbing details about the murder. Grantham, who is an experienced shooter and gun owner, has repeated the killing in previous days, walking behind Waite with a .22 caliber rifle, pointing it at her, but stopping before pressing the button. trigger.

On the day of the murder, he repeatedly loaded and unloaded the gun, then sat on the steps of the house for almost 15 minutes to think about what to do, before killing his mother.

A four-minute video that Grantham captured on a GoPro camera afterwards was shown in court. In it, Grantham confesses and shows his mother’s body.

The next day, after covering the body with a sheet and placing lighted candles around it, he left for Ottawa. He traveled all the way to Hope, British Columbia, where he turned around thinking instead of killing people at Simon Fraser University where he was enrolled at the Lions Gate Bridge, or other places .

He finally surrendered to the police.

The defense presented a number of letters of support, including one from Grantham’s estranged father, who abandoned the family when Grantham was a child.

Johnson said the court should consider his age, he was 21 at the time of the murder, that he had no criminal record, that he surrendered, confessed fully and pleaded guilty.

In his statement to the court, Grantham said that during the past 25 months of incarceration, he had followed counseling to help him deal with his emotional and psychological issues.

“One day, if I’m ever released from prison, I hope to continue on this path to improve myself,” he said.

Grantham was originally charged with first degree murder, but pleaded guilty to second degree in March.

Judge Kathleen Ker reserved her decision for a later date.

Grantham has acted in film and television since the age of nine. His credits include television series filmed in British Columbia, includingRiverdale,SupernaturalandiZombieand the moviesDiary of a Wimpy KidandThe Imaginarium of Doctor Parnassus.

to request, modification Contact us at Here or [email protected]rt.exbulletin.com

Hollywood fights for its life as executive bloodshed begins