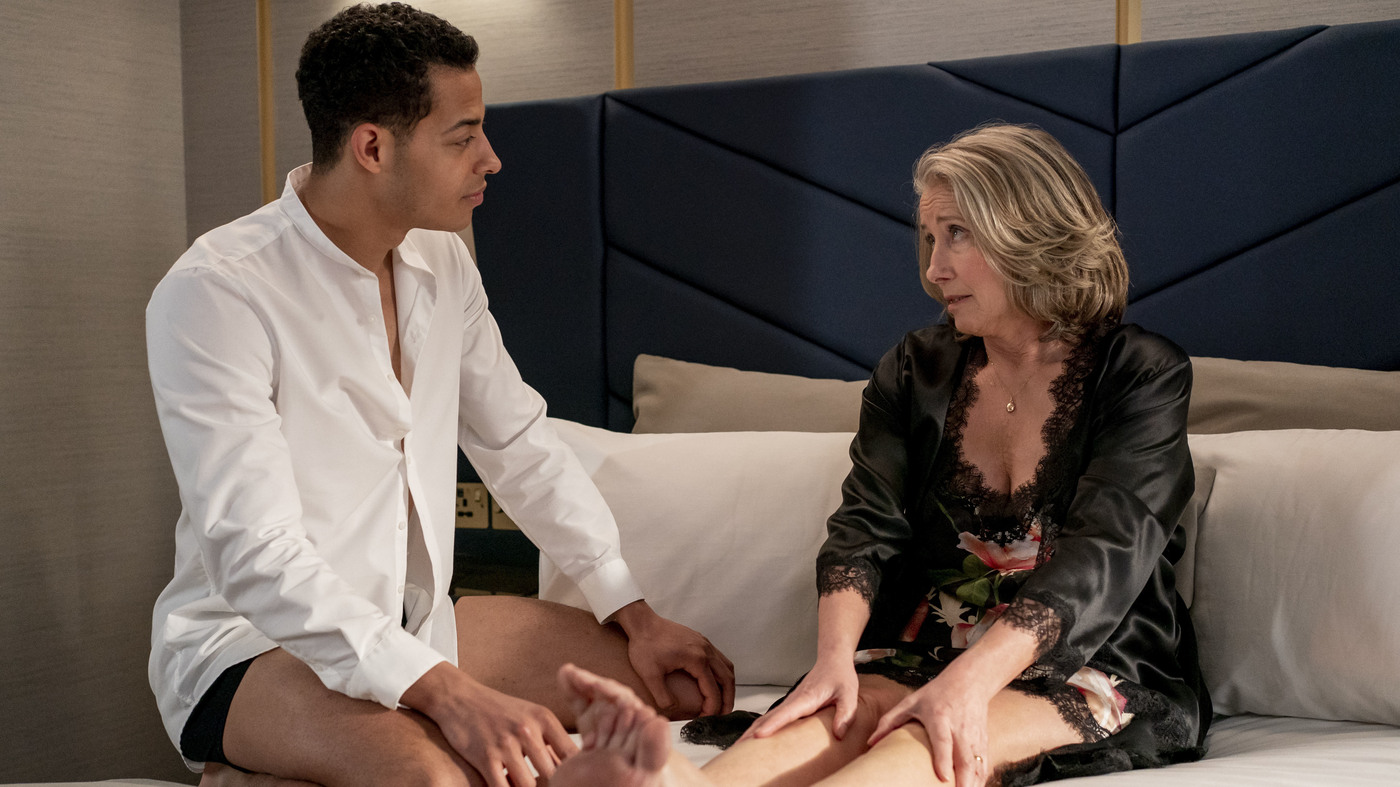 Daryl McCormack and Emma Thompson star in the movie Good Luck To You, Leo Grande.

Daryl McCormack and Emma Thompson star in the movie Good Luck To You, Leo Grande.

In Good luck to you, Leo Grande Emma Thompson plays a woman who decides to embark on a journey of self-discovery and sexual acceptance.

This period of introspection takes place almost entirely in a room with two people: Nancy Stokes (Thompson), a recently widowed woman who comes to terms with her marriage that has spanned three decades without her experiencing a single orgasm, and Leo Grande ( Daryl McCormack), the young sex worker she hired to teach her what she missed.

The Oscar and BAFTA-winning actor spoke with All things Considered and describes the joy of portraying a woman on screen who is primarily focused on one thing: her own pleasure.

This interview with Mary Louise Kelly has been lightly edited for length and clarity. It contains adult content.

Why she wanted to play this character

She is bliss, she was bliss from start to finish. She is an honest, ordinary and responsible woman. She represents a lot of women in my country. She is unintentionally, mostly funny. But the situation she finds herself in was irresistible to me. It was so unusual, I have never seen these two people in this situation, ever. It’s somehow irresistibly delicious. This is delicious. It gives so much pleasure. And yet, there are so many conversations that can come out of it, that go so far into the female experience and the male experience of sex.

On what resonates with women who have seen the film

To be honest, brutally honest, a lot of men don’t care about female orgasms, they don’t care. It’s remarkably developed without emotion. And yet, a kind of shared experience that leads to this kind of intense, liberating pleasure is actually available to all of us.

And it would be nice if we could find a way that was a little more deft. And Leo is very, very skilled. What’s so wonderful about the story is that Leo isn’t there to give Nancy her orgasm, that’s not his goal.

Another thing that’s so compelling about the movie is that Leo is interested in pleasure for himself and feels that it’s something anyone can have, but a lot of people find it hard to access, which we know to be the case.

It’s radical because normally, the bodies that we choose to put on the screen have been treated in one way or another. They are either bodies that conform to what we have decided to be the ideal, which is impossible to achieve for most people, which is why most women will look in the mirror, or not look at themselves in the mirror, because they feel a kind of disgust or hatred, or at the very least dissatisfaction.

Oddly enough, I went quite into some sort of past. I thought, “How am I going to do this?” I don’t know how to do it, because I can’t do it. But how does Nancy get there? What’s going on inside her? And I decided that because she had felt this joy, that suddenly she looks at her body without any filter.

She sees it for the first time as her home, the place where she lives, the place where she can experience joy alone or with someone else if she wishes. And when I was trying to figure out how I wanted her to stand, I went and looked at all the old medieval pictures of Eve in the Garden of Eden because I was like, ‘Well, she wasn’t. unaware of itself.” They were all male performers, but at the same time, all these medieval Eves and Adams, they were just standing with one leg slightly bent, very relaxed. And that’s what I took for my inspiration for his position.

I think what it did for me, certainly, is it made me recognize the waste of time that is not accepting your body. It’s a waste of time. And God knows I wasted a lot of time. And of course, it’s not my fault, actually. Because the iconography that surrounds us is absolutely unavoidable. They gave me the opportunity to put my body in the place of my mouth and allow the making of a film which I hope will be of some help, indeed, for young women, and indeed for young mothers whose 8-year-olds say, “I don’t like my thighs.” So hopefully all of this will give people a release and a kind of desire to appreciate themselves, their bodies and what their bodies can do for them and not continually want them to be something else.

This interview was adapted for the web by Manuela Lopez Restrepo