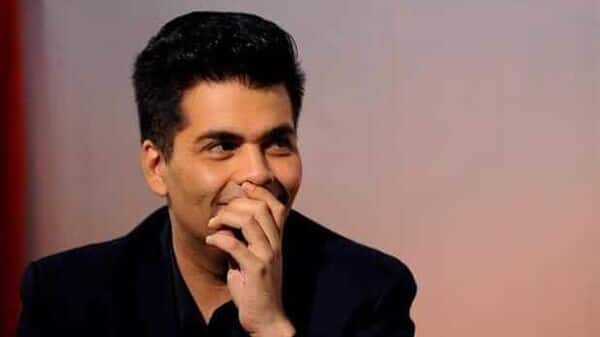 Bombay, PUNE : In the latest breaking news, it has been reported that Siddhesh Kamble aka Mahakal, an alleged member of the Lawrence Bishnoi gang, has reported to investigative agencies that Bollywood film director and producer Karan Johar is on their list .

However, these claims have yet to be verified, a senior police official said. The official also hinted at the likelihood of bragging about Mahakal’s claims.

Kamble, also known as Mahakal, was a close associate of Santosh Jadhav, a suspected gunman in the murder case of Punjabi singer Sidhu Moosewala, and well aware of the murder plot, a police official said.

While Kamble is being held by Pune Rural Police for an earlier case registered in the district, teams from Delhi Police Special Cell, Punjab Police and Mumbai Crime Branch have questioned him. about the murder of Moosewala and a threatening letter received by Bollywood actor Salman. Khan and his father Salim Khan earlier this month.

In his statements to investigative teams, Kamble leaked extensive information about the Moosewala murder plot and named Santosh Jadhav and a certain Nagnath Suryavanshi as having been involved in the murder, the official told the agency. hurry. PTI.

He also provided information on the future plans of the Bishnoi gang, which is suspected of being behind Moosewala’s murder, the official said. The gang allegedly planned to extort 5 crore from Johar threatening him, he said. According to Kamble’s statement, Vikram Brar, brother of Canadian gangster Goldie Brar, had discussed these plans with him on the Instagram and Signal apps.

A woman involved in drug trafficking and a doctor who allegedly desecrated a Sikh community holy book were also on the list of targets, the official said. Investigative agencies are still verifying Kamble’s claims, he added. Jadhav and his assistant Navnath Suryavanshi were arrested by Pune Rural Police from Bhuj in Gujarat earlier this week.

After Moosewala’s murder in May, the Bishnoi gang was trying to take advantage of the sensation he caused and decided to threaten Bollywood celebrities, the official claimed. Threatening Salman Khan with extortion was part of that plan, hatched by Vikram Brar, he said.

Police previously claimed, citing information provided by Kamble, that Vikram Brar sent three members of the Bishnoi gang to Mumbai to deliver the threatening letter to Salman Khan. But a senior rural police officer in Pune warned they were still verifying Kamble’s claim that Karan Johar was the target of extortion.

“With some defendants, there is an element of bragging in their confessions. The motive for bragging is to gain publicity and obtain larger sums of extortion. This phenomenon is common in Punjab and other states neighbors. They (the mobsters) want their names associated with high profile cases,” the officer said.

Five gangsters took responsibility for Moosewala’s murder, but none of them were present at the scene when the crime took place on May 29 in Punjab’s Mansa district, he said. “Mahakal is a small fish. Vikram Brar told him about Karan Johar. Why did Brar tell that to Mahakal, who is just a foot soldier? Because Brar wants to increase his influence and impress young people like Mahakal,” he said. he added.

Mexico: 2 actors from the Netflix show ‘The Chosen One’ died after a crash

Disgraced Hey dad! actor and pedophile Robert Hughes disguised his identity as he left his cell