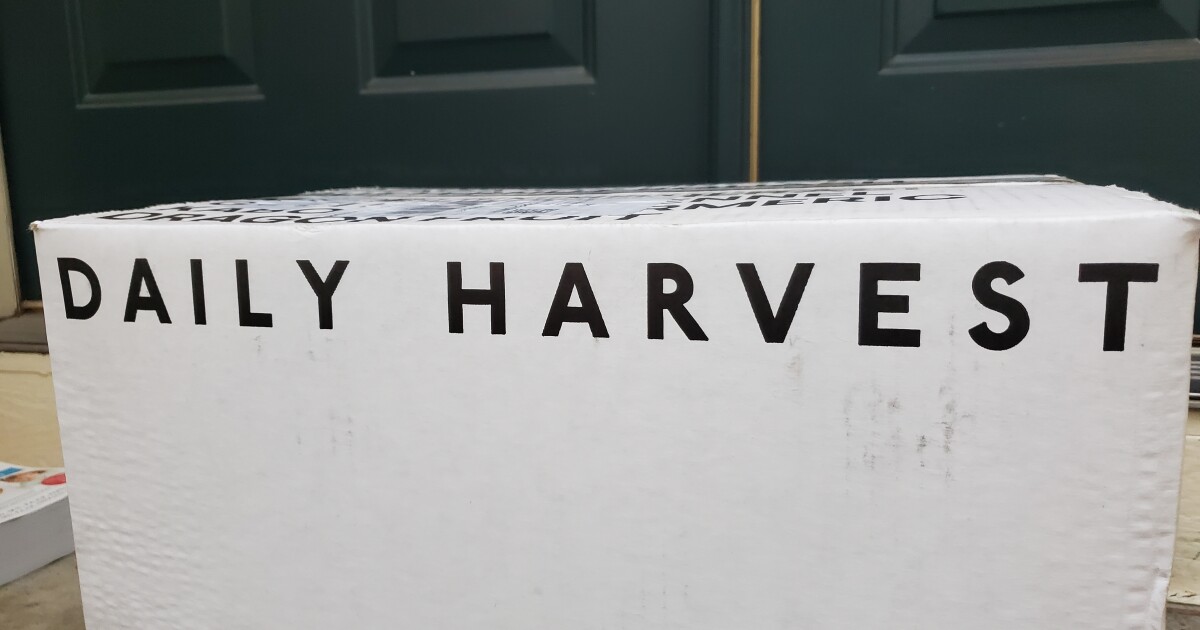 Since late May, at least 470 consumers of Daily Harvests lentil and leek crumbles, a recalled side dish included in some of its meal kits, have fallen ill, the company said in a press release Thursday.

Daily Harvest, a direct-to-consumer supplier of smoothies, bowls and other vegan foods that are typically shipped by mail, has halted production and distribution of the product and is conducting a root cause investigation in conjunction with the Food and United States Drug Administration. .

From April 28 to June 17, 2022, approximately 28,000 units of the recalled product were distributed to consumers in the continental United States through online sales and drop-shipping, as well as through retail sales at the Daily Harvest store in Chicago, IL, and a pop-up store in Los Angeles, Calif., the company announced in a press release Thursday, referring to a pop-up event in Venice on May 20-21. Samples were also provided to a small number of consumers.

Some of those affected say they were hospitalized. Few of them have answers yet, beyond the instructions emailed earlier this week telling them to throw away the crumbs in question.

The crumbles were distributed to influencers in April, and then in May the company hosted the Venice Beach pop-up. The press release said subscribers could buy all three servings of crumbles for $9.79 and add them to tacos, pasta sauces, Daily Harvest flatbreads, and more.

Nothing was said about severe abdominal pain, fever, chills, symptoms of jaundice and indications of possible liver damage. But these terms are being discussed on various social media platforms among the subscribers to the service.

For weeks, customers have been making complaints on the Daily Harvest Reddit forum alleging they suffered food poisoning, extreme stomach pain/illness, and liver damage after eating the crumbled lentils. Some posters indicated that they or a member of their family had been hospitalized.

Symptoms cited on Reddit included debilitating stomach pain, fever and elevated levels of liver enzymes indicating possible damage. Several commentators said they went to the emergency room for relief and were tested with no results explaining what happened to them.

One alleged his wife had been hospitalized for two days and was returning for further tests. There is a lot of talk about the various toxins that could be causing liver-related symptoms.

Others have complained of a muted response from the company as it tries to navigate the outcry.

Daily Harvest, which markets itself with the promise of sustainably sourced fruits and vegetables, first posted information via a social media link earlier this week. The company then emailed customers who had received the crumbs directly, telling them to throw away the product and not eat it. It also provided consumers with its general contact email address.

The company included a caveat, at least in emails sent to influencers: As stated in the cooking instructions, lentils should be cooked through to an internal temperature of 165 F. Like some other legumes, lentils contain a type of protein that can cause gastrointestinal symptoms unless fully cooked.

While the most serious complaints were about French lentil and leek crumbs, some people are now also concerned about flatbreads and possible cross-contamination from other products that might be made in the same facility.

My children started vomiting two hours after consuming the flatbreads, said Ashley, a Daily Harvest customer since 2019 who requested that only her first name be used to protect her children’s identities. At first they said they had a stomach ache. We put them to bed for the evening.

About 45 minutes later, she said, nearly three hours after their pizza patty dinner, the kids started throwing up first the 6-year-old and then the 3-year-old. It continued through the night, finally slowing down around 4 a.m. on June 11. They’re so small…watching their bodies heave up was awful, the North Carolina resident said.

Ashley said she texted friends to see if any of their kids were sick (they weren’t) and eventually decided it was the flatbreads, a dish the kids had Have eaten several times before with no problem.

Last week, after a friend passed on a story about the lentil crumb problem, she took the children for blood tests. Sure enough, all levels related to the liver were out of whack. She is now in wait-and-see mode, keeping an eye on the children to make sure no new symptoms arise.

Ashley said she contacted Daily Harvest twice, once after the children fell ill and again after their blood tests came back with high levels. She is frustrated by poor communication from a company she has been extremely happy with for years.

We are all left in the dark to pick up the pieces, she said.

An FDA spokesperson contacted Thursday could not confirm or deny whether an investigation is planned or underway into items not already listed on its outbreak investigations webpage.

However, the FDA takes seriously reports of possible adulteration of a food that may also cause illness or injury, the spokesperson added. Depending on the severity of the problem, an FDA investigator may visit the person who filed the complaint, collect product samples, and initiate inspections. Complaints of a less serious nature or those that appear to be isolated incidents are monitored and the information may be used during a future inspection of a company to help the FDA identify problem areas in a production facility.

Several Reddit users, including a Massachusetts woman the Times spoke to by phone for confirmation, said FDA investigators had come to their home and collected samples of the crumbs.

The FDA also said it issues specific guidelines for consumers once those guidelines are developed, which is if the agency can detect the particular issue causing a problem.

Johnny Depp to tour with Hollywood Vampires next summer