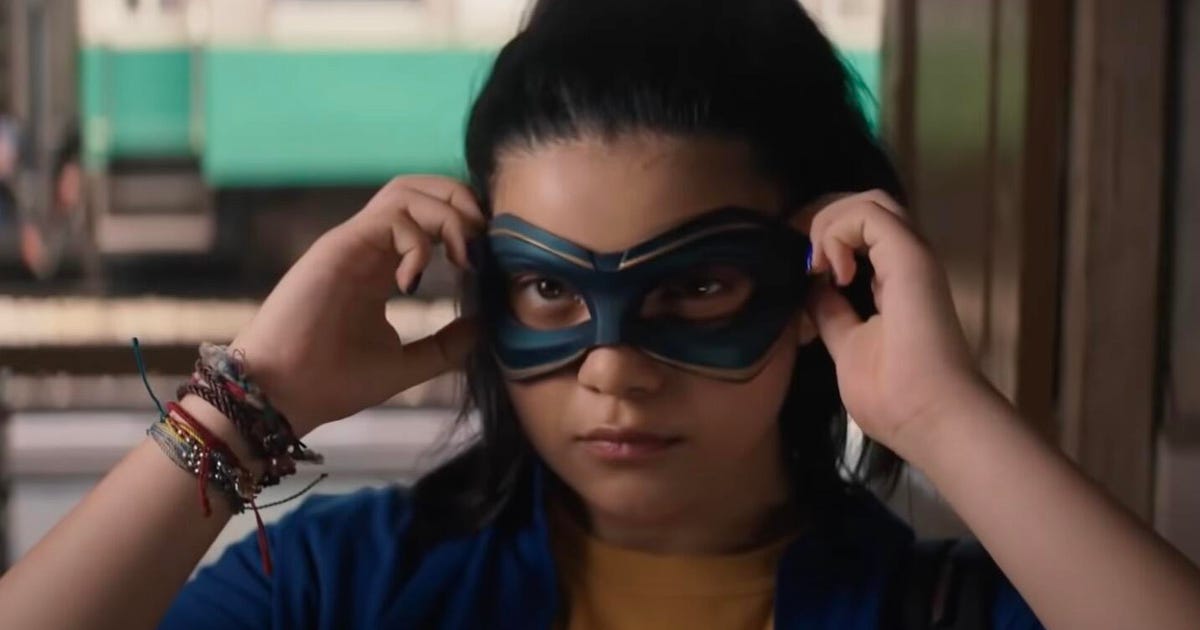 Ms. Marvelreturns home in episode 4, despite feeling like a stranger so far from the familiar town of Jersey. But even after seeing the sites and making new friends, she finds herself in much more unknown territory than theDisney+ the series drops an epic cliffhanger…

Episode 4 contains some fights and several iconic stars of Pakistani film and television. Following ourrecaps of episode 1,episode 2and episode 3let’s dive into an in-depth recap of Episode 4, titled Seeing Red, including character arcs and Marvel Easter eggs (and plenty of spoilers!).

The first four of the show’s six episodes are available on Disney’s streaming service now, with more to follow every Wednesday through July 13.

The City of Lights

After her clash with the Illegals and her vision of a train, Kamala and her mother (plus a nap pillow) head to their family home: Karachi, Pakistan’s largest city.

With his New Jersey AvengerCon jeans and t-shirt and struggles with food, Kamala is an ABCD (American-Born Confused Desi) classic. But even here in Karachi, her nani Sana struggles with her identity, torn between Indian roots and Pakistani nationality – born “from a border marked by blood and pain…based on an idea an old Englishman had “.

According to showrunner Bisha K. Ali, this episode is drawn from the experiences of the writers and director Sharmeen Obaid-Chinoy, a Pakistani-Canadian journalist and filmmaker who has won multiple Oscars and Emmys for powerful documentaries that often tackle gruesome subjects like the crimes of honor and child soldiers.

Played by veteran TV actress Samina Ahmad, Sana is creative like Kamala – though that’s no comfort to Muneeba, who didn’t want to hear her mother’s stories.

Sana painted a picture of her mother Aisha (Kamala’s great-grandmother), who was a jinn and disappeared during the partition of India. Sana casually reveals that she knows the jinn and again connects the sight of the bracelet train with the fateful night of Aisha’s disappearance. “When you’ve lost what I have,” Nani says, “you learn to find the beauty in the pieces.”

Kamala is soon caught up in another fight, this time with a masked knife thrower. Although she is getting better at using her hard light powers, her opponent also uses their springboards against her. Fortunately, Kareem (played by Into the Badlands star Aramis Knight) turns out to be a friend.

Created by G. Willow Wilson and Mirka Andolfo, Kareem in the comics is a non-superpowered vigilante called Red Dagger. In the show, the Red Daggers are a band: not a Pakistani boy band, but a masked order that has sworn to protect the world from the threat of the unseen.

Their leader Waleed explains that the Clandestines come from another dimension that overlaps with ours. Played by Bollywood writer, director, actor and producer Farhan Akhtar, he also helps Kamala better understand her powers and gives her a purple cloth that comic book fans will recognize from her costume on the page. Unfortunately, Waleed isn’t around for long, as the illegals show up in force.

The stowaways ended up in a damage control department supermax prison, but it’s a short stay. During their escape, Najma abandons her son Kamran. They come across the Red Daggers, sending Kamala on an auto rickshaw chase. Of course, she uses her driving skills that we remember so well from Episode 1.

A long fight scene is then interrupted when Kamala’s bracelet pushes the vision of the train a step further, as Kamala steps into the past and finds herself swept up in the chaos of the score…

When is the next episode?

Movies coming in 2022 from Marvel, Netflix, DC and more


The best TV shows of 2022 you can’t miss on Netflix, HBO, Disney Plus and more