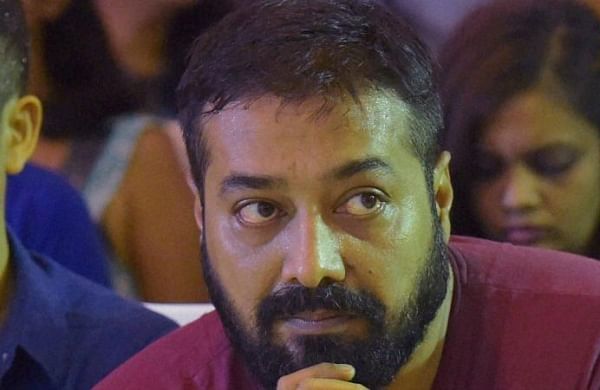 NEW DELHI: It’s a great time for Indian creators to experiment with long-form storytelling, says writer-filmmaker Anurag Kashyap, who thinks artists are trying to craft content in an age when anyone can be “easily offended by anything”.

Describing the country’s current creative state as “restrictive”, the acclaimed director said politics and religion were among the themes on the “big no” list.

“I like long storytelling and I’ve worked on a lot of things, but we’re also dealing with kind of an atmosphere where you’re very limited in the type of drama you can do. Right now we’re can’ ‘I don’t do anything that’s politically remote or deals with religion remotely. There’s a lot of big no’s,” Kashyap said in a chat after “Dobaaraa” was screened in London on Wednesday on BFI.

Despite the restrictive environment, the director said it was the perfect time to tell long, stories.

“And the big no is not because someone said you can’t do that, it’s because everyone lives in an atmosphere where they don’t know how someone is going to react. In this moment we are very fragile and we are very easily offended by anything so for the creators in india yes this is a great time to create long storytelling and lots of new stuff but at the same time , we are walking a very thin line,” Kashyap added.

Actors Taapsee Pannu and Pavail Gulati, the stars of “Dobaaraa”, also joined the actor for the conversation with film pundit Rachel Dwyer. Kashyap also talked about his most popular film ‘Gangs of Wasseypur’ which ended 10 years after its release last week.

Calling the two-part gangster drama franchise his “greatest loss”, the director said he hoped “Dobaara” would go on to do “something different”. “I don’t want to think about ‘Wasseypur’ because that was my biggest loss. A lot of underworlds, crime movies and small town series have come out since then. Some of them are really really good.

“It’s not that it wasn’t there before. There was ‘Omkara’, ‘The Bandit Queen’ and other films that were made before. ‘Wasseypur’ is like a plague to me. everyone wants me to keep doing the same.. I hope people will stop expecting a ‘Wasseypur’ from me and start asking for something more,” he added.

“Dobaara,” which opened the London Indian Film Festival (LIFF) on June 23, is the Hindi remake of the 2018 Spanish film “Mirage.”

It was his first time working on a remake, Kashyap said. “When we came across the script, fortunately the film had not yet been released. Taapsee had contacted me because she was looking for a director. She was obsessed with this (project), I was trying to find her directors and we just couldn’t,” he added.

Then, Kashyap said that he told Pannu that he would read the script for “Mirage”. “I walked through it and was three drinks down. I was waiting for my flight at the airport and said, ‘I’m going to do it,'” he added.

“Dobaara” turned out “best” with Kashyap on board, said Pannu, who is reuniting with the director after their 2018 film “Manmarziyaan.” “I was lucky he was drunk or whatever,” she joked.

Gulati, Pannu’s co-star in “Thappad,” said working with Kashyap on “Dobaaraa” was a dream come true. “He’s been a mentor to me for many years. I’m a science fiction buff, I love watching movies about time travel and parallel universes. I’ve never done anything like this before. .

Kashyap, who has backed several acclaimed films including “Masaan,” “The Lunchbox” and “Paka,” said he lends his name to projects as a “creative producer” who brings talent together.

He has “sort of stopped” producing since the process started taking up a lot of his time, adding that he was “happy to direct” for others. Crediting streamers with revolutionizing the industry, the director said audiences aren’t easily satisfied these days.

Citing the example of the hit ‘KGF’ franchise directed by Yash, the filmmaker said that viewers in small towns in India may not know the name of the actor who is headlining the films, but they know ” Rocky Bhai”.

“They won’t say, Shah Rukh Khan or Salman Khan. They don’t know the name of the actor, Yash. They know his character and Rocky Bhai is their favorite actor. They want to be engaged and they will pay for it.

Addressing the growing popularity of films from south to north, Pannu said Hindi audiences are “waking up because of this crossover”, much of the credit for which goes to OTT platforms.

“These kind of films were made at the time (too), but maybe the budgets weren’t as high as the films of (SS) Rajamouli. But those films that were considered ‘regional’ at the The times were just as good,” the actor, who made his acting debut with the 2010 Telugu film “Jhummandi Naadam,” added.

It changed a lot for actors, she said, recalling how she was asked to wash off the image of a “South Indian actress” if she wanted to do things in Hindi. “Movies are still as good or bad as they were then. So I don’t see any difference in the quality of the movies they make.