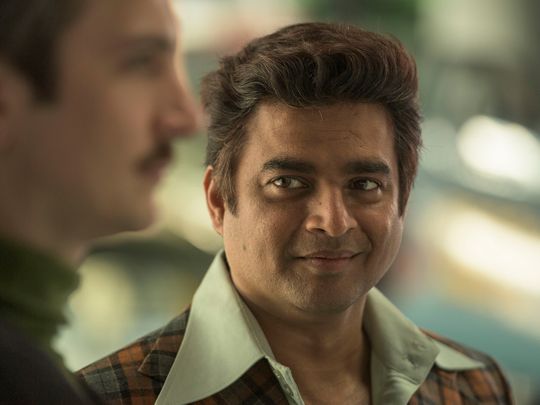 He fought the case and won it and was acquitted of all charges and even made the police pay him compensation for wrongful detention and trauma.

Written and directed by actor R. Madhavan, the film was co-directed by Prajesh Sen, who had written a book on Nambi Narayanan and directed a documentary on the eminent scientist. Sen also starred in several successful Malayalam film industry films after quitting his job as a journalist with a major Malayalam newspaper.

I was in school when I first heard about the ISRO spy scandal and had a feeling it was true. But later, when I grew up, read a lot and developed my own social vision, I could understand that he had been wronged, Sen explained, speaking of his fascination with history.

Then I wrote a book about him, Ormakalude Brahmanapatham, which took me five years to complete. I traveled to places he had been, including Vernon in France, and there I took visuals that later turned out to be my documentary about him, Nambi the Scientist.

Talking about the casting of Madhavans, Nambi Narayanan Sen said: Madhavan literally turned into Nambi Narayanan and he totally became the great scientist on the screen. All mannerisms of Nambi Narayanan were correctly displayed by Madhavan. We never felt he was playing but living the role of Nambi sir.

Talking about the transformation of the main stars for the role, Sen further explained: Madhavan even bleached his beard and hair to get the gray look and exerted tremendous effort and effort to bring the physical condition to that of a 27-year-old Nambi Narayanan. and later at age 75. This is the first time I’ve seen an actor take so much pressure and it was a totally dedicated effort from R. Madhavan.

Back to Bollywood: ‘Tridev’ Director, ‘Mohra’ Returns to Cinemas After 16 Years After 18 years, director Rajiv Rai gears up for his new movie News-Pipa

what cognitive disorder does the actor suffer from? – Canadian OI