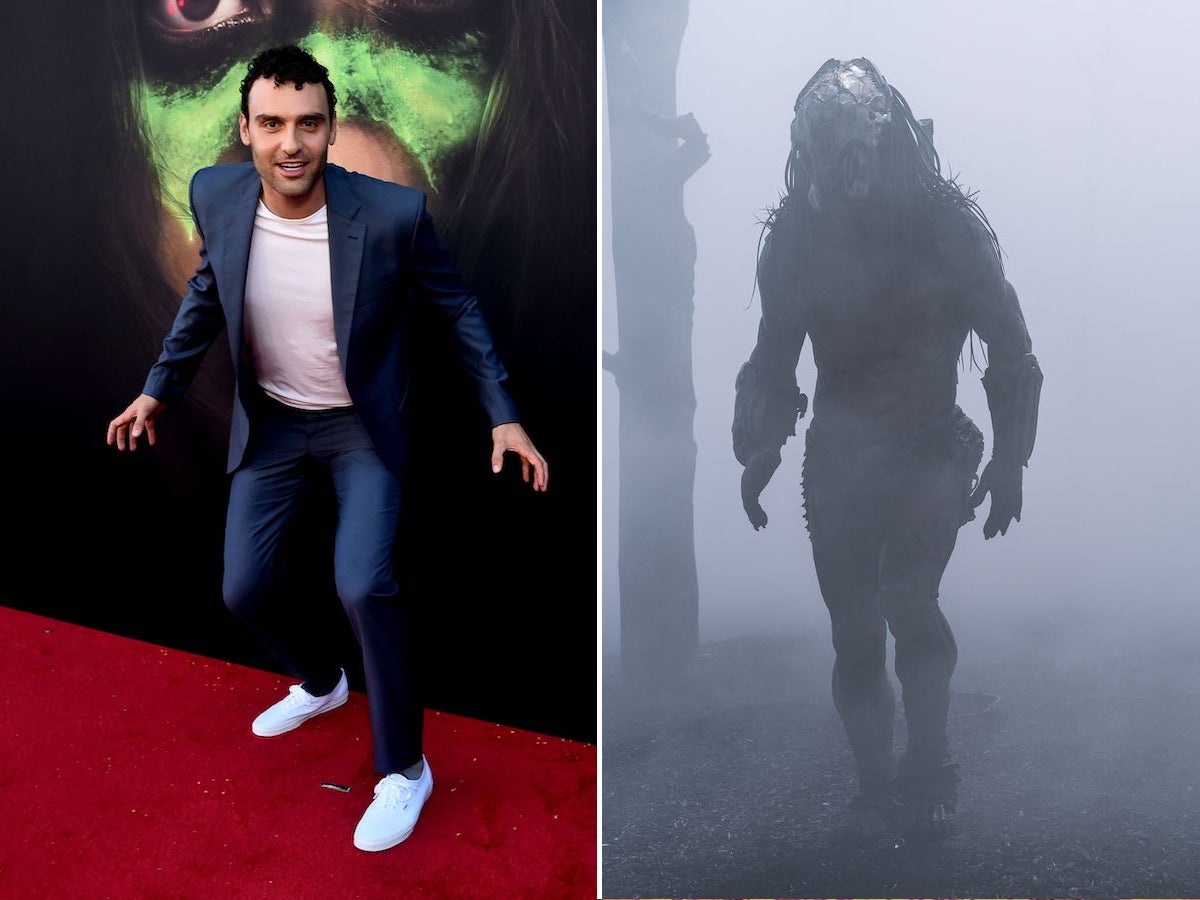 After a decade of playing professional basketball, Lexington native Dane DiLiegro has become a star in another field: Hollywood.

DiLiegro, 33, has embarked on a second career as a “creature actor”, a select group of performers who bring aliens, monsters and other assorted beasts to life on the big screen.

After scoring roles in ‘The Walking Dead’, ‘American Horror Stories’ and in a music video for rapper Doja Cat, DiLiegro landed the coveted role of playing the Predator in “Prey,” the latest installment in the long-running film franchise that debuted on Hulu 5 August.

It was a quick rise for the 6-foot-9 DiLiegro, who never took acting classes while attending Lexington High, instead focusing his efforts on hoops. While on the LHS varsity team rotation, he was never the team’s primary option. It wasn’t until he worked an extra year in prep school that he got a basketball scholarship to the University of New Hampshire. A four-year starter for the Wildcats, DiLiegro turned his success into a hoops career overseas, mostly in Italy.

Back in Massachusetts, between basketball seasons in 2019, DiLiegro was approached by Boston Casting about a backup role in “Free Guy,” the Ryan Reynolds-area action comedy film. Boston.

The film’s stunt coordinator mentioned that DiLiegro might consider acting as the creature, though DiLiegro said his pitch was far from convincing.

“He said, ‘It’s uncomfortable. it’s hot. It’s claustrophobic. You can’t go to the bathroom,” DiLiegro said. “It’s heavy. You have to be very tough. But you can be in great movies.

Nevertheless, DiLiegro was immediately interested. Within two weeks, he booked a role in the Netflix series “Sweet Home,” flying to Korea to film his role as “Muscle Monster.”

“I thought, ‘I’m going to try this for three months and then I’ll probably go back to basketball,'” DiLiegro said. “And then the pandemic hit.”

With international travel impossible, DiLiegro instead headed to Los Angeles, where he officially joined the ranks of what DiLiegro estimates are “about six” other creature actors working regularly in Hollywood today.

In “Prey,” DiLiegro puts his 6-foot-9, 245-pound frame to good use, chasing a group of Native Americans one by one through pre-colonial America.

Set in the Comanche nation in 1719, “Prey” follows Naru, a fierce young woman who wants to prove to her tribe that she is a worthy hunter. Soon she realizes that the prey she is stalking is not from this planet, and the hunter becomes the hunted.

As a professional athlete, DiLiegro has always been in good shape. But “Prey’s” training regimen was, by DiLiegro’s own account, “transformative.”

“Prey” director Dan Trachtenberg wanted DiLiegro’s Predator to be both “dynamic” and “wild”, leading the actor to lose 25 pounds before filming.

“I did two months of parkour training to learn how to run and jump over trees,” DiLiegro said. “And I did an insane amount of martial arts training, fighting with sticks. My trainer in LA is basically a real-life ninja assassin, and he put me through my paces.

Compared to the three to four hours DiLiegro had to spend in the makeup chair for “American Horror Stories,” the prep time to step into the Predator costume was a swift 11 minutes. But once he was in the suit, things got tough.

“We were shooting a scene where I’m running, and I’m wearing a 75-pound suit and a 15-pound head,” DiLiegro said. “You’re carrying so much weight and it’s so hot inside. Looking back, I can say it was fun and a big challenge. But when you’re in it, man, it’s hard.

“Prey” wrapped filming in 2021, and DiLiegro has been busy ever since. He will star in the HBO Max series “Coyotl,” the Disney+ fantasy series “The Quest,” and the movie “Monsters of California,” directed by Blink-182’s Tom DeLonge. He also recently completed a project for Marvel and started work on a LucasFilm project, the details of which are currently under wraps.

Being able to establish himself in the world of creatures acting so quickly has been a blessing for DiLiegro. But the actor hopes to one day give a performance where he isn’t buried under layers of makeup or tons of prosthetics.

“The dream is to do a project where you can see my face,” DiLiegro said. “I want people to get to know the guy under the rubber.

“I love playing creatures, but I don’t know if I can play monsters forever,” he continued. “It’s hard on the body. Playing dentist, you don’t have to do seven hours of makeup, you don’t have to wear a 75-pound suit. I’m not complaining, but it would be nice to come in and do your makeup for 15 minutes and wear a t-shirt.

Stay up to date on all the latest news from Boston.com

Suniel Shetty joins the league of LinkedIn influencers: ‘..At 61, my life has only just begun. View post here