By Kenzi Devine for Mailonline

Harry Potter actor Chris Rankin has revealed he got engaged to longtime partner Ness Beecroft after popping the question while on a trip to Florida.

The 38-year-old actor, who played Percy Weasley in the film franchise, shared his news via a sweet message to his 55.4K Instagram followers on Thursday night.

Gushing that Ness had “stepped up to fiancé,” the happy couple posed for a love snap while showing off the sparkling ring.

Congratulations! Harry Potter star Chris Rankin is engaged! The 38-year-old actor popped the question to partner Ness Beecroft while on a trip to Florida

Writing alongside the snap of him and his now-fiancé posing on a balcony, Chris wrote: ‘Good news! I asked @nessabeecroft if she was considering getting engaged, and she seemed fine with the idea.

He then followed the caption with a red love heart emoji, with the common message between the couple’s two accounts.

The actor’s followers – including some of his Harry Potter co-stars – were quick to comment on their congratulatory message to the couple.

Upgrade! Writing alongside the snap of him and his now-fiancé posing on a balcony, Chris wrote: ‘Good news! I asked @nessabeecroft if she wanted to get engaged, and she seemed fine with the idea’ 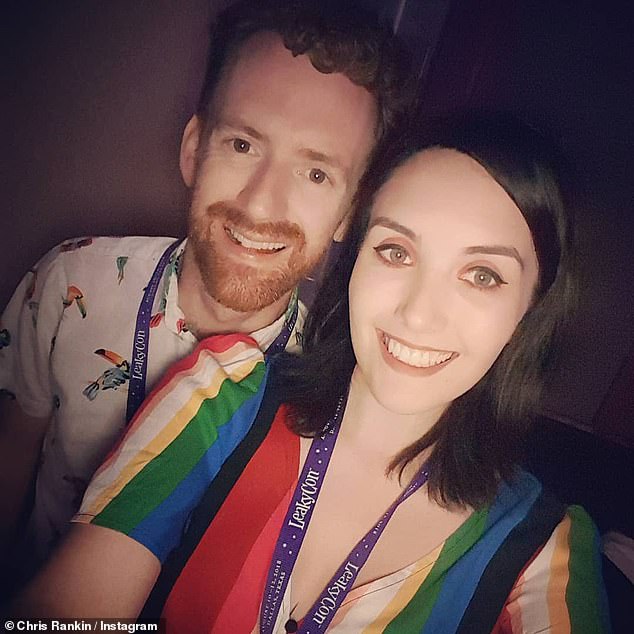 Long term: The sweet pair have been together for six years, Chris finally popped the question

Afshan Azad, who played Padma Patel in the Harry Potter films, wrote: ‘Omgggg ANDDDD I ASKED YOU WHEN!! Congrats to you both.’

While Tolga Safar, who played Igor Karkaroff’s sidekick in Harry Potter and the Goblet of Fire, commented: “Congratulations. Good news.

Chris and Ness reside together in South Wales and share two dogs, named Stanley and Boo. 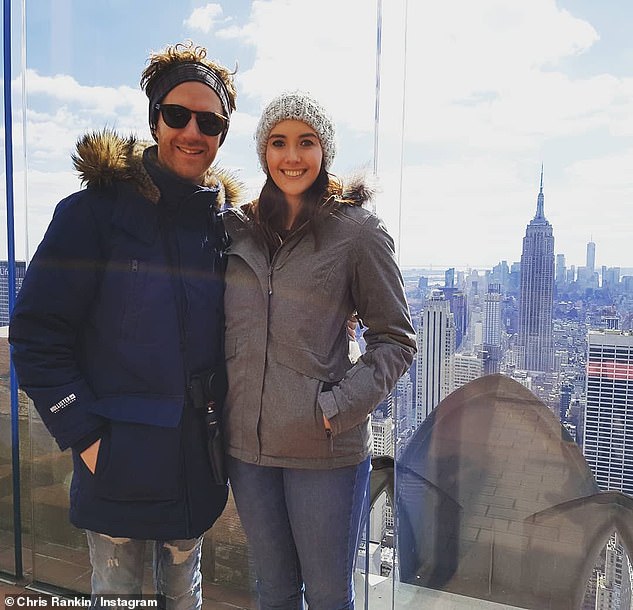 Loved-up: Chris and Ness reside together in South Wales and share two dogs

The couple have been together for six years, with Chris previously married to ex Megan Walker.

While it’s unclear how they met, the actor sweetly recalled in 2020, “When you’re not looking for something, the one thing you didn’t know you were missing shows up and fixes everything. “

Since his time in the JK Rowling-based franchise, Chris now works in television and film production.

He recently worked on the production side of fantasy adventure program Atlantis, period drama Downton Abbey and Sky’s A Discovery of Witches. 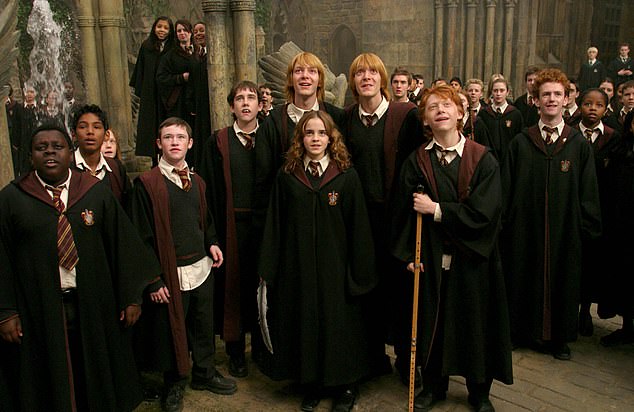 Onscreen: Chris played Percy Weasley in the Harry Potter film franchise (pictured in the 2003 film The Prisoner of Azkaban)

Readers agree with Mary McNamara on all fronts