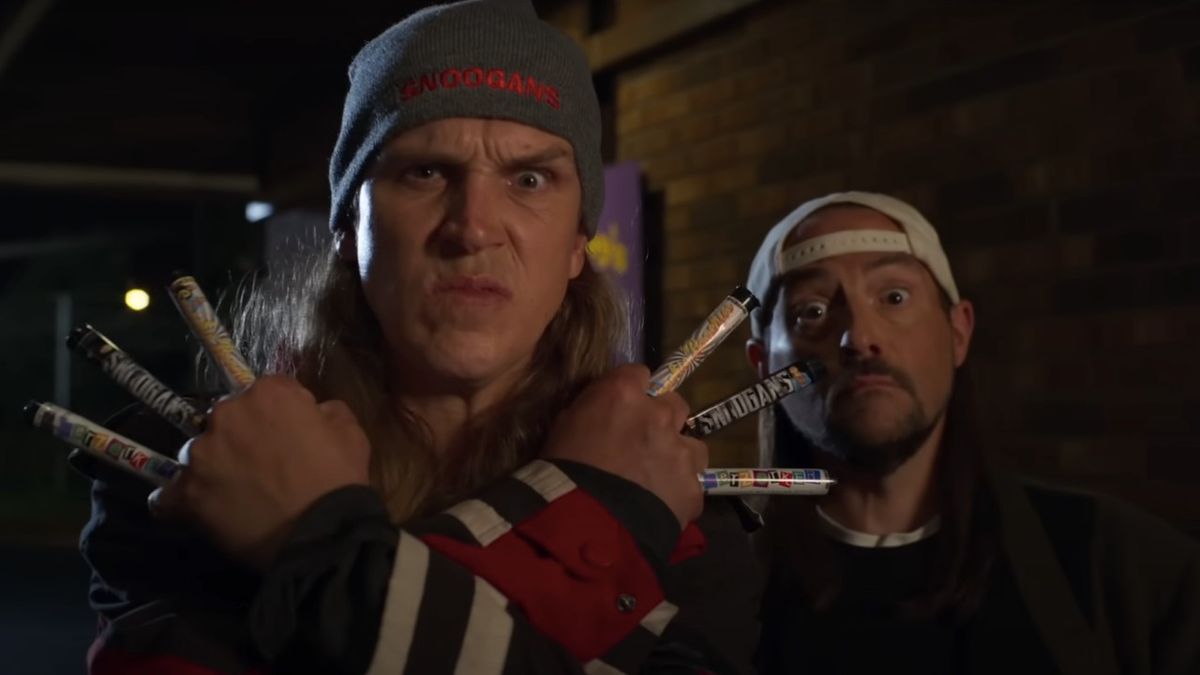 by Kevin Smith Clerks is still celebrated to this day for changing the face of cinema. A semi-autobiographical comedy, it blended pop culture with the unfortunate realities of life, all with acidic language and snappy dialogue. Part of that success came from the iconic duo of Smith and actor Jason Mewes, who launched the characters of Jay and Silent Bob into notoriety.

Believe it or not, this particular dynamic duo almost didn’t happen. Turns out Mewes was very camera shy during the making of these early films. This in turn prompted Kevin Smith to audition another Clerks actor as a back-up plan, and all of those details came to light when promoting the upcoming film. Clerk III.

New stories have come from CinemaBlend’s interview suite at San Diego Comic-Con, which celebrated all things Clerks. Kevin Smith, Jason Mewes and a handful of other cast members were on hand to showcase old and new projects. Our own Jeff McCobb asked questions that covered that range, and an interesting tidbit came out on accuracy Clerks III long-awaited / semi-autobiographical script was when it came to the real production of Clerks.

Additionally, Jason Mewes has confirmed that the plot of the new film, in which Jay is extremely shy in front of the camera, is 100% true to his real life. Here’s what the star told CinemaBlend about the story behind that moment:

It’s hard to believe that Mewes, the same man who re-enacted Buffalo Bill’s dance scene from Thesilenceofthelambs in Clerk II, was a shy actor in front of the camera. Still, Kevin Smith has always had faith in his best friend’s abilities and called him out on it during that same encounter.

Kevin Smith’s recollection of Jason Mewes’ shyness included a discussion that reinforced how much of his life he wrote in Clerks (a film that Paramount+ subscribers can currently stream again, as of this writing). Here’s how Smith and Mewes joked about the dialogue while shooting that first movie:

Digging deeper into the metaverse that occupies his life and work, Clerk III sees longtime View Askewniverse favorite Randal (Jeff Anderson) going through a health issue himself. As we saw in the trailer for upcoming Kevin Smith movie, one of New Jersey’s favorite smart guys suffers his own heart attack and is motivated to make his own movie. If it wasn’t for Clerks the story unfolded the way it did, we may not have gotten that storyline at all due to Jason Mewes’ dislike of cameras.

Dive deeper into the history of Clerks, Jeff Anderson revealed that the characters could have taken a different direction in Kevin Smith’s first film. Jumping into the conversation about Jason Mewes being shy, Anderson also revealed that instead of playing Randal, he could have had a totally different trajectory in the franchise!

If it hadn’t been for Mewes playing the game and taking one for the team, Jeff Anderson might have been the Jay alternative to Kevin Smith’s Silent Bob. It’s not an entirely crazy notion, as Anderson has the snark and overall relationship with Smith to pull off the act.

No matter how much you wonder about that “what if” scenario, it still doesn’t change the fact that Jason Mewes was the no one to play Jay. It’s even putting aside the fact that Kevin Smith just wrote to his best friend in Clerks as a fictional character. Friends like that speak a special language, which also includes the most outgoing person putting their straight buddy “on the spot.” Smith knows this very well, because he admitted to being that kind of buddy.

It’s weird to think about this alternate history that almost was. For example, we may have found ourselves in a reality where Jeff Anderson’s Jay meant we would see an alternate cast like, say, Ben Affleck as Randal. I could go on, but the possibilities and if the possibilities here are pretty endless.

Fans don’t have to worry about that, because in this universe, the View Askewniverse Jason Mewes and Kevin Smith are Jay and Silent Bob. Clerk III will return their shenanigans and Mewes’ ever-evolving comedic prowess to theaters September 13-15. You can also attend the live shows scheduled for Clerk III: the guided touraccompanied by questions and answers.