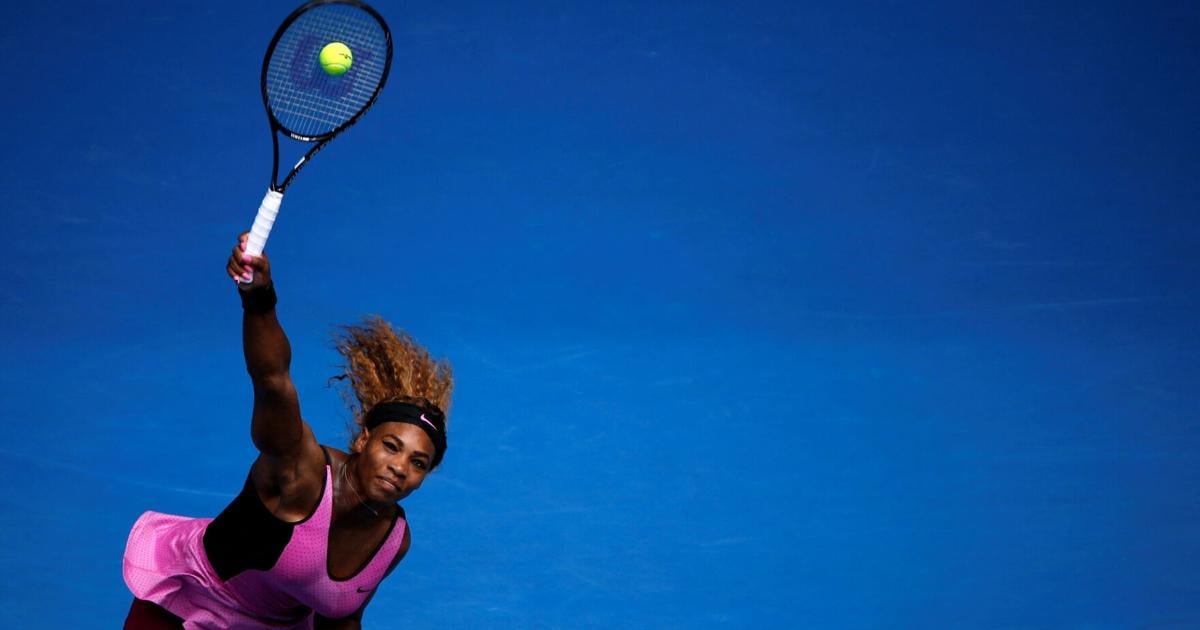 Saying “the countdown has begun,” 23-time Grand Slam champion Serena Williams announced on Tuesday that she was ready to step away from tennis so she could focus on having another child and her business interests, presaging the end of a career that transcended sport.

In an essay published Tuesday by Vogue magazine and an Instagram post about the kind of direct fan communication favored by celebrities these days, a category in which she most certainly fits Williams wasn’t entirely clear. on the timeline of her last match, but she gave the impression that it could be at the US Open, which begins August 29 in New York.

“There comes a time in life when we have to decide to go in a different direction. That time is always difficult when you love something so much. My God, I love tennis. But now the countdown has begun “Williams, who turns 41 next month, wrote on Instagram. “I need to focus on being a mom, my spiritual goals, and finally discovering a different, yet equally exciting Serena. I’m going to savor these next few weeks.”

Williams, one of the greatest and most accomplished athletes in the history of her sport or any other sport, wrote in the essay that she doesn’t like the word “retirement” and prefers to think of this stage of his life as “evolving away from tennis”. , to other things that are important to me.”

“I feel so much pain. This is the hardest thing I could imagine. I hate it. I hate having to be at this crossroads,” she wrote. “I keep saying to myself, I wish it was easy for me, but it’s not. I’m torn: I don’t want it to be over, but at the same time I’m ready for it. the following.”

That she publicly contemplates the end of her playing days is not so surprising to anyone, given her age, her 10 Grand Slam titles after turning 30 are unmatched, her injury history and her recent record: a win in a singles match in the last 12 months (that win came Monday in Toronto; she’s due to play again Wednesday).

Her status as an athlete and pioneer is obvious to everyone.

“Serena Williams is a generational, indeed multi-generational talent who has had a profound impact on the game of tennis, but an even greater influence on women in sport, business and society. At a time when our nation and the world have struggled with core identity issues, Serena has become a singular example of the best in humanity after overcoming countless hurdles to her participation and ultimate success,” said the tournament director of the US. Open, Stacey Allaster. “She leaves an indelible legacy of grace and courage that will inspire athletes, women and men, for many generations to come. We cannot thank her enough for all she has done for our sport.”

US Tennis Association spokesman Chris Widmaier said the organization would “operate on the assumption that this will be Serena Williams’ last US Open”.

It is the last Grand Slam event of the year and the one she has won six times, most recently in 2014, to go with seven titles each at Wimbledon and the Australian Open, plus three at the French Open, during a career notable for its heights and longevity.

She also boasts 14 Grand Slam doubles championships, all won with her older sister, Venus, who is part of a remarkable story of two siblings from Compton, Calif., who grew up to both be ranked No. , winning dozens of trophies and dominating the game of tennis to extend a story told in the Oscar-winning film “King Richard.”

Venus, who is 42 and still competing, was the first in the family to break through, reaching her first Grand Slam final at the 1997 US Open. But it was Serena who quickly overtook her sister, winning the 1999 US Open as a 17-year-old, then adding 22 more such triumphs (Venus won seven major singles titles), eventually establishing himself as a one-of-a-kind superstar. , known for much more than her talent with a racquet in her hand.

The young Williams was armed with a serve as efficient as ever, powerful forehands and backhands, instincts and speed that allowed her to cover every inch of a court and go from defense to defense. attack in the blink of an eye, and with an enviable will to win. This unrelenting desire to be the best has helped make her the best and has also occasionally gotten her into trouble with chair umpires during matches, most infamously in the 2018 US Open final. she lost to Naomi Osaka, a woman more than a decade younger who grew up idolizing Williams, like so many players today.

The official Wimbledon Twitter feed posted this message on Tuesday above a photo of Williams: “Some play the game. Others change it.”

“I don’t particularly like to think about my heritage. I get asked a lot of questions about it and I never quite know what to say. But I’d like to think that through the opportunities I’ve been given, female athletes have the feeling that they can be themselves on the court,” Williams wrote. “They can play aggressive and pump their fists. They can be strong but beautiful. They can wear whatever they want and say whatever they want and kick ass and be proud of it all.”

The American has won more Grand Slam singles titles in the professional era than any other woman or man. Only one player, Margaret Court, has collected more, 24, although the Australian won some of hers in the amateur era.

“I would be lying if I said I didn’t want that record. Of course I do. But day to day, I really don’t think about her. If I’m in a Grand Slam final, then yes, I am. . thinking about that record,” Williams said. “Maybe I thought about it too much, and it didn’t help. From my point of view, I should have had more than 30 Grand Slams.”

But, Williams went on to write, “These days, if I have to choose between building my tennis resume and building my family, I choose the latter.”

She and her husband, Reddit co-founder Alexis Ohanian, have a daughter, Olympia, who turns 5 on September 1.

“Believe me, I never wanted to have to choose between tennis and a family. I don’t think that’s fair,” said Williams, who was pregnant when she won the 2017 Australian Open. for his last Grand Slam trophy. “If I was a guy, I wouldn’t be writing this because I’d be out there playing and winning while my wife did the physical labor to expand our family.”

Williams said she and Ohanian wanted to have a second baby and wrote, “I definitely don’t want to be pregnant again as an athlete. I have to be two footed in tennis or two footed.”

She was absent from the tour for about a year after suffering an injury in her first round match at Wimbledon in 2021. She returned to singles competition at the All England Club in June and lost in the first round.

“Unfortunately I wasn’t ready to win Wimbledon this year. And I don’t know if I’ll be ready to win New York,” Williams wrote in her essay. “But I will try.”

Williams hints in the Vogue essay that the US Open will be her last tournament, but doesn’t say so explicitly.

“I’m not looking for a ceremonial, final moment on the court,” Williams wrote. “I suck at goodbyes, the worst in the world.”