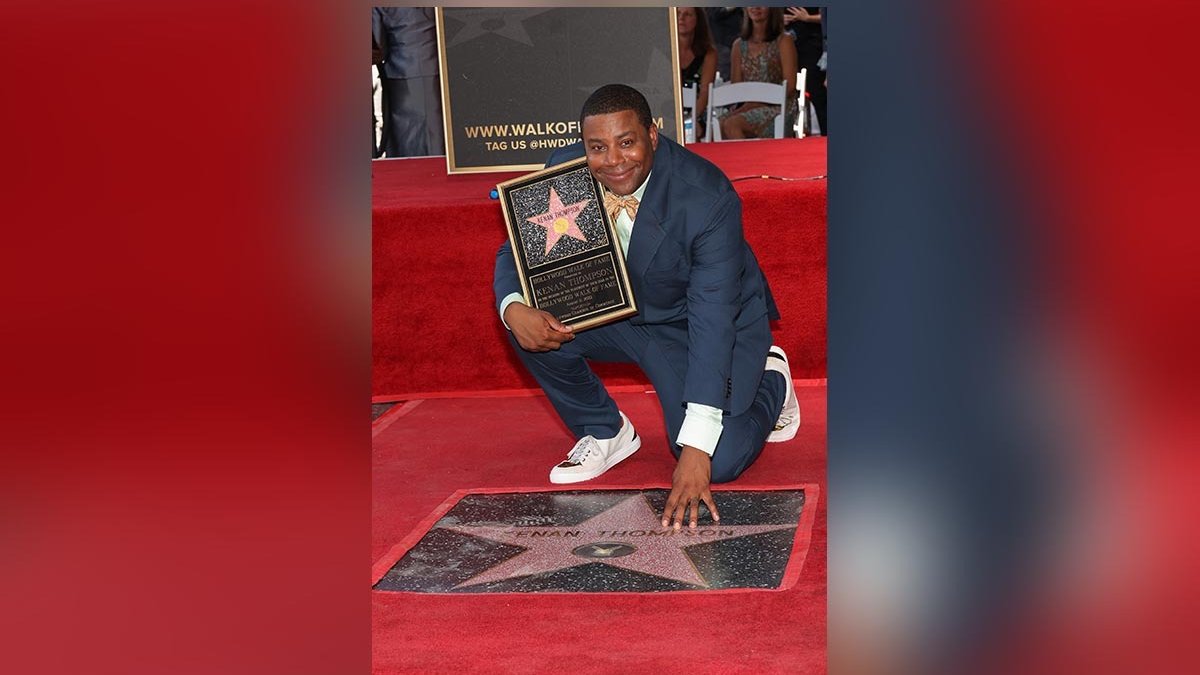 A star on the Hollywood Walk of Fame was unveiled Thursday in honor of Kenan Thompson for a television career that includes a record as a “Saturday Night Live” cast member, six Emmy nominations and an Emmy award. .

The star will star alongside longtime “Saturday Night Live” producer Lorne Michaels. It is the 2,728th star since the Walk of Fame was completed in 1961 with the first 1,558 stars.

The ceremony comes two days after NBC and the Television Academy announced that Thompson will host the 74th Emmy Awards and is tied to the start of its 20th season on “Saturday Night Live” this fall.

The ceremony was broadcast on the Walk of Fame website.

Born May 10, 1978, in Atlanta, Thompson’s first TV project was on TBS’s “Movies for Kids” children’s show, where he rewatched “The Mighty Ducks” and met some of its cast, which led to to his film debut in his 1994 sequel, “D2: The Mighty Ducks.” He also appeared in the franchise’s third film, “D3: The Mighty Ducks”, released in 1996.

Thompson joined the cast of “Saturday Night Live” in 2003, its first actor to be born after its 1975 premiere.

Thompson received Emmy nominations for Outstanding Supporting Actor in a Comedy Series in 2018, 2020, and 2021 for his work on “Saturday Night Live,” which notably provided impressions from the Reverend Al Sharpton, Charles Barkley,
Steve Harvey and David Ortiz, and playing characters such as DJ Dynasty Handbag, the scathing and fierce co-host of the “Deep House Dish” skit, “Weekend Update” correspondent Jean K. Jean, host of “Black Jeopardy “Darnell
Hayes and Diondre Cole, the disruptive singing talk show host on the recurring “What Up With That” skit.

Thompson also received two Emmy nominations for Outstanding Original Music and Lyrics, winning in 2018 for being one of three lyric writers for “Come Back, Barack.”

Thompson starred in the 2021-22 NBC comedy “Kenan,” receiving Outstanding Lead Actor in a 2021 Emmy-nominated Comedy Series for his portrayal of an Atlanta morning TV show host and the widowed father of two girls.

Thompson’s other film credits include starring roles in the 1997 theatrical comedy, “Good Burger”, based on an “All That” skit, and “Fat Albert”, “Heavyweights”; “The Adventures of Rocky and Bullwinkle”; “Snakes on a Plane”; “Brother Nature”, “My Boss’s Daughter”, “Barbershop 2”, “Going in Style”, and “They Came Together”.

Thompson has also provided voiceovers for animated films and television series such as ‘The Grinch’; ‘Trolls World Tour’; “Wonder Park”, “The Smurfs” and its sequel “The Smurfs 2”; “SpaceChimps”; “The Awesomes”; and “Rock Dog”.

Thompson’s other television credits include “Felicity” and “The Steve Harvey Show.”

Videos of Kevin Federline of Spears being a mother backfire