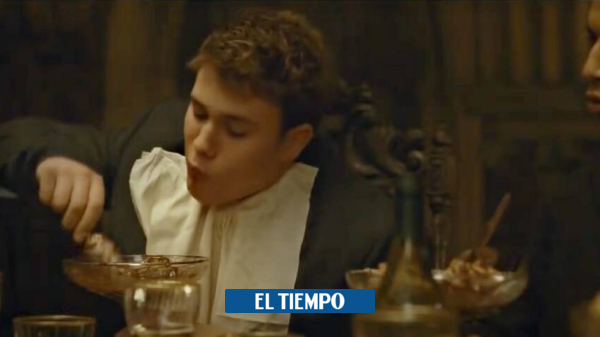 Once the recordings of the last film of this saga have been completed, the young man was stabbed in a night establishment in the town of Sidcup, England, after defending his younger brotherSince then, he was angry that he lost a fight a few days ago.

Robert Arthur Knox was born on August 21, 1989 in London, England. From the age of five, he started in the world of theatre. The British had participated in several castings, landed his first supporting role in the 2000 crime drama film The Bill.

(Keep reading: one of the geniuses behind Pingu dies at 85).

Since then, Knox has starred in various film and TV projects: Trust Me I’m a Teenager, Himself, The Silence of the Clams, and Drake & Josh, Merry Christmas.

To finish, He played Hogwarts student Marcus Belby in the sixth and seventh Harry Potter films.

On Saturday May 24, 2008, the Briton had gone out with his brother and several of his friends to a well-known bar in London.

Robert’s younger brother had had a confrontation a few days earlier at the same location, with 21-year-old Karl Bishop.

That night, Bishop stood at the entrance to the nightclub with two knives, waiting for Knox’s group of friends to arrive at the establishment. The assailant stabbed the famous multiple times in the chestafter defending his friends from the attacker.

The ambulance arrived instantly to transport him to a London hospital, but He died a few hours later because he had lost too much blood.

(Also: The impressive transformation of the tender ‘Frijolito’, the boy from the novel ‘Amarte asi’).

News of the boy’s death spread through the British media. Additionally, his cast mates were present at the funeral.

Similarly, the producer of the saga, Warner Bros., issued an official statement expressing condolences to the family of the deceasedand pointed out that the event had shocked the entire company.

On March 4, 2009, Karl Bishop was convicted of Knox’s murder by the Old Balley Court in London. He was sentenced to life imprisonment for the murder and injuries he committed on the companions of the famous.

The prosecutor handling the case, Brian Altman, told the trial that the killer had knives like others carry pencils in their pockets stab people, because it looked like a trade advantage

After the announcement of the verdict, the mother of the deceased, Sally Knox, assured that she would campaign to eradicate violence with knives. We’ll work to make sure he didn’t die in vain.the woman said at a press conference in a London media.

In memory of Arthur

During the Bexley Film Festival, which took place in June 2009, it was decided to change the name to The Rob Knox Film Festival.in order to pay tribute to the artist.

Additionally, a concert was developed to pay tribute to the actor, which took place at St John the Evangelist Church, Sidcup in May 2010. Musical groups such as Live Politics, DJ Ironik and others created a totally free show for the actor. .the people who attended the event.

Even at the premiere of the feature film Harry Potter and the Half-Blood Prince, the cast and production crew wore white handcuffs to pay homage to the young man.

The Horrific Tragedies and Accidents Great Artists Have Witnessed

The luxurious life of Mompha, 10, the richest child in the world

Skimo: the ‘secrets’ of the Nickelodeon series and what its actors do

The difficult life of the one who called herself a victim and became a meme: what happened to her?

A Bad Thursday For Bollywood – Now Comes Our Friday