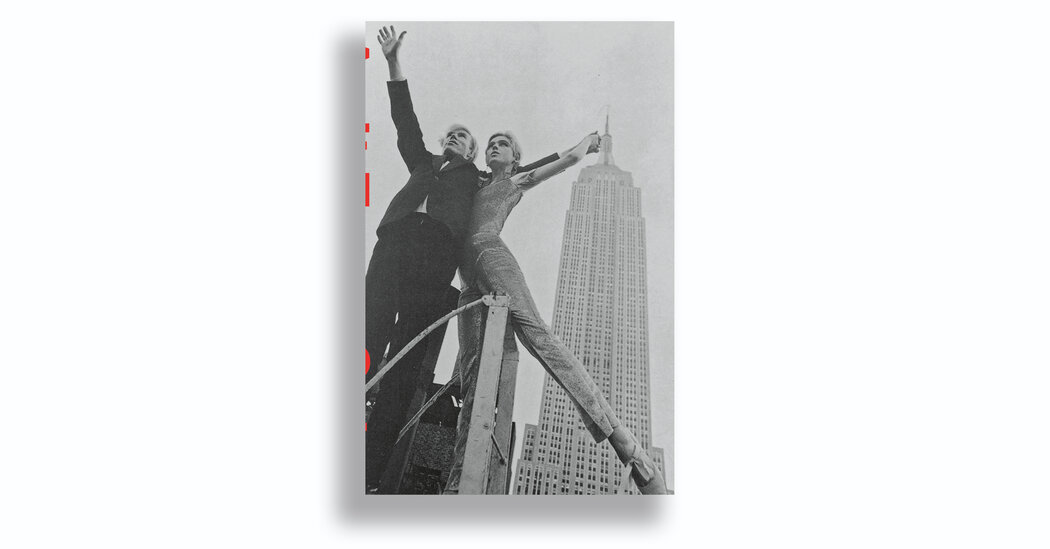 AS IT TURNS OUT
Thinking of Edie and Andy
By Alice Sedgwick Wohl
Illustrated. 259 pages. Farrar, Straus & Giroux. $28.

Growing up in the first half of the last century, Alice Sedgwick Wohl learned, among many other draconian rules of WASP etiquette, that it was wrong to begin a letter or even a paragraph with the pronoun I. Although the letters and even paragraphs might now be as threatened as arctic ice caps, Wohl defiantly wrote an entire book in the first person singular. Her end-of-life memoir, As It Turn Out, published just before her authors’ 91st birthday, is beautiful, if not downright joyous.

Wohl was the first child of eight children in a family of distinguished birth and uneven mental health, the Sedgwicks, who moved from Cold Spring Harbor, NY, to a ranch estate in California. On one of these properties they found oil, fortifying their diminished fortunes. Their rich ancestry included Theodore Sedgwick, a House Speaker under Thomas Jefferson; Ellery Sedgwick, longtime editor of The Atlantic Monthly; and Ellery’s brother, Henry Dwight Sedgwick, a prolific popular historian who knew and disliked Henry James in particular. Raised not to talk about anything personal, Wohl writes, I am uncomfortably aware that the mere recitation of facts like these can amount to bragging.

The seventh child, Edie, would become Andy Warhol’s famous and doomed muse as the ’60s turned sour (she died of a barbiturate overdose in 1971, aged 28). Wohl’s book lassos around the couple’s double star, but returns in a touching way to second child Bobby, whom Alice was close to and who in 1965, aged 31, fatally collided with a city bus while that he was riding his motorcycle. Another younger brother, known as Minty after his middle name, Minturn, had committed suicide the previous year.

Silly nicknames were another WASP custom (Henry Dwight was called Babbo), and often they stung. Minty hated her sobriquet, according to Edie: An American Biography (1982), the oral history edited by Sedgwick’s intimates Jean Stein and George Plimpton, to which As It Turns Out serves as a kind of companion volume. (There have been several other books, documentaries, and a feature film centered on Edie, but none have the clout of the Stein-Plimpton collaborations.) Alice herself was called Saucie because her father, Francis Sedgwick, believed that she looked like a sausage at birth; Francis, a sculptor with a carefully groomed Charles Atlas physique, continually worried about Alice’s weight. To his friends, he was known as Duke, which hints at his self-esteem, a facade after nervous breakdowns that torched banking and military careers. Before his marriage to the patient Alice Delano de Forest, a psychiatrist had advised him not to procreate.

For the Von Trapp-like brood he stubbornly spawned anyway, baptized in a lot on the terrace, Francis was not dad but Fuzzy, a nickname borrowed from the nickname of his high-born stepfather. He wasn’t fuzzy, was he as the old nursery rhyme says, but cruel and abusive, spanking with a hairbrush, calling Minty an old woman and a sissy and writing a hurtful roman key, The Rim, about his own womanizer. Edie said that she not only met Fuzzy in the act, which led to him slapping her and shooting her full of tranquilizers, but she herself suffered his sexual advances when she was not. was only 7 years old. The fact that I find it hard to believe doesn’t mean some of it couldn’t have been true, writes Wohl, who has witnessed Fuzzy’s jealous, seductive behavior and shocking racism herself. .

A translator of art books, an understandable choice of profession given the strange codes she was forced to interpret growing up, Wohl adds sensitive nuance and texture to the group portrait of the Sedgwicks that emerged in Edie and a stream of light. She describes lying on haystacks watching meteors in the night sky, carrying a trout that she and Bobby brought home in his moccasin for her father’s enjoyment, and riding a beloved gray gelding called Grenadier . Only the music, only a symphony by Brahms, comes close to the sensation of these prelapsary gallops, she writes.

With its primitive and sometimes barbaric rituals (branding of cattle, etc.), the isolated ranch was a painstakingly constructed duchy of the Dukes, opposed and yet parallel in some respects to the hypermodern tinfoil kingdom of Warhols Factory: each of the two worlds was dominated by a powerful male. figure, one gregarious and priapic, the other shy and deliberately swish, Wohl points out. Everyone was obsessed with appearances; everyone was fogged up with narcotics. Warhol, the working-class Byzantine Catholic from Pittsburgh, also handed out amusing nicknames.

As It Turns Out offers Wohl the opportunity, with a decades-long perspective, to revisit some of the comments she made to Stein about the artist, to acknowledge his creative and emotional breadth and his prescience. I’m ashamed to see the superficial things I said, she wrote. I just didn’t understand it. She finds her trick of dismissing personal issues with a simple so what particularly handy.

Wohl is also determined to refine the popular impression that her little sister was an innocent victim of Warhols Svengali. She wasn’t Miranda in The Tempest, Wohl writes, she was more like a feral creature emerging from captivity, who was carrying a copy of A Tale of Two Cities for show and initially mistaking her project for silver-haired lookalikes for Pop-Tart. In this tale, Edie, blessed or cursed with exceptional beauty, is spoiled by her parents and develops an overbearing personality, becomes a reckless shopaholic with few skills other than ordering stuff over the phone, naughty and totally kinetic ( or any zoom zoom zoom, as the eighth child, Suky, liked to say) really a kind of pain, whose enduring mystique is only due to the rise of image culture.

Wohl maintained what sounds cool about this difficult sister, learning her precise date of birth from a 2015 Vogue article and expressing surprise that the magazine is still celebrating Edie. A few of his passages land like a stubborn, perhaps self-protective nave. I knew about the drugs, but I didn’t know she drank, she remarks of Edie after seeing her order vodka in a Warhol movie. In a breath, Wohl wonders why no one has found Edies gorging and purging herself in filthy fancy restaurants; in the next shes noticing bingo that her sister always picked up the bill.

The Sedgwick children’s grandmother, a member of the Colony Club so stratospherically snobbish that she found the Social Register vulgar and the Vanderbilts too much, once boasted that her bare feet had never touched the ground. Luckily for Wohl and her readers, she managed to dig deep into the dirt, wiggle her toes, and then run the full distance.