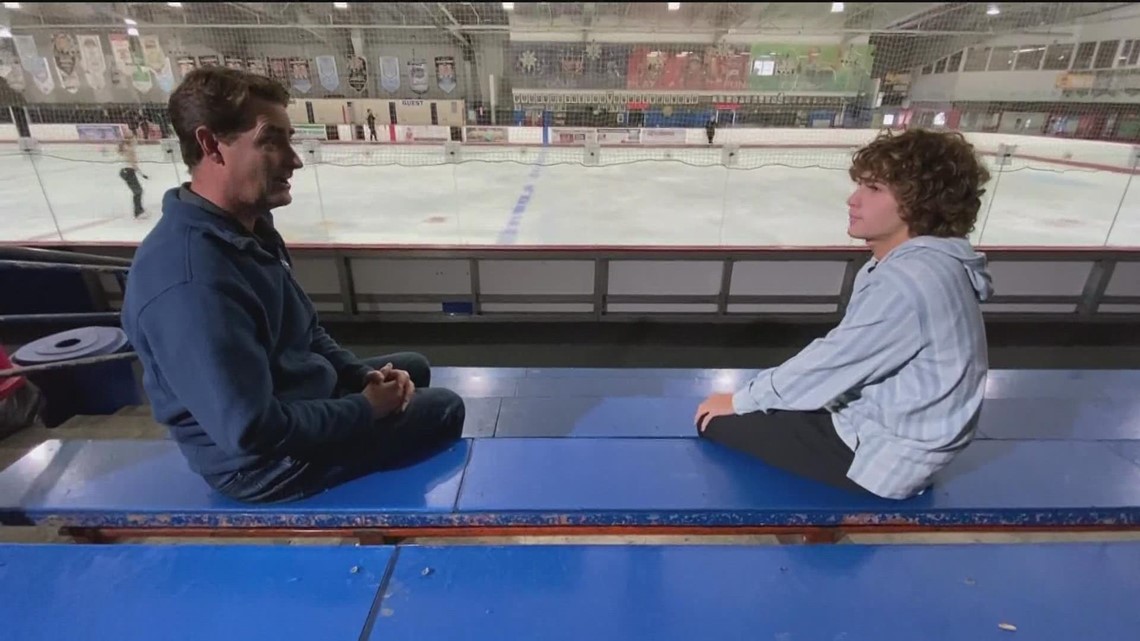 Noah Baird has traded in his surfboard for ice skates for a role in Disney’s Mighty Ducks: Game Changers.

SAN DIEGO Before 16-year-old Noah Baird could star in the second season of Disney’s Mighty Ducks: Game Changers, the Carlsbad actor had to find a hockey rink in a hurry. In this Zevely Zone, I visited the San Diego Ice Arena in Mira Mesa.

Southern California isn’t known for ice or hockey, but it’s a show that had to go on. “I was excited and I was nervous,” said Noah, who is a junior at Sage Creek High School.

Noah loves to surf, but putting on ice skates was another story. Especially when the casting team asked Noah to do a skating audition tape.

“I did,” laughed Noah. He sent the video to the creators of the series and got the part! Her mom Becky laughs at the thought of suddenly becoming a hockey mom. “Oh my God, who would have thought? Becky said.

Noah’s mom doesn’t know anything about sports and that makes the two of us. For this story, I called CBS 8 hockey consultant Eric Kahnert.

Although Disney sent Noah to hockey school, Eric, our CBS 8 morning anchor, had his own advice. “Here we go, Noah,” Eric said. “We have to see if this guy knows how to throw a puck.” Eric was the captain of his USC hockey team and the school’s first All-American. He played at USC from 1998 to 2002.

Eric may be a star at the rink, but Noah knows a few celebrities of his own. He showed me a photo of him mugging with Maya Rudolph and Ana Gasteyer. I first met Noah when I was 11 years old. He appeared on the Broadway show “Matilda the Musical” and in a New York production of “A Christmas Story: The Musical.” He also co-starred on Fox TV’s “A Christmas Story: Live.”

Eric and Noah passed the puck up and down the ice. “When I found out that Noah had gotten this role, I said well done Noah!!” said Eric.

Noah will play the role of Fries in the series. His character is the little brother of an arrogant hockey player who thinks fries can only be an accompaniment to the main course. “I’m sure people are going to love it, it was great fun to film and just knowing what I saw on set and knowing how much fun everyone had was going to be awesome,” said Noah.

The Mighty Ducks are still underdogs, which means we should expect a miracle from Disney, right? “No spoilers unfortunately, we have to wait, September 28th it comes out anyway”, laughed Noah. As for our feel-good story, it ended with Noah scoring a goal. Or as Eric called it, “He sees Noah Baird high in the slot, here comes the pass, he shoots, he scores!! Yeah!!!!.”

RELATED: The Stage Is Set For Local Child Actor To Hit It Hard

The second season of Mighty Ducks: Game Changers will premiere on Disney plus on September 28.

Deepak Chahar’s Sister Malti Chahar Makes Her Bollywood Debut: All About The Model, In PICS | New