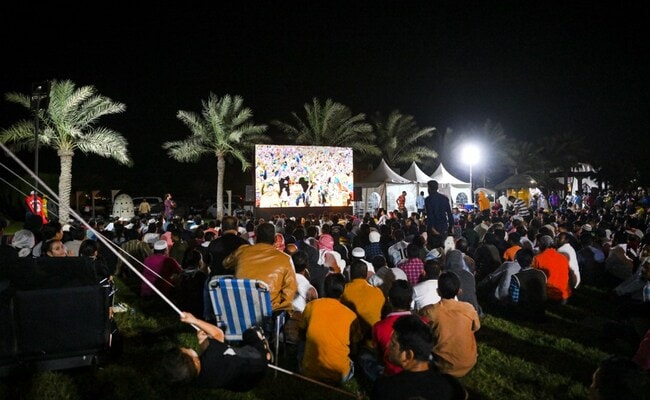 Shafeeq Saqafi paid three dollars for the Argentina shirt he proudly wore as he sat with 15,000 other migrant workers in a hidden corner of Doha to watch Lionel Messi’s side save their World Cup.

Messi’s goal in the 2-0 win over Mexico caused the biggest crowd seen at the Asian Town stadium to rise and Saqafi thumped his chest in delight.

Saqafi and his friends bristle at suggestions from European media that they are “fake fans”, but readily admit they buy counterfeit team shirts for $3 or less, instead of the $90 official kit.

“I couldn’t afford to have the letters printed on the back, but the shirt was something I really wanted,” said the 32-year-old hotel worker who earns just over $400 a month and returns more than half to his family in Bangladesh.

Saqafi is one of 2.5 million foreign workers who have been the foundation of Qatar’s economic miracle – helping to pump oil and gas, build its World Cup stadiums and infrastructure, and staff staff the dozens of new hotels that have opened over the past five years.

Rights groups say the workers have been massively mistreated. Qatar points in response to increased safety standards and wage protections in factories and on outdoor construction sites, and reduced working hours during Qatar’s notoriously hot summer.

The stadium, in the Asian Town shopping complex on the outskirts of Doha, has become a daily draw for thousands of poorer workers who live in nearby dormitories, far from Doha’s glitzy shopping malls and restaurants.

A female DJ entertains the mostly male and South Asian crowd before each game with Hindi pop songs and Bollywood videos.

For the most part, the fan zone on the cricket ground is closest to the World Cup. The legal minimum wage is 1,000 riyals ($100) and there are still many earning that.

Buying an official team jersey is also out of the question. So Saqafi and several of his friends bought one of the high quality counterfeits for sale in street shops.

Yaseen Gul, who has worked for a Doha electricity company for a decade, said he came to the stadium “to have fun – at a lower cost”.

“Qatar is very hard, the work is hard,” he said. “But my salary has improved and I won’t be going home.”

Shaqeel Mahmoud said he couldn’t afford match tickets and had to leave the match against Argentina before the end because he had to go to work.

A cup of tea at the stadium beverage stand costs a dollar, but many fans said that was too much too.

“There’s no pressure to buy anything, so I’m grateful for that,” Bangadeshi Shaqeel said.

Featured Video of the Day

Donald Trump: I don’t know the neo-Nazi Kanye West brought to have dinner with me!