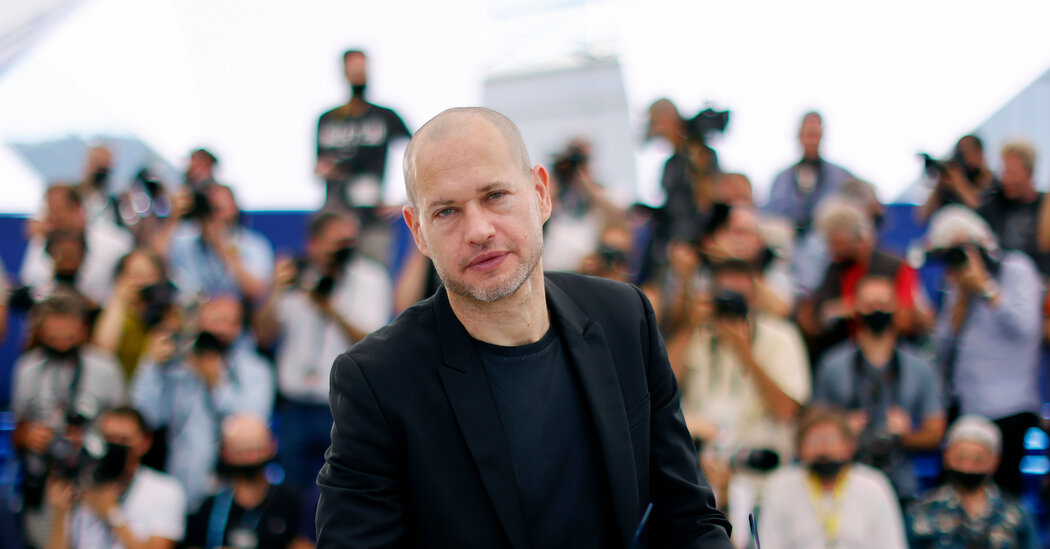 NEW DELHI A prominent Israeli filmmaker who harshly criticized a popular but controversial Indian film at a government-sponsored film festival faced a police complaint on Tuesday as Israeli diplomats rushed to apologize .

Filmmaker, Nadav Lapid, used his closing speech at the festival, which was taking place in the Indian state of Goa, to criticize The Kashmir Files, a feature film in Hindi depicting a violent chapter in the restive region of Jammu and -Kashmir under Indian administration. during which members of the Kashmiri Pandit community were persecuted, attacked and killed.

The violence and subsequent exodus of Kashmiri Pandits, a Hindu minority in the Muslim-majority region, occurred during a militant insurgency against Indian rule in the late 1980s and early 1990s. , a blockbuster hit that includes graphic scenes of violence, has been heavily promoted by India’s ruling Hindu nationalist party, the Bharatiya Janata Party, as a moving reflection of a sordid chapter in Kashmir’s history.

The BJP-controlled state governments fully endorsed the film. Government employees were given time off to see the film and got tax breaks on tickets. The party paid for movie tickets for party workers and then organized screenings.

Some film critics and opposition politicians, however, found the film dangerously and unnecessarily provocative. The film supports a BJP narrative of Hindu persecution to emphasize subjugation, an often-repeated theme in political speeches and in top government officials’ efforts to rewrite India’s history, featuring violence committed by Muslims against Hindus.

The filmmaker, Mr. Lapid, released his review on Monday in remarks to the International Film Festival in India, where he was the president of the festival’s jury.

It struck us as a propaganda film, vulgar, inappropriate for a competitive arts section of such a prestigious film festival, Mr Lapid said.

I feel very comfortable to openly share these feelings here with you on stage, he added, because the spirit that we felt in the festival can certainly also accept a critical discussion, which is essential for art and for life.

The reaction to his remarks from Indian politicians, Bollywood actors, Israeli diplomats and members of the public was swift and harsh.

You should be ashamed, he added of Mr Lapid, complaining that the filmmakers’ speech had made it harder for Israeli diplomats to work in the country.

There was no immediate response to messages sent to Mr. Lapid for comment. But earlier during the festival, he told an entertainment publication in Goa that he was attending the festival not as an ambassador for Israel, but as an artist who travels the world in search of different cultures.

If I had wanted to represent Israel, I would have gone into diplomacy, he said in the interview.

Israel’s Consul General Kobbi Shoshani told a local TV news channel that he disagreed with Mr Lapid’s assessment of the film and that his speech was a big mistake.

Veteran Bollywood actor Anupam Kher, who starred in The Kashmir Files, also called Mr Lapids shameful comments, drawing a comparison between the Jewish Holocaust and the Pandit exodus from Kashmir.

It’s shameful for him to make such a statement, Mr Kher said on Twitter. The Jews suffered the Holocaust and he comes from this community.

Mr Lapids’ comments highlighted India’s growing polarization under BJP rule. While members of the main opposition Congress party said the hatred had finally been called, members of the BJP claimed that the truth about the Kashmiri pundits would prevail.

On social media, some Indian writers and members of the political opposition defended Mr Lapid’s right to criticize the film on its merits.

In India, the response to The Kashmir Files, which was published in March, was deeply divided along political and sectarian lines. Nevertheless, it is a commercial success. Although it lacked song and dance numbers, a hallmark of Bollywood films, the film was an instant hit, grossing over $43 million in sales worldwide. It cost about $2 million to manufacture.

The festival presented more than 280 films from 80 countries. Anurag Thakur, India’s Minister of Information and Broadcasting, has praised Israel’s Netflix series Fauda. The series is a hit in India and its fourth season premiered at the festival.

Mr. Thakur also spoke, in Hebrew and English, of the growing ties between the two countries.

We have conflicts in the neighborhood, he said. At the same time, we have thousands of years of history.

India will be the content hub of the world in the near future, Mr. Thakur added. It’s a good time to collaborate, reach out and make films around these stories that are not told to the world. India is the place and Israel is the right partner.

Mr Lapids’ comments also undoubtedly embarrassed Prime Minister Narendra Modi’s government, which organized the festival, and paid particular attention to India’s increasingly close relationship with Israel. The government found itself on Tuesday in the awkward position of trying to distance itself from a chief juror whom its festival committee had selected and given a platform.

His attempt to politicize the IFFI platform, which celebrates diversity in cinema through stories, narratives and interpretations by filmmakers, is unacceptable and condemnable, government spokesperson Kanchan Gupta said on by Mr. Lapid, and referring to the International Film Festival of India, the official name of the event.

Mr. Lapid is welcome for his personal opinions, but the IFFI platform is not intended to disseminate those opinions, he added.

Dancing in a wonderful world, entertainment