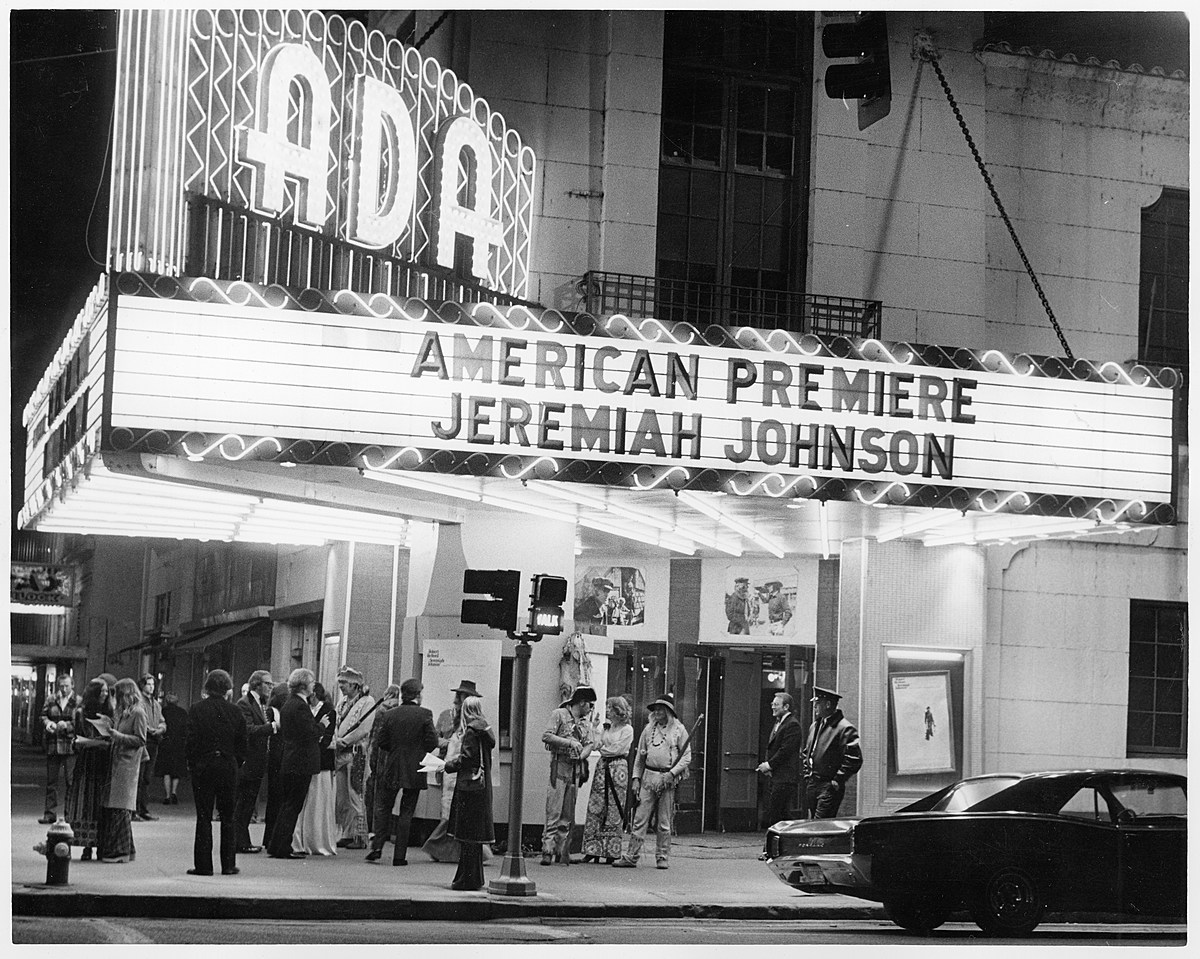 On December 2, 1972, Boise’s intersection between 7th and Main looked more like Los Angeles’ intersection between Hollywood and Highland. Two members of Hollywood’s elite, actor Robert Redford and director Sydney Pollack arrived at the Ada Theater to attend the US premiere of their film ‘Jeremiah Johnson’.

Most American film premieres take place at Grauman’s Chinese Theatre, The El Capitan or Grauman’s Egyptian Theatre. It’s almost unheard of to make a big studio movie anywhere outside of Hollywood. So why did ‘Jeremiah Johnson’ premiere in Boise? The story is fascinating.

What is “Jeremiah Johnson” about?

“Jeremiah Johnson” was originally meant to be a biopic of the real-life mountaineer of the same name. Warner Brothers has acquired the rights to Johnson’s biography crow killer by Raymond W. Thorp, Jr. and Robert Bunker. Casting was difficult. The role of Jeremiah Johnson was turned down by two actors, one being Clint Eastwood, who decided to do “Dirty Harry” instead. Eventually they landed on Robert Redford, who convinced his friend Sydney Pollack to direct it.

Late in the filming process, Boise Foothills resident Opal Fisher heard about the film and thought much of the plot resembled her late husband’s 1965 novel, mountain man. Opal was the widow of Idaho author Vardis Fisher. According to Alessandro Meregalia, an archivist/librarian and associate professor at Boise State University, she was a “force to be reckoned with.” She contacted the studio and Sydney Pollack and allowed them to make it right before accusing them of plagiarism. They eventually agreed on a license fee of $5,000.

Why was the US premiere of “Jeremiah Johnson” held in Boise, Idaho?

Warner Brothers wanted the American premiere in Hollywood. Robert Redford wanted it in Utah, but Opal insisted it happen in Idaho. The correspondence plays out in back-and-forth letters that now reside in Boise State University’s Special Collections and Archives. Once it was determined that the premiere would take place in Idaho, the Ada Theater was the obvious choice. The theater opened as it is known today, the Egyptian Theater, in 1927. Tickets for the event were $25.

Vardis Fisher’s mountain man was re-released to coincide with the film’s release with a cover photo by Robert Redford and selling over 500,000 copies.

Where was ‘Jeremiah Johnson’ filmed?

The film was shot at Sundance, Utah, and was the first western to screen at Cannes. It still performs well on modern platforms like Rotten Tomatoes, where it currently holds 95% on the Tomatometer and an Audience Score of 89%.

Who was in “Jeremiah Johnson?”

The film launched the career of screenwriter John Milius, who went on to write “Apocalypse Now” and many others. It was Robert Redford’s critically acclaimed debut performance. He also introduced us to 13-year-old uncredited actress Tanya Tucker, who would later become a Grammy-winning country star.

Director Sydney Pollack went on to achieve major hits like “The Way We Were”, “Tootsie” and “The Firm”. He won Best Director for “Out Of Africa” ​​at the 1985 Oscars.

50 years ago: Hollywood comes to Boise for the premiere of Jeremiah Johnson

Finding photos of the Boise premiere of “Jeremiah Johnson” is difficult. This may be the first time these photos have appeared on the Internet.

Did you know that these 15 great movies were filmed in the state of Idaho?

Idaho has everything a filmmaker could want to use in his films: mountains, white water, dusty back roads, farms, lava flows and quaint towns. Here are some of the movies that have benefited!