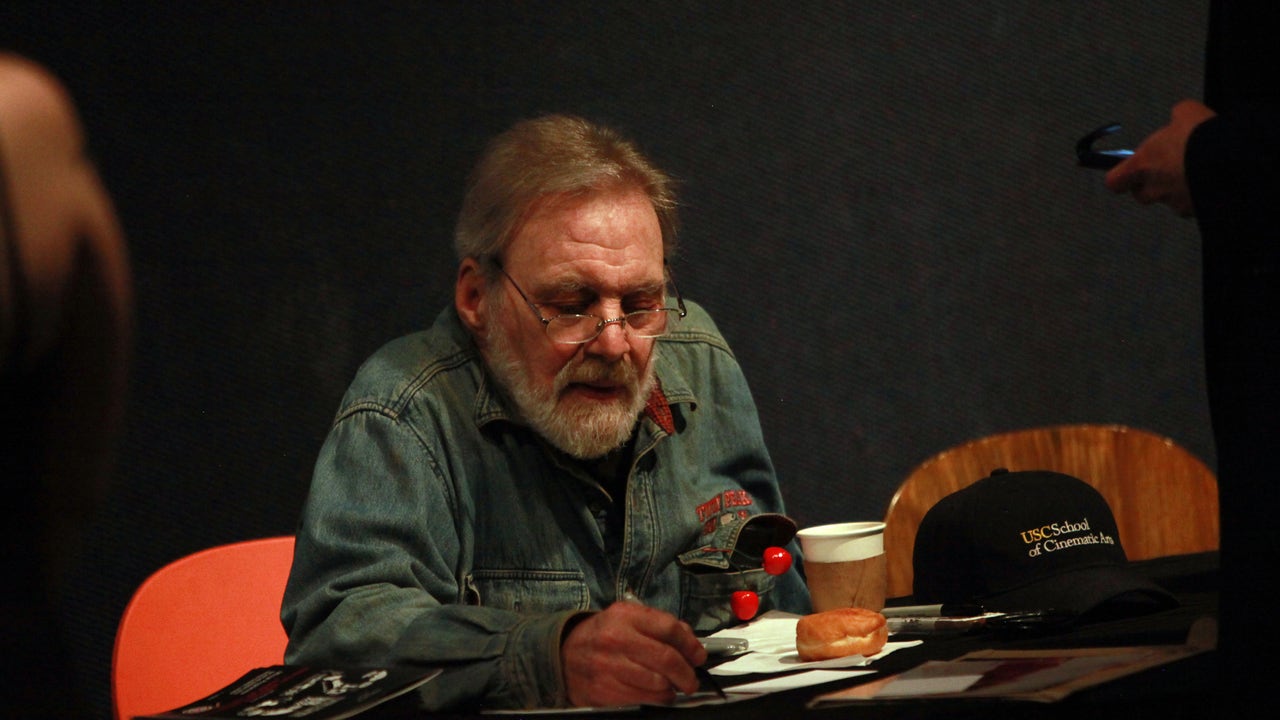 Actor Al Strobel who starred in the TV series Twin Peaks character Mike the One-Armed Man poses with a fan during the sixth annual Twin Peaks UK Festival at Genesis Cinema on October 3, 2015 in London, England. (Photo by Amy T. Zielinski/Getty I

Sabrina Sutherland, production coordinator of the original two seasons of “Twin Peaks” and executive producer of Showtime’s 2017 reboot, released the following statement regarding his death:

“Through the darkness of the future past and much sadness, we say goodbye to Al Strobel. He is an irreplaceable human being and will always be an important part of our Twin Peaks family.”

According Variety, Strobel lost his left arm in a car accident when he was 17 years old. In the series, his character Gérard was a traveling shoe salesman who had removed one of his arms to prevent a “sinister being” from taking over his body. Strobel appeared in 10 episodes of the original two seasons in 1990 and 1991.

Actor Al Strobel who starred in the TV series Twin Peaks the character Mike the One-Armed Man attends a Q&A with cast during the sixth annual Twin Peaks UK Festival at Genesis Cinema on October 3, 2015 in London, in England. (Photo by Amy

“What a warm, wonderful gentleman he was. RIP, my friend,” he said.

Actor Dana Ashbrook, who played Bobby Briggs in ‘Twin Peaks’, called him “the kindest of men”.