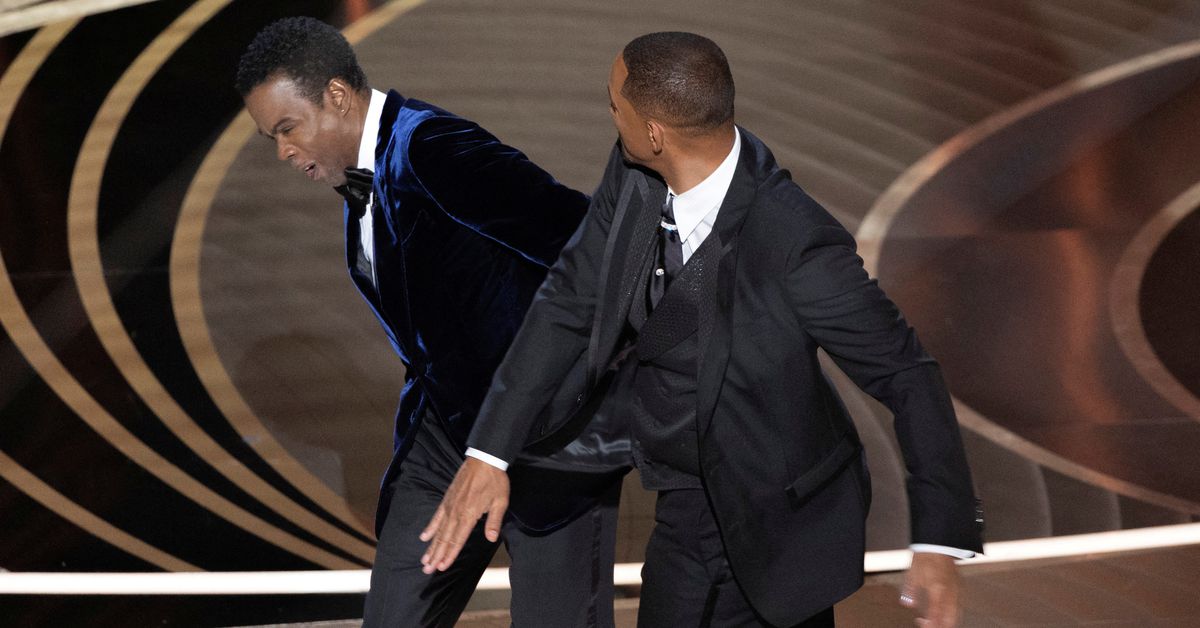 LONDON, Dec 5 (Reuters) – From a shocking slap in the face at the Oscars to a virtual ABBA taking the stage, this year has seen a range of entertainment stories dominate the headlines.

Here are some of the biggest.

* Will Smith slapped Oscar presenter Chris Rock in the face for making a joke about his wife’s hairstyle in a shocking moment that overshadowed Hollywood’s awards show. Smith won Best Actor.

* A tearful Adele postponed her Las Vegas residency the day before the concerts began, saying half her team had COVID-19 and the pandemic had caused delivery delays. She launched the shows 10 months later.

* Johnny Depp and Amber Heard clashed in a Virginia court after the actor sued his ex-wife claiming she defamed him when she called herself a ‘public figure representing domestic violence ” in an opinion piece. Heard counterattacked, claiming Depp defamed her when her attorney called her accusations a “hoax.” Depp won over $10 million in damages. The jury ruled for Heard on a counterclaim.

* The #MeToo cases continued, with disgraced Hollywood producer Harvey Weinstein, who is currently serving a 23-year prison sentence for sex crimes in New York, and is on trial in Los Angeles on 11 rape and assault charges sexual. Four have since been fired. He pleaded not guilty.

Actor Kevin Spacey has won a sexual abuse case against him in a civil trial in Manhattan. He appeared in a UK court to plead not guilty to sex offense charges dating back almost 20 years.

* Rapper Kanye West, who now goes by Ye, courted controversy with outbursts on social media, including anti-Semitic remarks, leading to the end of some ties with the companies – a move that took him out of the Forbes list of the world’s billionaires.

* Alec Baldwin and the producers of the western ‘Rust’ have reached a settlement in a wrongful death lawsuit brought by the family of cinematographer Halyna Hutchins, whom the actor shot while filming the last year. A New Mexico state attorney decides whether or not to bring criminal charges.

* Beyonce, Rihanna and Britney Spears have returned with new music. Kate Bush topped the charts with “Running Up That Hill” as the 1985 song enjoyed a resurgence thanks to the Netflix show “Stranger Things.” Swedish supergroup ABBA returned to the stage, albeit as digital avatars, or “ABBAtars”.