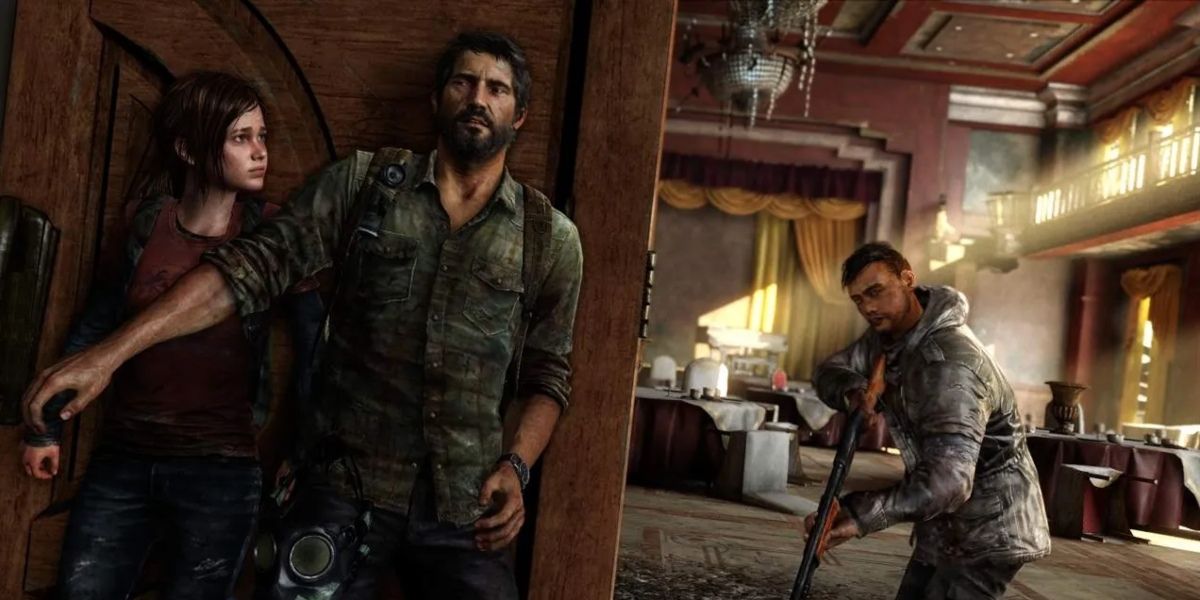 Troy Baker, the voice of Joel from The Last of Us, appears during the HBO show’s trailer in what looks like an adaptation of an iconic game scene.

The last of us Voice actor Troy Baker has joined the cast of HBO’s series adaptation of the popular video game.

YouTuber DomTheBomb tweeted a photo of the new HBO release The last of us trailer, revealing Baker, Joel Williams’ original voice actor, armed and walking alongside a hunting party. The snowy frame of the photo alludes to Baker being a henchman of David, the cannibal Ellie meets during The last of us‘ Winter Chapter. Later in the trailer, a member of the hunting party can be seen attacking Ellie with a butcher knife, mirroring her confrontation with David later in the game.

RELATED: The Last of Us: HBO Max Promo Previews Its Heartbreaking Opener

Baker, who announced his participation in The last of us adaptation in June, won’t be the video game’s only returning performer. Ellie’s voice actor, Ashley Johnson, also appeared in the trailer as a woman holding a baby, hinting that she’ll be playing Ellie’s late mother, Anna. Jeffrey Pierce, who voiced Joel’s brother Tommy – a role given to Diego Luna in the HBO series – will play an original character named Perry. Finally, Merle Dandridge will physically reprise her video game role as Marlene, the leader of the Fireflies militia who tasks Joel with escorting Ellie out of Boston, kicking off the events of the game.

HBO brings The Last of Us video game to life

The last of us the trailer also featured several appearances of supporting characters from the 2013 game and its DLC The Last of Us: Left Behind. These include Anna Torv as Joel Tess’ smuggling partner, Nick Offerman as reclusive survivalist Bill, Storm Reid as Ellie Riley’s childhood friend, and Lamar Johnson and Kievon Woodard as brothers. Henry and Sam, among others. Ahead of the trailer’s release, HBO released character posters for its main and supporting cast, as well as two posters of Joel and Ellie walking through the dystopian ruins of Boston.

RELATED: Pedro Pascal’s The Last of Us Character Is Another Dad Figure

Created by game developer Naughty Dog, The last of us is a post-apocalyptic game set twenty years in the future, where a mutated version of the real Cordyceps mushrooms has caused the downfall of civilization. Divided into four seasonal chapters, the game follows Joel, a hardened survivor who must take Ellie to a group of fireflies in hopes of developing a Cordyceps cure from her immune genetics. Besides its human characters, the HBO trailer featured several shots of The last of us‘ zombie-like Clicker monsters, including a full look at the Infected’ deadliest mutation: the Bloater.

This year, Naughty Dog released The Last of Us Part Ia complete remake of the game for the PlayStation 5. A The last of us table game called The Last of Us: Escape the Darkness is also in development.