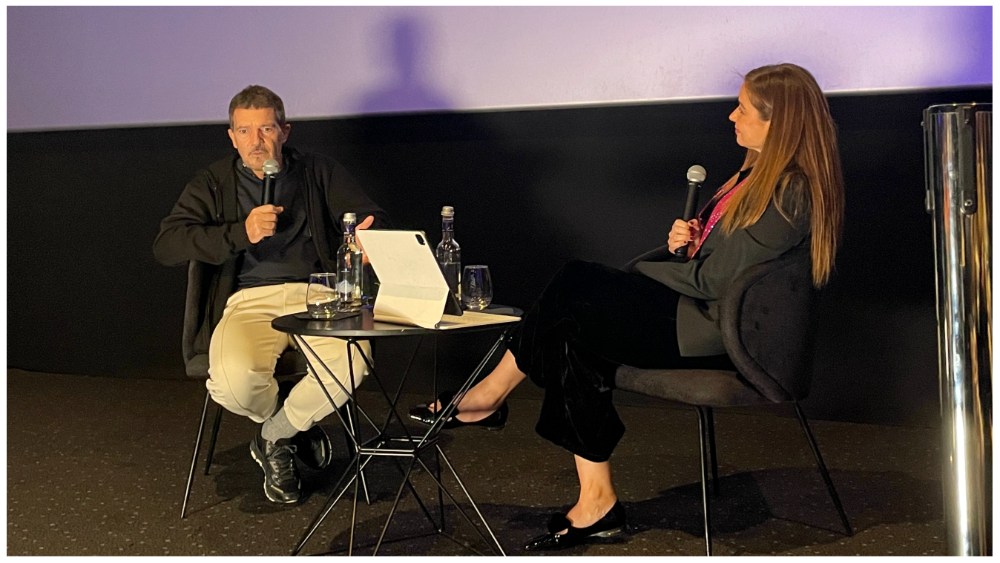 “In a way, this match represented the personalities of what is happening in our country right now,” Oscar-nominated actor Antonio Banderas said of the Spaniard’s elimination from the World Cup. by the neighboring country of Morocco. “The Spaniards didn’t know what to do. They were just passing horizontally, but the goal is there! So congratulations to Morocco. What the hell! I was surprised that the defeat didn’t hurt me so much. The other days, I would have spent three days depressed!

Banderas’ heartfelt congratulations to the Moroccan football team were met with great enthusiasm by the audience during his In Conversation event at the Red Sea Film Festival, where his latest, “Puss in Boots: The Last Wish “, is performed as part of Red Sea: Families and Children.

The actor went on to say that his ties to Morocco stem from his childhood years in Marbella. “I can see Morocco from my house. Moroccan culture was in my house. I had a relationship with them.”

This understanding of different cultures – and the ability to absorb them – has been a long-standing motif in Banderas’ career. Speaking about being Spanish in the United States in the early 90s, the actor said co-workers told him he should ‘play the bad guy’ because ‘that’s what we do here”.

Being able to shatter stereotypes is one of the reasons 1998’s “The Mask of Zorro” holds a special place in the actor’s heart. “It was important that I had a sword and a mask. And that the bad guy had blue eyes, was blond and spoke perfect English. It was important because it introduced the idea that there was a space for us And ‘Puss in Boots’ is even better because it speaks to children, and they have since very recently learned that the good guys can have an accent and the bad guys can speak perfect English.

“That’s why this festival is important, that it has been consolidated over time because it will bring talents from Arab countries to the world. It opens up a space to say ‘we have something to say and we’re going to do it on the big screen’ so I’m very happy to be here and champion this idea,” Banderas said of being in Saudi Arabia. .

“Movies can do those kinds of miracles too,” he concluded, before mentioning how many Hispanic actors and directors have managed to break through the glass ceiling since then. One of them, of course, is longtime Banderas collaborator Pedro Almodóvar. “Finding Pedro, or having him find me, was a game-changer. Not just from a cinematic standpoint but from a personal standpoint,” said the actor, who worked with the director in eight films including the autobiographical “Pain and Glory”, which earned him a Best Actor nomination at the 2020 Oscars.

“We were coming out of a dictatorship, the country was becoming a democracy. I remember coming out of my childhood just as my country was changing. Artists were coming and one of them was Pedro. They pushed social boundaries, moral boundaries. It wasn’t just what they did, but how they did,” he said, mentioning how Almodóvar’s early penchant for comedy allowed him to connect with people. “But as he grew, the depth of his films, the complexity, showed more and more. He started to lose a bit of humor and put something completely different on the screen .

“We didn’t work together for 22 years when I was working in Hollywood. Suddenly I came back to him in ‘The Skin I Live In’. It was a very daring film. Almodóvar was always the enfant terrible of Spanish cinema and it disturbed a lot of people. You have to be ready for that in art.

Although the actor is still very much in love with cinema, the theater is his only great love. Most of the conversation revolved around how Banderas focused not only on returning to the stage, but also on the way forward for others in his home country. “It’s an incredible satisfaction to have a private theatre, a highly professional non-profit organization. Between my two companies, I have almost 200 people working with me and we are growing. We are creating a school for technicians; we need managers, scenographers, directors… Professions which are magnificently linked to the theater, but which have no school in Spain.

“It’s for my city and my city,” he said, adding that the capital to fund his passion comes from his long-term partnership with Fragrantica, with whom he has worked for 27 years. “Fragrance allows me to do these things. And it smells good. »

Perhaps there’s one movie-related experience that can fill Banderas with the same level of adrenaline-soaked joy as theater: Indiana Jones. On being part of the franchise’s latest installment, the actor said, “My character isn’t very big but just being there is important, working with Harrison, being ahead of Indiana Jones. The premiere times that I was [on set], I went to the makeup trailer, turned around and saw Indiana Jones! With his whip and his hat! It was beautiful. It was great to be there.

Before bidding farewell, Banderas reinforced his desire to return to his theatrical roots, saying he’s “trying to do [his] career what it was at the start. He dwelt on the beauty of performing on stage every night, saying, “It’s beautiful to me when someone says ‘5 minutes’, the lights come on and I’m in the bubble. I can smell people. I’m with them, we’re doing something together. I can feel the emotions, I can feel the laughter — everything I communicate, I can feel. It’s intangible but it’s there. That’s why I’m an actor, not because of all the good things it’s done for me.”