The contrast was revealing. In Washington, Donald Trump shocked Americans by suggesting that the presidential vote in November should be postponed, saying it would be the most rigged election in history, if it happened.

That Republicans would join Democrats in quickly denouncing the idea was reassuring. But Trump was not taken aback. He will continue to divide, disrupt and sow doubt by trying, by all means, to cling to power.

In Atlanta, meanwhile, around the same time on Thursday, three former presidents joined thousands in mourning to remember the life of John Lewis, a black congressman and former associate of Martin Luther. King. Lewis was at the forefront of the long and bloody battle to ensure equal civil and voting rights for all Americans. While buried with full honor, Trump was dishonestly maneuvering to deny these rights.

Barack Obama, George W. Bush and Bill Clinton have very different views on many issues and come from different political traditions. But all three surely agree on the fundamentals of American democracy as meticulously laid out in the constitution and guaranteed by Congress and the Supreme Court. No president has the power or the right to interfere with election dates, even if he is lagging behind in the polls and so desperate to avoid defeat.

Hailing Lewis’ eulogy, Obama called for solidarity, not division. In the context of the George Floyd murder and the Black Lives Matter protests, he condemned the continued police brutality and white supremacist fanaticism. Sixty years after the era of George Wallace, the segregationist governor of Alabama, and Bull Connor, who notoriously turned fire hoses and dogs against civil rights protesters, these evils still tarnish American life. , did he declare.

Then Obama plunged into another evil, although he didn’t mention Trump by name. Even as we sit here, there are those in power who do their best to discourage people from voting by closing polling stations, targeting minorities and students with restrictive identity laws, and attacking our voting rights with surgical precision, he said. Trump’s postponement of elections would be the ultimate victory for such voter suppression tactics. It would also be an illegal, possibly wrongful offense, say conservative lawyers.

Early in his presidency, Trump declared himself a very stable genius. His latest blow once again raises significant doubts about his current mental state. Perhaps he thinks he is showing preventive intelligence in questioning the legitimacy of the next ballot. Perhaps he hopes Democrat Joe Bidens widely predicts that the victory will be overturned by the courts or by popular revolt. Or maybe he’s so shaken up that he’s not thinking clearly at all.

Genius, or even moderate intelligence, is not required to see that Trump could have hoped to divert attention from the coronavirus disaster which, in his unmatched ineptitude, he has done so much to exacerbate. The death toll in the United States exceeded 150,000 last week, the highest in the world. It is a largely preventable national tragedy unparalleled in modern times. Trump’s name is engraved there forever.

You also don’t have to be particularly politically astute to understand that Trump may have tried to obscure the latest and terrible news about the post-Covid-19 economic crisis in the Americas. The announcement Thursday that GDP fell 9.5% in the second quarter, as consumer spending, investment and global trade dried up, belied Trumps’ predictions of a rapid or V-shaped recovery It was the biggest three-month collapse on record.

As infection rates rise and restrictions are reimposed in many states, the United States, like other countries, including Britain, faces an unemployment crisis of staggering proportions. Temporary government assistance and leave programs end. About 30 million Americans are currently receiving unemployment benefits. Every week for the past 19 weeks, more than one million people have joined the Americas unemployment benefit queues.

It’s time to add one more person to this total after a vote.

Cricket: Dravid’s advice on how to play spin is changing the world for PietersenInsideSport

Lovecraft Country has its bumps, but the new HBO series is bold, weird

Lovecraft Country benefits greatly from being the sum of such an odd yet interesting coin collection. The buzz-generating series that...

UMD hockey is preparing as usual

As it stands, the UMD men’s hockey schedule is in place, with a few minor tweaks. From now on, UMD...

Volunteers struggle to clear oil spilled from bulk carrier MV Wakashio who had run surrounded on beach in Mauritius Mauritius... Nonetheless, DeSantis and Education Commissioner Richard Corcoran pushed the districts to reopen, threatening to deny state funding to districts that...

Pass around a screenshot of President Joko Widodo playing ball toss with his first grandson Jan Ethes, the son of...

Chinese venture Geek+ has announced a robotic project with Wal-Mart Chile, the nation’s largest supermarket chain with 345 stores under...

A body camera carried by a police officer in the city of Los Angeles The West Hollywood Sheriff’s Station will... 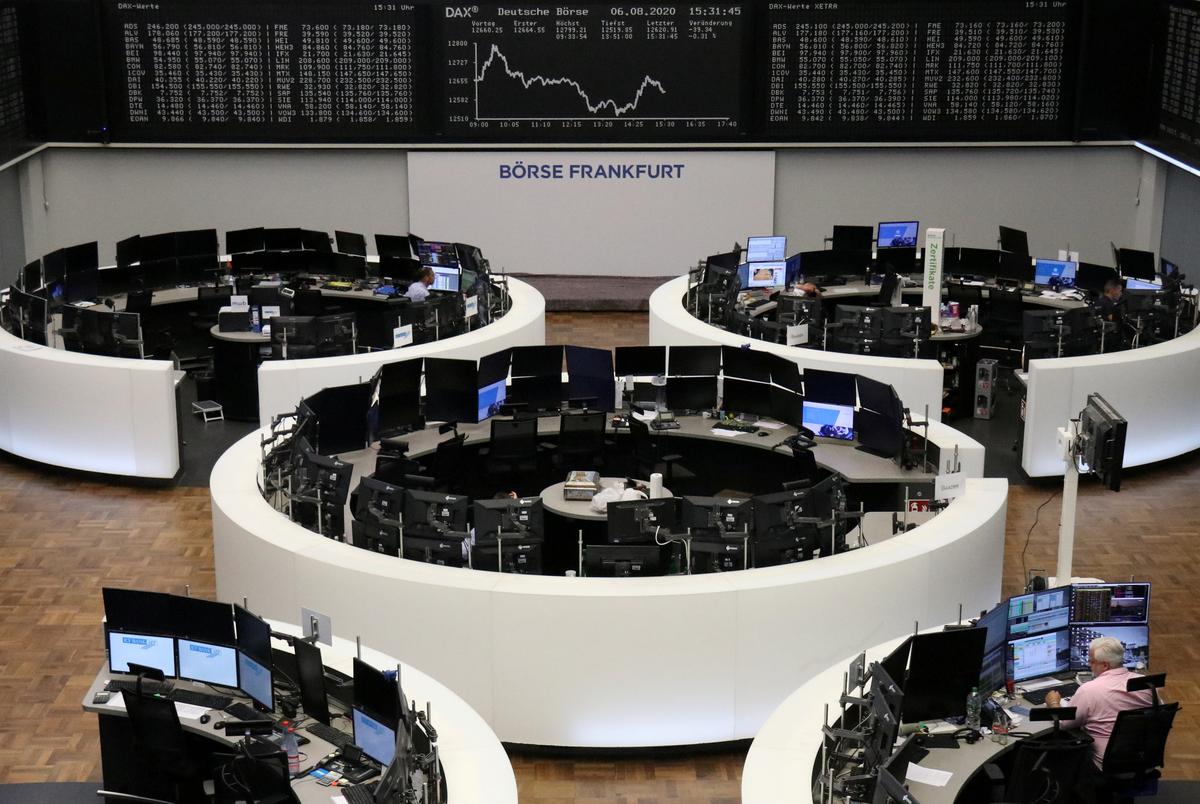 (Reuters) – European stocks fell on Thursday as sharp tensions between the United States and China, and elusive US fiscal...