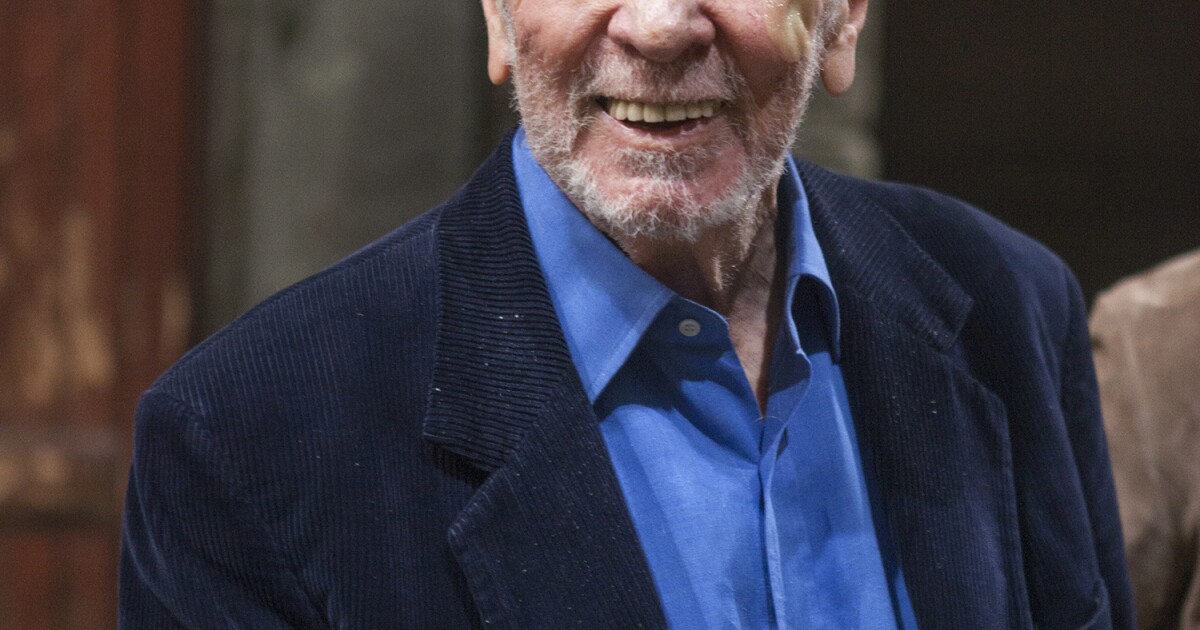 Herbert Kretzmer, the journalist and lyricist best known for his English adaptation of the musical Les Misrables, has died at his home in London.

His family confirmed on Wednesday that Kretzmer had died from a long-lasting Parkinson’s disease in the house he shared with his second wife, Sybil Sever. He was 95 years old.

His wonderful words for Les Misrables will be forever etched in his memory, Mackintosh said in a statement.

For Paige, he was a master of words while Rice described Kretzmer as a great lyricist and man of the theater and a giant of his trade.

Kretzmer, known as Herbie to his friends, was born in Kroonstad, a small town south of Johannesburg, South Africa, on October 5, 1925. He was one of four sons of Lithuanian Jewish immigrants who held a grocery store and later a thriving Furniture store.

Although his childhood under the vast expanse of the South African sky was a happy one, at the age of 11 he wanted to become a newspaper man so that he could get closer to his heroes on screen.

From Johannesburg, he moved to Paris in 1953, playing the piano at night in a bar in exchange for a meal. A year later, he moved to London and fulfilled his dream of being in the thick of the action, in an award-winning journalistic career that included appearances on The Daily Express and The Daily Mail.

His catalog of interviews reads like a whos who of 20th century entertainment, including Muhammad Ali, Judy Garland, Groucho Marx, David Niven and Frank Sinatra. Some interviewees, such as Peter Sellers and Terence Stamp, have become close friends.

The music, however, was never far away. He wrote weekly songs in the 1960s for That Was the Week That Was, the revolutionary BBC satirical show that proved the springboard for the careers of television luminaries over the following decades, such as John Cleese and David Frost.

Some songs were humorous, like Goodness Gracious Me, others more poignant, notably In the Summer of His Years, a tribute to President John F. Kennedy written a few hours after his assassination on November 22, 1963.

There were other songs, including She, which he wrote with French singer Charles Aznavour that topped the UK charts for a month in 1974. He explained decades later that it was about a British woman he had recently broken up with after a year. case.

But the really big moment never came until Mackintosh invited Kretzmer for tea in June 1984, a meeting that would change his life.

The great lyricist and man of theater and popular song, Herbert Kretzmer, has died. Des Mis à She, TW3, Goodness, Gracious Me and more, he was a giant at his trade. RIP Herbie.

Although the expanded English version of Les Misrables had mixed reviews at first, it would soon become one of the biggest theater hits of the 20th century.

Without the COVID-19 pandemic, it would likely still be ongoing in London, a testament to the enduring popularity of the story as well as songs, such as I Dreamed a Dream, One Day More, and Do You Hear the People Sing?

Suddenly add to that list the song he wrote for the 2012 hit lm version that earned him, at the age of 87, an Oscar nomination.

Kretzmer is survived by his wife; two children, Danielle and Matthew; and two grandchildren.

NBC Releases ‘This Is Us’ Season 5 Trailer (TV News Roundup)