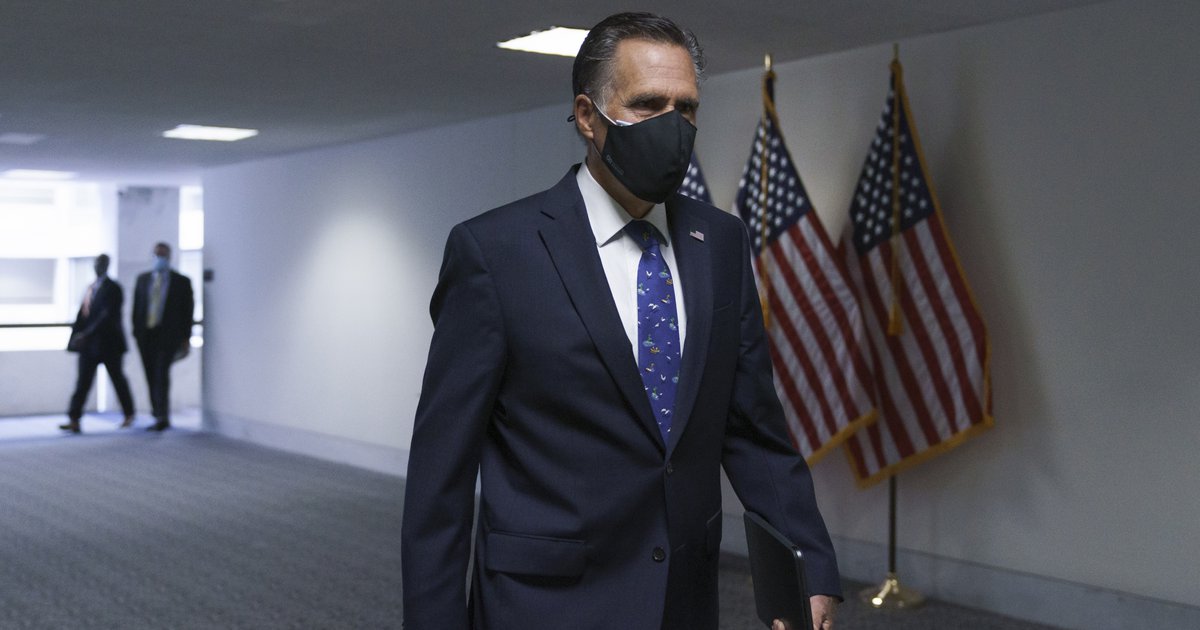 Chachi may like Joanie, but he certainly doesn’t have that feeling about Senator Mitt Romney.

On Thursday, Romney tore up attempts by President Donald Trump to overturn the presidential election results, saying he couldn’t imagine worse and more undemocratic action from a sitting president. Romney also said Trump did not argue the election was fraudulent.

Romneys’ rebuke of Trump angered actor Scott Baio so much that he took to Twitter where he threatened to run for the Senate in 2024.

Hey Mitt Romney, beautiful golf courses in Utah … Maybe I’ll move there, play a few tricks and knock you over. PS My wife is still waiting for her $ 2,600 refund. Remember your wife canceled that Beverly Hills Political Luncheon fundraiser? But your campaign kept the money. https://t.co/ZMBZVZw3zZ

Some have found the idea of ​​an actor known for Happy Days, Charles in Charge, Bugsy Malone and Diagnosis Murder to challenge the 2012 GOP presidential candidate ludicrous.

Do it !, said Will Ritter of POOLHOUSE, who consulted on Romneys’ successful Senate campaign in 2018. There’s nothing stopping you from declaring your candidacy next week, after you’ve moved to Utah and signed up for vote. Pro tip: You might want to check out the Romneys 2018 election results first.

For what it’s worth, Baio isn’t the first celebrity to threaten to move to Utah to run against Romney as punishment for him daring to go against Trump. Fox News host Laura Ingraham called on Romney to step down after voting for Trump’s impeachment in his Senate impeachment trial, and suggested she could move to Utah to run against him in four years.

Romneys’ statement sparked further reactions on social media. Trump called Romney a RINO and wondered if he thought his loss to Barack Obama in 2012 was fair and square.

Closer to home, artist Provo Jon McNaughton, who is known for his adorable portrayal of Trump in his paintings, responded with a close-up of Romney from one of his paintings titled The Impeachment Mob.

Romney also had his supporters.

Then there was former Democratic state senator Jim Dabakis, who tried to praise Romney while despising him at the same time. Dabakis called Romney aloof, humorless and completely out of touch with the Utahns who worked before thanking him for standing up to Trump. However, current Romneys chief of staff Matt Waldrip was not impressed.

You left out the first part when you asked me for a job with him.

Romney is one of the few prominent Republicans to publicly rebuff Trump’s efforts to cast doubt on the presidential election results. The Utah GOP on Thursday wholeheartedly endorsed Trumps’ continuing legal challenges.