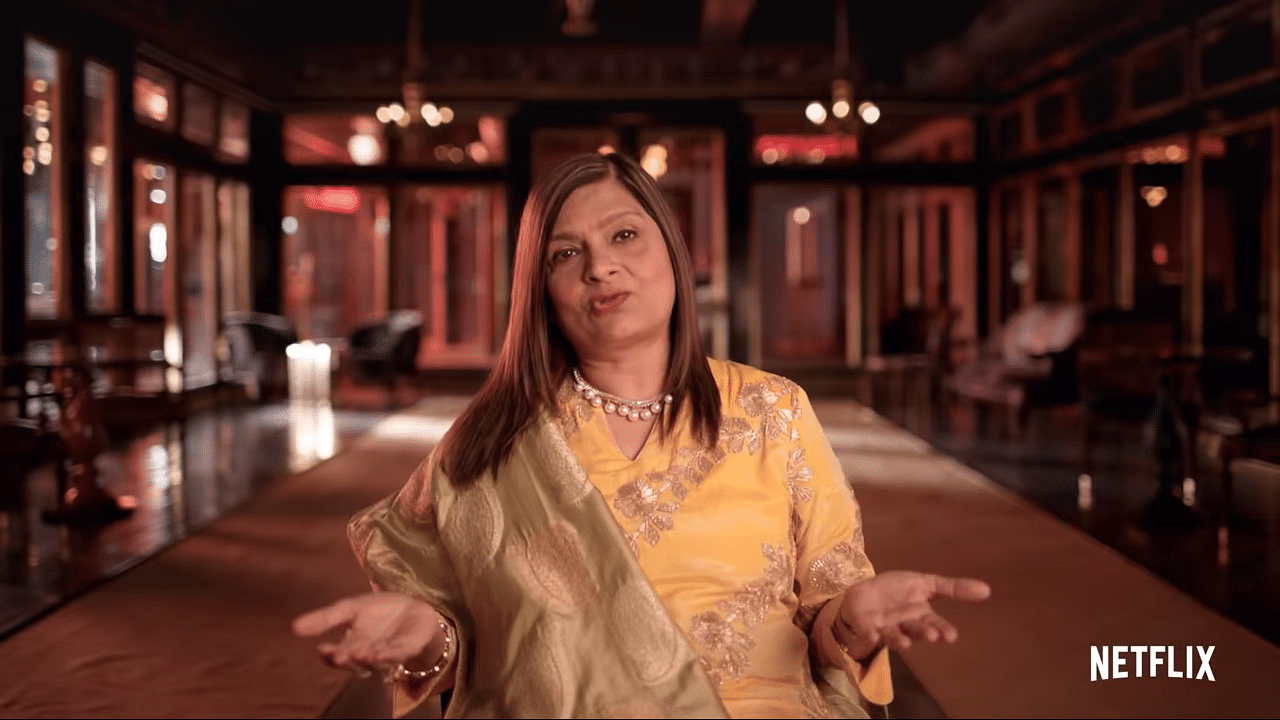 TThe year 2020 has been the year of online and offline cringing and binging. Scratching the barrel of Netflix and Amazon Prime, we devoured extravagances of the cringe like Indian matchmaking and what is love. But there is nothing quite like good old Bollywood stardust when it comes to addicting snacks. And that’s what The fabulous life of Bollywood brideswill offer with all its salacious speeches of men, money and Mercedes.

If you thought to watch Roadies, Splitsvilla or Emotional Atyachar on TV was bad, we now have the online versions of it, albeit much better edited, shot and chained.

Also read: Diana-mania is getting a Gen-Z makeover. Netflix cash

On November 13, Netflix released the trailer for The fabulous life of Bollywood brides, a series that promises to give us a glimpse into the lives of four-star brides. The cast includes Anil Kapoors’ sister-in-law Maheep Kapoor, Ananya Pandeys mother Bhavna Pandey, Salman Khan’s sister-in-law, Seema Khan, and actor Neelam, who is married to Sanjay Suri. And there could also be a cameo from none other than Shah Rukh and Gauri Khan.

The trailer reveals that the four women have been friends for 25 years. Passing off as the desi version of American reality TV shows such as The real housewives and keeping up with the Kardashians, the brilliance of the show is already blinding.

In the trailer, Maheep Kapoor can be heard saying: People have this misconception about us that we have these oh so glamorous lives but that’s not really true. Our lives can be pretty mundane. I don’t know who these people are, but the mundane life she is referring to involves shopping in a Rolls Royce. Very well then.

No matter how much you laugh at it now, you and I know that we’ll probably end up watching a few episodes.

Also read: Bollywoods Bechari Maa is back. In TV series like Anupamaa and Indiawaali Maa this time

In what is love, Indias tries to bring a desi Queer eye vibe, director and TV host Karan Johar decides he’ll turn his romantic sappy movies into real life and help people find KJo-style love. What ensued are seven lengthy makeover episodes, celebrity pep talk by stars like Ali Fazal, Sunny Leone and Mallika Dua, and voila! Love is in the air, with a touch of glamor. He calls himself the light at the end of the dark tunnel of love. So much for humility.

Experts are brought in to solve the problems that each person on the show faces. But somehow it’s done and dusted off in minutes, regardless of whether the person suffers the trauma of sexual assault or low self-esteem after years of bodily shame.

But as one IMDB reviewer wrote, I really don’t understand the negativity surrounding this show. I found it very pleasant, if not exceptional. When you start enjoying shows that offer nothing in terms of added value, and you go through the real issues glamorizing them, it’s cringe for you in one sentence.

Also read: How Women Are Now Rewriting the Rules of Bollywood, With Help From Netflix, Amazon

Urban Dictionary, the go-to for all the latest internet language you need decoded, defines squeaky frenzy as cheap internet search entertainment because you are very bored. And for most of us, the whole of 2020 has been just that, thanks to Covid-19 lockdowns and our non-existent social life. Staying indoors and staying safe has, for many people, automatically translated to Netflix and Chill, or for that matter, any OTT and Chill platform.

When Indian matchmaking released on Netflix on July 16, it created a huge buzz. The eight-part docu series features elite Indian matchmaker Sima Taparia, or Sima Aunty depending on the lots of memes.

the show gave birth to, as she tries to find suitable matches for her wealthy clients in India and the United States. The show primarily targeted a Western audience, the kind who believe that grand Indian weddings are the pinnacle of Indian culture. But of course, our own binging had just as much of a role to play in getting the series trending number one on Netflix for weeks on end.

We hated it, dissected it, made jokes and videos even though parading around arranged marriage dates can be a traumatic experience and goes against our beliefs but we were still addicted. It was so bad it was good. Now we can’t have enough.

Despite being horrified by the regression in Indian society that the series highlighted, we continued to make squeaky depictions of India’s special brand of colorism, casteism and sexism. If Karan Johar was trying to be the light at the end of the tunnel of love, Sima Aunty turned out to be the giant chandelier of the Shaadi room that you can’t ignore.

Watching hatred during the pandemic has made us openly embrace the deepest fantasies and sinful pleasures that we usually sweep under the deep recesses of our brains enjoying Bigg Boss.

The cringe-fest offered on OTT platforms, such as the Netflix show Too hot to handle it, seem to rely on the fail-safe surveillance method. We are all like Maheep Kapoor with his giant twins, voyeuristic and interested in the lives of others. After all, that’s what got us hooked on shows like Bigg Boss for years.

And for a year that you’re stuck at home, what else can you do. Serious movies are too serious, you’ve seen all the romantic comedies, the stand-up comedy specials have all become the same. So, it’s a numbing, yet deeply satisfying, squeaky frenzy. Or what Kayle Chayka The New Yorker calls for the rise of ambient television. Shows you can play on your laptop, while scrolling on your phone or while eating dinner. Shows that require no emotional or intellectual investment and can play reliably in the background like ambient noise. Let’s be honest, how long can Indians just watch FRIENDS.