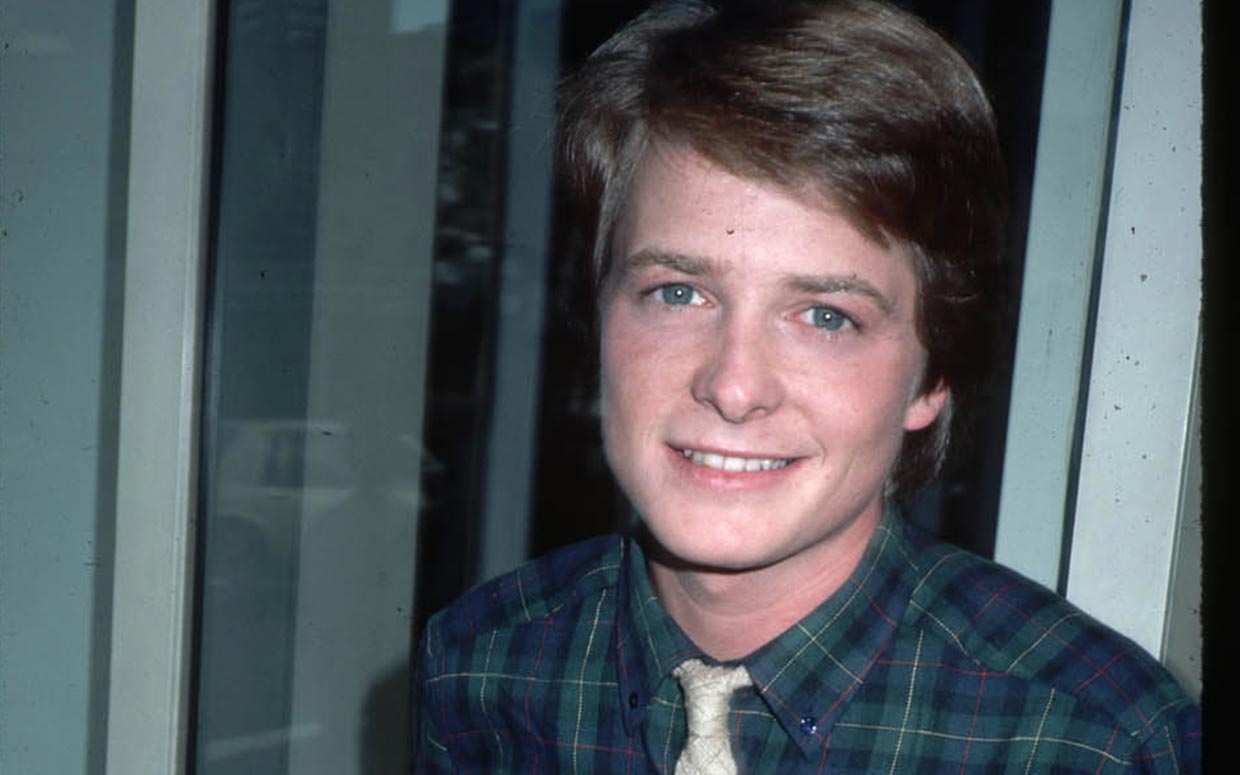 Michael j fox We first captured our hearts in 1982 playing Alex Keaton in the hit TV comedy series Family ties. The dynamic between this young ultra-conservative entrepreneur with hippie parents is priceless. Back to the future and the role of Marty McFly would make him a box office sensation. This actor, activist and author, winner of an Emmy, a Golden Globe and a Grammy, has wowed us ever since.

Born in 1961 in Edmonton, Canada, Michael Andrew Fox (he later added the J to honor actor Michael J. Pollard), Fox was the fourth of five children born to parents Bill and Phyllis Fox. At 18, he moved to Los Angeles. When looking for acting roles he was so poor: “I had no phone, no sofa, no money,” he said. The New York Times in 1985. When he was considered for Family ties and while waiting for the call, he told NBC he would only be home from 4 p.m. to 5 p.m. He did it because he had to rely on a pay phone. “I called my agent from a phone booth in front of Pioneer Chicken to negotiate the contract,” he told The New York Times.

Much has changed for Fox since those lean days at the start of his career. Him and his wife Tracy pollan have been married for 32 years. They have four children, a son Sam, 31, twin daughters Aquinnah and Schuyler, 25, and a daughter Esmé, 19.

At the age of 29, Fox was diagnosed with Parkinson’s disease. In 1998, when he released the news, revealing his condition, he was so dedicated to advancing research and finding a cure, he launched the Michael J. Fox Foundation for Parkinson’s Research. The organization is now a major force and is leading the charge towards a world without Parkinson’s disease. The foundation has funded more than $ 700 million to accelerate healing.

Four-time bestselling author, Fox’s No time like the future, debuted on November 17. In this thought-provoking book, Fox speaks candidly about aging, fear and mortality as he shares moving stories of how his friends and family emboldened him. Even with all the struggles, and there are a lot of them, there is still hope. As he quotes his late father-in-law, Stephen Pollan, “With gratitude, optimism becomes enduring.”

On large and small screens, Michael j fox has entertained us for four decades.

Click on the launch gallery to take a look at photos of Michael J. Fox through the years.

At 18, Fox made his big screen debut in a Disney film about college students trying to win a dawn-to-dusk game created by an eccentric graduate student. (Spoiler: his team wins!)

He won three Emmys for his performance as brilliant and money-obsessed Republican Alex P. Keaton in this iconic NBC sitcom. He also met his wife Tracy pollan, who played his girlfriend from 1985 to 1987.

Before it was a spooky MTV melodrama, it was a wacky comedy for which Fox wore uncomfortable latex makeup and fur. He played a high school basketball star with the power to transform into a howling werewolf.

Super Scott! Eric Stoltz was originally chosen for time-traveling teenager Marty McFly in this hit comedy. But during filming, Fox got the nod to reprise the role. The rest is history. (He also appeared in the hit sequels of 1989 and 1990.)

In a rare serious directorial turn Brian De PalmaThe gripping drama of the Vietnam War, he plays a soldier who runs into his sergeant (Sean Penn) on the abusive treatment of a young Vietnamese woman kidnapped by her team.

Fox was filming this lighthearted comedy – about a plastic surgeon who gets stranded in a South Carolina backwater on his way home to Los Angeles – when he was diagnosed with Parkinson’s disease.

For this political candle, Fox’s character of Type A political adviser to the White House was based on the then president. Bill clintonstaff member George stephanopoulos.

After the success of The american president, he was cast as New York’s Deputy Mayor in this hit comedy on ABC. He left the show in 2000 to focus on his foundational efforts for Parkinson’s disease.

Returning to the TV series, he makes a five-episode, Emmy-winning appearance on his friend Denis learyFX drama about a besieged New York firefighter – as Leary’s ex-wife’s new wheelchair boyfriend.

Leave him Larry david to shed light on Fox’s state of health. In a hilarious episode of HBO’s scathing comedy, he can’t decide if his new neighbor from New York (Fox) is shaking the ground and shaking the ground, or if it’s just his Parkinson’s.

For his first sitcom role in nearly 20 years, Fox played a version of himself juggling family life, career, and health. Alas, it only lasted 22 episodes on NBC.

Related: Over 35 Quotes To Celebrate Back to the future35th anniversary

The Hollywoods were no longer in Kansas