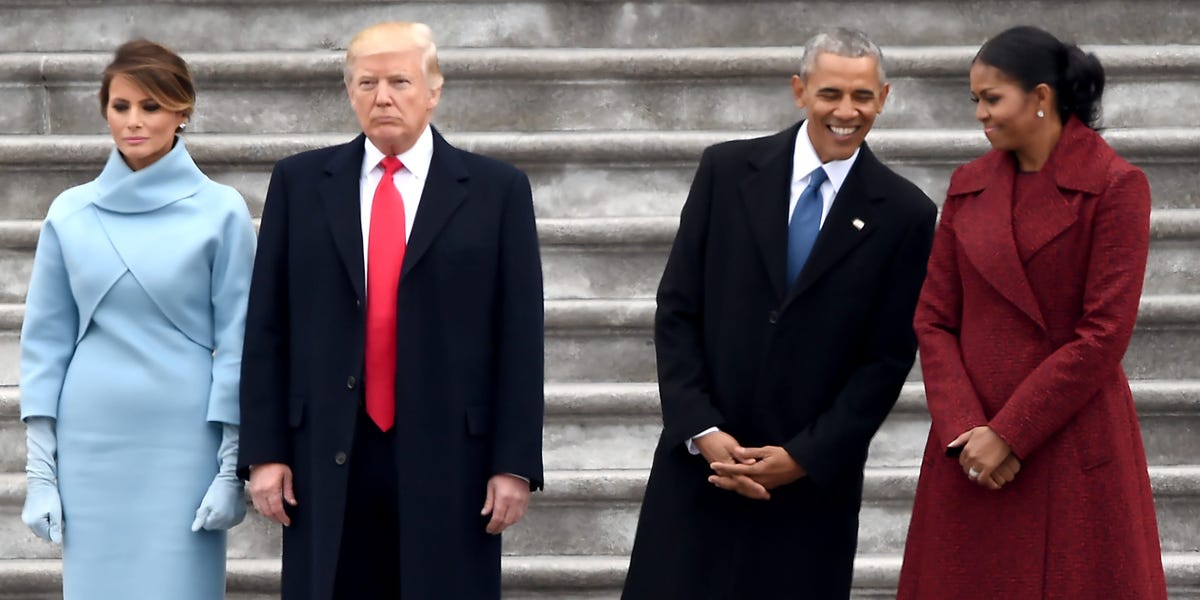 Barack and Michelle Obama are set to produce a new Netflix comedy series based on ‘chaos’, which followed when Donald Trump became President of the United States in 2016.

Called “The G Word,” the series is slated to begin filming in early 2021 and is based on Michael Lewis’s book “The Fifth Risk,” the rights the Obamas bought in 2018, according to Deadline.

“The Fifth Risk” is a non-fiction book that examines “the botched presidential transition of the Trump administration”, according to Goodreads.

“The G Word” is on its way to being a half documentary and sketchy comedy. He will draw the curtain on the government, examining whether it is a “swear word or a trusted institution,” according to Deadline.

Comedian Adam Conover will host the show by tweeting: “Very happy to finally be able to share this news: I’m creating a new comedy series for Netflix on the federal government. It’s called The G Word, and I can’t wait to share it. it with you. “

The Obamas and their company Higher Ground Productions signed a multi-million dollar deal with Netflix in 2018. The first of their projects, “American Factory,”won the Oscar for best documentary in 2020, Business Insider reported.

This isn’t the first time Lewis’s books have been adapted for the screen – he’s also the author behind the famous “The Big Short” and “Moneyball”, among others.

Obamas’ first Netflix release, “American Factory,” won an Oscar. Here are all the other movies and TV shows they have in the works.

Barack and Michelle Obama are ‘most admired man and woman in the world’, new global poll finds

Disclosure: Mathias Dpfner, CEO of Business Insider parent company Axel Springer, is a member of the Netflix board.

At 22, I bought my first cell phone with my own money, says actor Divya Dutta – brunch feature