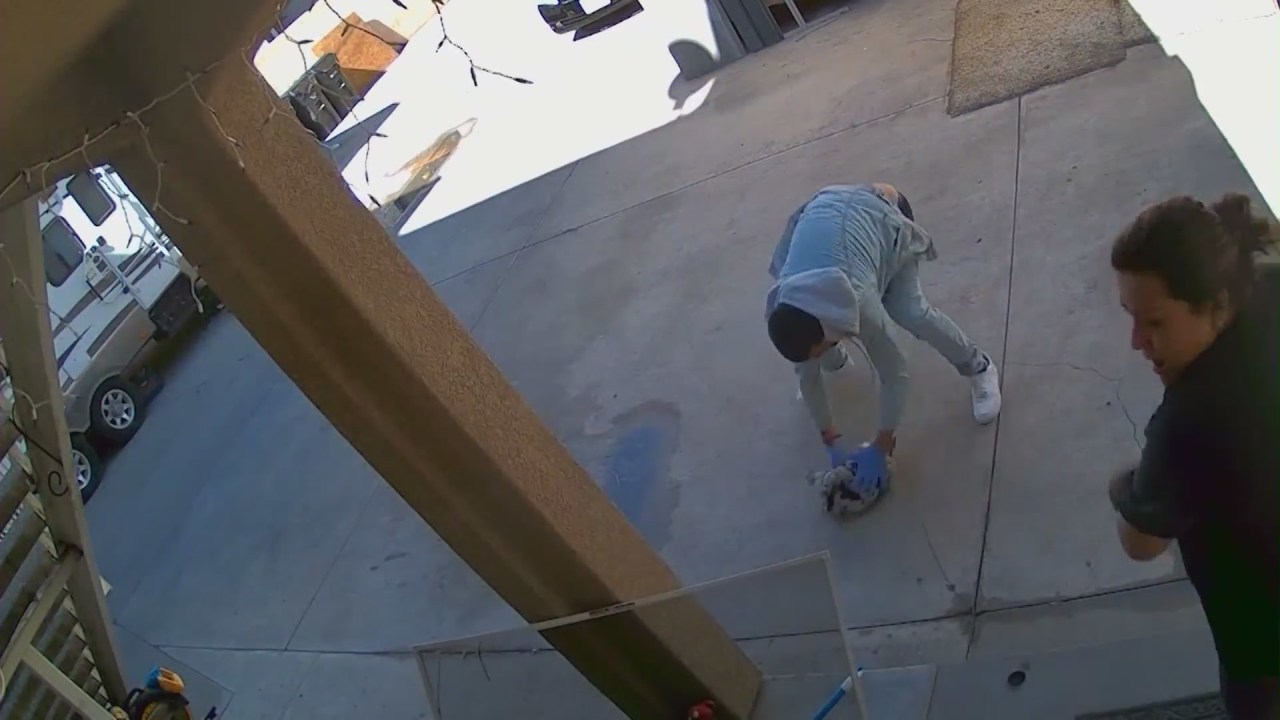 Two men are wanted and a woman has been arrested after two bulldog puppies were stolen from a North Hollywood home, police said Monday.

Officers responded to a disturbance call around 11:30 a.m. last Friday in the 11300 block of Miranda Street, where a resident told them the dogs had been stolen, according to the Los Angeles Police Department.

The Vasquez family Ana, Osvaldo and their daughter Sophia raise the puppies at home. Dogs can sell for thousands of dollars due to their special coloring and pedigree which they advertise on the American Kennel Club website and also on Craigslist, according to the family.

They often welcome potential buyers to their homes to view the dogs, although the family said after the recent incident that they would no longer do this.

The ordeal took place after a woman contacted them about the dogs, saying she was going to come alone one morning while Osvaldo was at work. But she showed up with two men, who caught two of the five puppies at the scene, the video showed.

One of the attackers had to go through a screened window because the victims had managed to lock the front door.

Ana and Sophia tried to stop the dognapping, which was captured on surveillance video. But the two escaped in a dark-colored vehicle and, three days later, are still at large.

However, the woman whose name has not been released was arrested a few blocks away as she tried to flee on foot, police said.

According to the Vasquez family, the mother bulldogs turned on the woman after she stayed behind and tried to pretend she didn’t understand what was going on. One of the bulldogs could be seen jumping at the woman, causing her to scream, before the two appeared to bark and chase after her, surveillance footage showed.

In addition to the two men, authorities are also still searching for the puppies, the conditions of which remain unknown.

“We don’t know how these puppies are going to be treated afterwards, or … how are they going to take care of them,” said Sophia Vasquez.