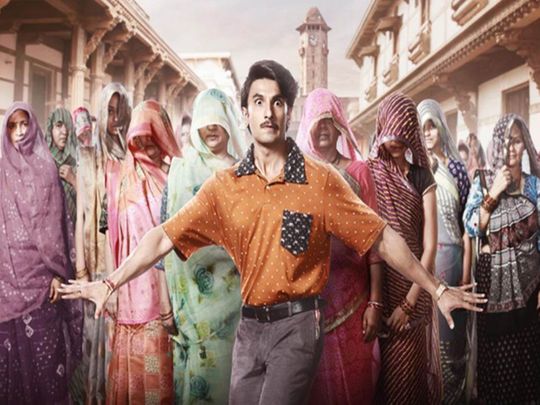 Many Hindi-language films may have been created directly on a web platform due to the pandemic, but Bollywood production house Yash Raj Films is sticking to its traditional method of operation.

So get ready to grab your popcorn and head to theaters from mid March. They have a huge list of releases ready for theatrical release.

According to their release list released on February 17, all of their four star-studded productions, including Bunty Aur Babli 2, which was filmed extensively in Abu Dhabi, will get a theatrical release before heading to other platforms on the web. or television. Due to the pandemic, cinemas in India have been closed to stem the spread of COVID-19, but theaters are expected to operate at full capacity from March in India.

On March 19, Arjun Kapoor and Parineeti Chopra will light up the big screens with Sandeep Aur Pinky Faraar. Produced and directed by Dibakar Banerjee, it is described as a dark comedy starring two contrasting personalities, played by Kapoor and Chopra.

Next on their list is Bunty Aur Babli 2, which was shot partly in the UAE. Starring Saif Ali Khan, Rani Mukerji, Siddhant Chaturvedi of Gully Boy fame and debutant Sharvari, this sucking comedy is the second installment of his iconic 2005 original. While Mukerji returns for the sequel. , actor Abhishek Bachchan is not part of BAB 2.

On June 25, get ready to watch Ranbir Kapoor in Shamshera. Directed by Karan Malhotra, the epic epic features Vaani Kapoor and Sanjay Dutt.

Shamshera is set in the 19th century and tells about the adventures of a dacoit tribe that goes against the British.

This year, the Hindu festival of Diwali is also likely to be a spectacular affair.

It is directed by Dr Chandraprakash Dwivedi and tells the story of the Hindu warrior king Prithviraj Chauhan.

UAE release dates for the films have yet to be determined.