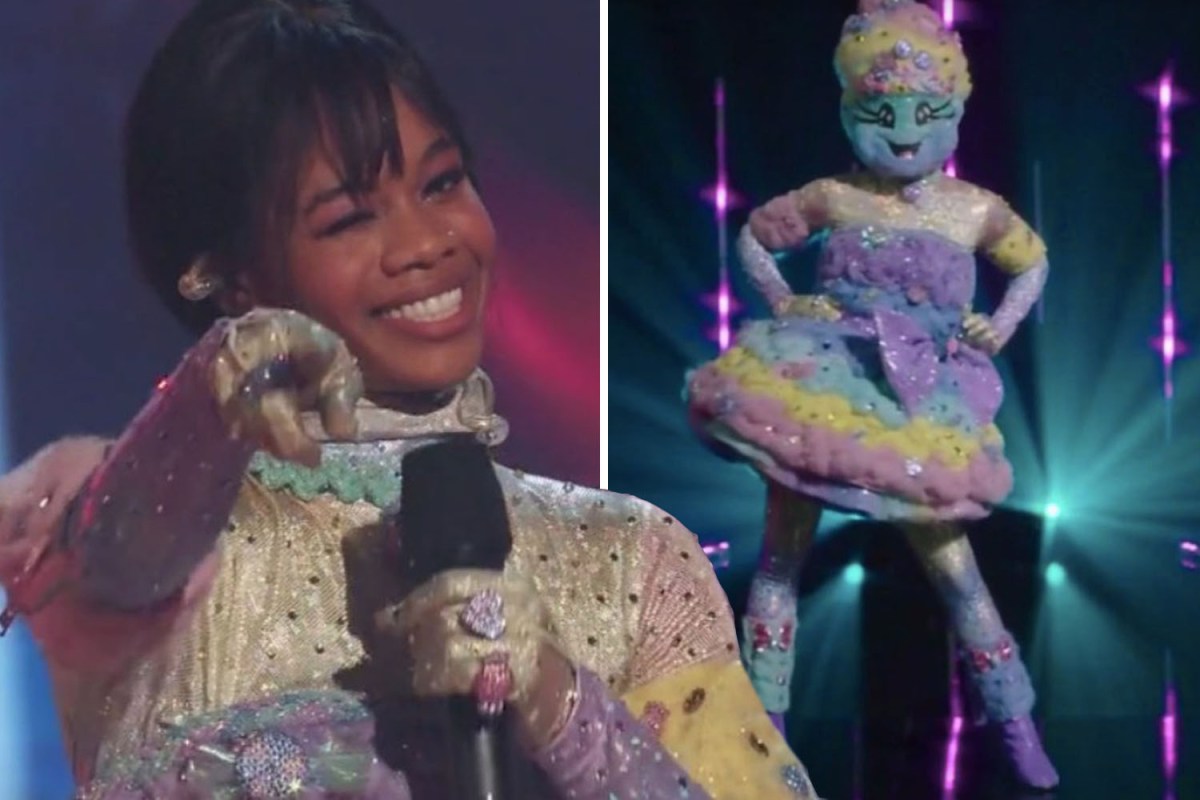 The masked dancer crowned Gabby Douglas in the cotton candy costume as the winner in tonight’s emotional season finale.

The public with the judges Brian Austin Green, Paula Abdul, Ken jeong and Ashley Tisdale were forced to choose between the top three finalists The Tulip, The Sloth and Cotton Candy for the best dancer.

Gabby did some awesome flips and tricks during her latest routine on Alicia Keys’ inspiring hit Girl On Fire.

Before it was revealed, Paula was the only member of the panel who correctly guessed the world champion gymnast.

High School Musical star Ashley, 35, was moved to tears after Cotton Candy was wowed by several flips during her last routine.

It was so beautiful, really you were beautiful, the Disney Channel actress gushed.

Moments before being unmasked, Gabby, 25, also broke down in tears as she was overcome with emotion for the big win.

His fans felt it too, with a tweet: Crying real tears for #cottoncandy on #TheMaskedDancer.

This great performance of #CottonCandyMask could have been the only one to surpass it! So athletic, dynamic and emotional. I applauded every second, wrote another.

A third viewer said: was shocked when Tulip took third place, but so excited for @gabrielledoug for his big first place !! Girlfriend deserved it! #TeamCottonCandy Also dying that the Sloth is @MaksimC, tears of joy such a cast all around!

The Sloth came in second and stunned audiences when he was revealed to be Maksim Chmerkovskiy.

Paula and Brian both rightly insisted that the furry creature was the pro of Dancing With The Stars.

While Ken believed the animal to be Channing Tatum and Ashley admitted his guess was Hugh Jackman.

The tulip came in third place and was unmasked to be Maddie ZieglerMackenzie’s little sister.

90210 alum Brian explained that the Pink Flower was child star Sabrina Carpenter while Ashley assumed that the third usher was correctly predicting the Dance Moms star.

After sharing his identity, the 48-year-old said: It was the best experience I have ever had. But it was much more difficult than boxing.

The 11-time world boxing champion was the 7th person sent home in the first season of The Masked Dancer – a spin-off from the popular The Masked Singer series.

Ice-T was unmasked in the first episodeof the series, followed by the big reveal ofBill Nye the Science Guy Unmaskedafter competing as an Ice Cube.

In the third episode, kidnapping survivorElizabeth Smart has been shown to compete as Miss Moth.

Meanwhile, singerBrian McKnight was then unmaskedafter being eliminated while competing as The Cricket.

Jersey ShoreStar Vinny Guadagnino was later revealed as The Hammerhead, whileJordin Sparks has been unmasked as the exotic birdthe following week.

Why Michelle Pfeiffer returned to Hollywood after leaving for years