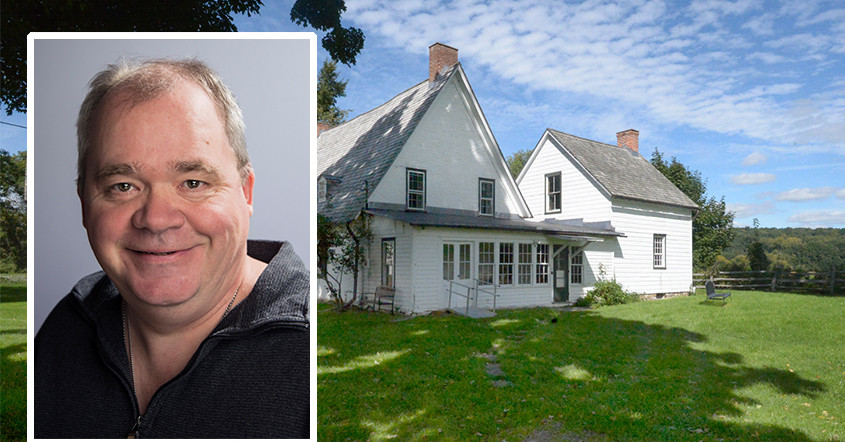 Gloversville reporter Greg Hitchcock has always been a storyteller.

For the past two decades he has written for the Adirondack Explorer, among other printing companies. This year, thanks in part to a microgrant from the Center for Law and Justice, Hell is working in another medium: cinema.

Over the next few months he plans to write, film and edit a docudrama on the treatment of Indigenous people in the Mohawk Valley during the Revolutionary War. In recent years, Hitchcock has worked on other videos, including one on climate change in the Adirondacks.

I got into making documentaries because I thought it would be a special challenge for me, Hitchcock said.

The idea for the docudrama, which is called Pioneer Days: The Fire in the Valley, was born several years ago while he was volunteering at Mabee Farm in Rotterdam. There he learned the history of the settlement of the Mohawk Valley. According to Hitchcock, during the War of Independence, the colonists rebelled against the British crown and burned down some indigenous villages in the Mohawk Valley.

. . . this gave me the title Fire in the Valley because [of the] tension between the white settlers and the natives and the Tories allied to the crown. My goal is to show this tension. This project is about racism in the Capital District and I thought it would be a great project because the indigenous people had a really tough time after the Revolutionary War and I think it was a historic time that has an effect on us today because of the fact that we did something really terrible towards the natives of the region at that time and I think that reflects the current racism with the natives.

Hitchcock hopes to explore this hypothesis and learn more about the history of the area from a college-level history teacher. Hed also likes involving local pageants and hiring a narrator, which the $ 1,000 microgrant will allow him to do. The grant is part of the Centers Time for Reckoning program, which aims to support local activists, artists, grassroots community groups and more who are actively engaged in efforts to combat systemic racism. Hitchcock was one of several people who received grants and with them he can build on his original vision for production.

Before when I was making videos and documentaries it was all out of my pocket and it was very basic and now I want to expand it into a docudrama. I want to get help from the reenactors. I want to hire a narrator for the storytelling because I have always narrated my own movies and don’t have a lot of good voice for narrating movies compared to other people who are professionals, Hitchcock said.

This film will require a bit of research and beyond working with a history teacher, Hitchcock also looks back through newspaper articles and other verified historical sources.

My research and pre-production will take place from February to mid-April before starting filming in mid-April. So that’s when I’m going to develop a story, a script, get my funding together, and get my team together, Hitchcock said.

He hopes to film in various locations in the Capital Region, starting at the Palisade and then at Mabee Farm. However, due to the pandemic, Hitchcock anticipates some challenges in finding locations to film, as well as finding reenactors.

It could be a challenge to get some reenactors into shows because of COVID restrictions, Hitchcock said.

He’s looking to recruit at least 10 to play settlers as well as native people. The project is expected to be completed by the August 1 grant deadline, according to Hitchcock. The Center for Law and Justice has plans underway to share the film, as well as other projects funded by Time for Reckoning grants.

Hitchcock said he wanted people to understand that this film is primarily about racism in the Capital District.

I want them to understand that we should live together with a sense of sensitivity, especially during these critical times of tension, we should be able to live together in a just world and that’s what I want to get out of this project, a Hitchcock said.