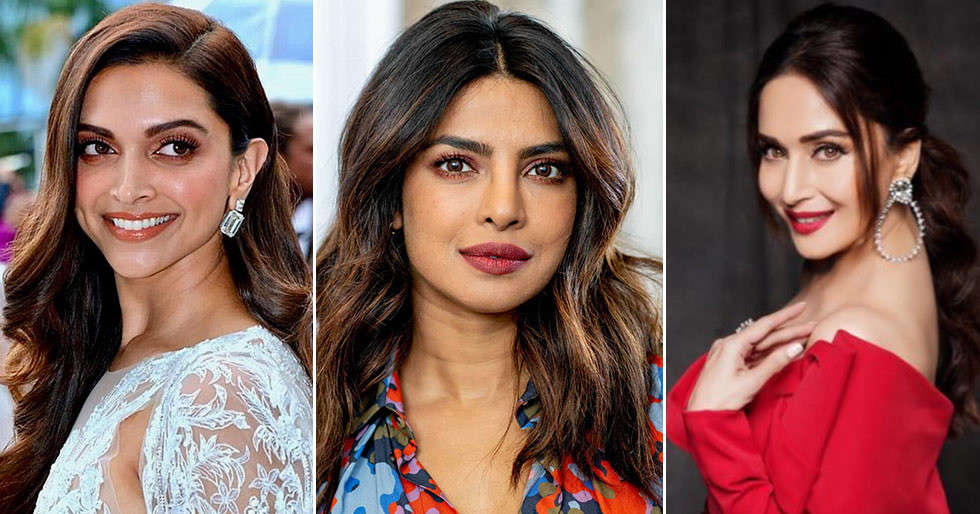 It takes courage to be such a big star and yet take the plunge and invest in low budget movies or risky projects. There is a list of actresses who took this risk and were very successful at it. Sometimes there’s such an interesting concept coming up that producers feel inclined to support it for their impeccable content. On that note, let’s list a few Bollywood actresses who do an outstanding job not only in their acting careers or with other tasks they’ve taken on, but who break conventional norms by delivering important content as a producer.

The list must start with this global icon. She is a shining example of how when a woman sets out to do something, she does it with the utmost perfection. His production house – Purple Pebble Pictures was established in 2015. She is invested in supporting new talent and has produced films in a plethora of languages ​​such as Marathi, Bengali, Punjabi and Bhojpuri to name a few. Ventilator – a Marathi comedy drama produced by her banner won 3 national awards in 2016. She also has a film to be released on the OTT platform.

Although the actress is very careful with her projects and offers solid performances, she has been absent from our screens for a long time. However, his latest film Chhapaak which was a critically acclaimed film was her first project as a producer, in addition to being the lead actress. He was a director of Meghna Gulzar based on the life of a victim of an acid attack. Trust Deepika to always be a part of the stories that must be told to the public. The content of his first production is extremely worthy of applause for someone who has stepped into the shoes of a producer for the first time..

Anushka Sharma is a self-taught woman and there is no denying it. She teamed up with her brother Karnesh and together they launched Clean slate films – their production company. This was created in 2014, since then this banner has featured various films such as Pari, NH10, Phillauri, and the latest hits on OTT platforms – Paatal Lok and Bulbbul. Anushka is truly a trailblazer and the type of content she produces reflects her deep understanding of supporting progressive content.

She just got married and was inundated with many messages of love and congratulations. Even though her acting career did not take off well, the magnificent actress has played many other roles that make us admire her a lot. Few would know but Dia Mirza is a seasoned producer herself and her banner is called Born Free Entertainment. Their first production dates back to 2011 – Love Breakups Zindagi followed by the star of Vidya Balan Jasoos bobby in 2014. His last production was on the OTT platform, titled Mind the Malhotras, which performed quite well with its sitcom vibe. Dia Mirza testifies to the fact that there is no end for women who decide to do it.

Madhuri Dixit was the reigning queen of the ’90s. Although she was absent from all the action when she married and moved to the United States, she made a comeback in 2011 and launched her home of production RnM Moving Pictures with her husband. She collaborated with Priyanka Chopra to be part of an international project. She produced a Marathi film called Bucket list, she also has an upcoming movie on August 15 that was slated to hit Netflix last year. Here’s to this 90s diva who is still in her way of working!

Ms. Funnybones is appreciated for her witty sense of humor and flawless writing skills. What many people may not know is that this lady is also a producer. She produced her husband’s film – Akshay Kumar himself. Twinkle Khanna Production House has the weirdest name ever as she named it Mrs Funnybones Movies. Padman which starred Akshay Kumar was a great success delivered by his production house. Looks like she’s really versatile and extremely good at her job.

The extremely gorgeous actress has more talents than one. She produced one of Taapsee Pannu’s well-directed films. Many people may not be aware that Soorma, who also had Diljit Dosanjh in the lead role, was produced by Chitrangadha Singh. Starting her journey as a producer with a biopic is a good deal and she fulfilled her role perfectly..

Tisca Chopra is an unconventional actress who has always been part of very realistic content. She decided to take the role of producer with the movie Chutney. She believes herself to be a very creative person and really feels there are certain stories to be told, and as a producer she has the power to let that happen. She is believed to have worked on a dark thriller which is mostly in its pre-production phase. Now, he’s an artist that we never thought would be in that category as well. But it is and is intended for this.