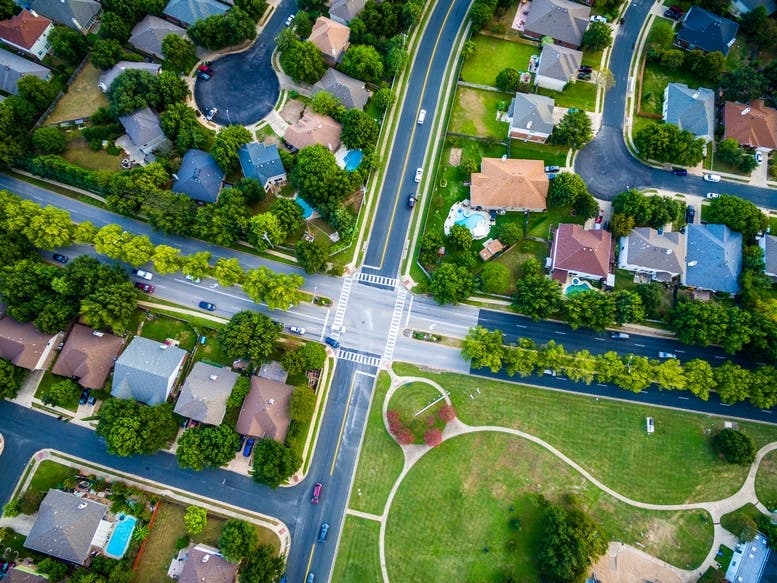 LOS ANGELES, Calif.The Los Angeles City Planning Commission reviewed the Hollywood Community Plan update on Thursday, but after several hours of discussion, questions and proposed changes to the plan, the commission terminated the meeting without a vote.

The plan will be reviewed at the committee meeting on March 18.
According to city planner Priya Mehendale, city planners have been working to update the existing plan while taking into account several issues facing Los Angeles in 2021.

“How can we tackle climate change, ensure equitable outcomes for all of our residents, and deal with rising housing costs and changing economic conditions,” she asked. “The community plan recommended today ties most of the increases in development potential to the provision of affordable housing on site or open public space on site.” This approach is similar to the South Los Angeles Community Plans and Southeast Los Angeles Community Plans, which were the last two plans put in place. before this commission. “

According to the commission, the aim of the plan is to preserve low-density neighborhoods in the Hollywood area, direct planned developments to already urbanized parts of the area and identify suitable locations for new developments. It would encourage the preservation and maintenance of rental housing protected by the Rent Stabilization Ordinance and support projects that give former low-income tenants of demolished housing the right to move into new leases at the previous price.

But housing is a human right and the AIDS Healthcare Foundation have said they believe the plan will increase gentrification, housing unaffordability and the homelessness crisis.

“For too many years, LA City Hall has gone out of its way to give developers whatever they want and let them decide what our communities are like and who gets housing – and that doesn’t work,” he said. said Susie Shannon, policy director for Housing Is A Human Right. “In fact, it is fueling gentrification and the housing affordability and homelessness crisis. City leaders must address our homelessness crisis by providing city-owned land for housing for the homeless. shelter, demand that a percentage of housing be built for low-income residents and protect the city from predators Every community plan must have a comprehensive pathway to house our homeless and low-income residents. “

According to the commission, the elements of the plan are as follows:

A representative for City Councilor Mitch O’Farrell told the commission Thursday that O’Farrell would like the plan to evolve further before it is passed.

Councilor Nithya Raman, who represents part of the plan area, said she doesn’t think the plan goes far enough to protect residents in the area.

“Council District 4 is committed to advancing tenant protection and developing affordable housing in Los Angeles, and we believe that several areas of this plan can be strengthened to ensure equitable and affordable development in Hollywood,” said she said on Wednesday.

Raman wants the plan to:

– develop a more robust set of anti-displacement tools for Hollywood residents;
– increase the public’s contribution to hotel projects;
– require conditional use permits that can be appealed to the municipal council;
– restrict the conversion and demolition of housing for hotel development;
– create more ambitious percentages of affordable housing within the framework of incentive programs which allow increased density;
– increase height limits for projects that demonstrate commitments to affordable housing; and
– go further to preserve the ecosystem of the Santa Monica Mountains.

“We understand that this will not be the last opportunity to help update the Hollywood Community Plan, and we will continue to work with the Planning Department and other associated departments to incorporate the Commission’s comments. planning and public in the next few weeks, ”Raman said Wednesday.

She said she supports the Just Hollywood Coalition’s calls for a stronger plan. The coalition urged people to sign a petition supporting the 4H plan, encourage more affordable housing, protect buildings from the Rent Stabilization Ordinance, create new policies to promote local hiring, protect small businesses, encourage the use of public transport and encourage new sources of energy. efficient buildings that will be integrated into the natural environment of Hollywood.

Several people expressed concern by calling the meeting and posting online that 31% of the plan’s total area would be zoned for single-family dwellings. Multi-family neighborhoods received 16% of the total plan area.

Brittani Nichols, a Hollywood resident, called the meeting to say: “I encourage all of you to adopt stronger anti-displacement protections … it is more important that affordable housing helps prevent more people from falling into housing than to maximize individual investment and developer profits. “

Hollywood resident Nicole Stuart has called to express support for the current draft of the Hollywood Community Plan update.

“I’ve lived in Hollywood for 20 years and blocks are demolished with a fraction of affordable housing, and the neighborhood is disappearing and they are pushing small business owners out, so I really hope you support the current project,” she said.

The current draft of the plan is opposed by advocacy organizations Alliance for Community Transit-Los Angeles and Thai Community Development Center, as well as the Unite Here Local 11 union, which represents 32,000 workers in hotels, restaurants, airports, sports arenas and convention centers in Southern California and Arizona.

Hollywood’s first community plan was adopted in 1973, but Hollywood lands are currently governed by the plan update in 1988. In 2012, the Planning Commission adopted an update, but the report This plan’s environmental impact was called into question a few years later, and the Los Angeles City Council canceled the update.

The draft plan can be viewed at https://bit.ly/2M6ioJK.