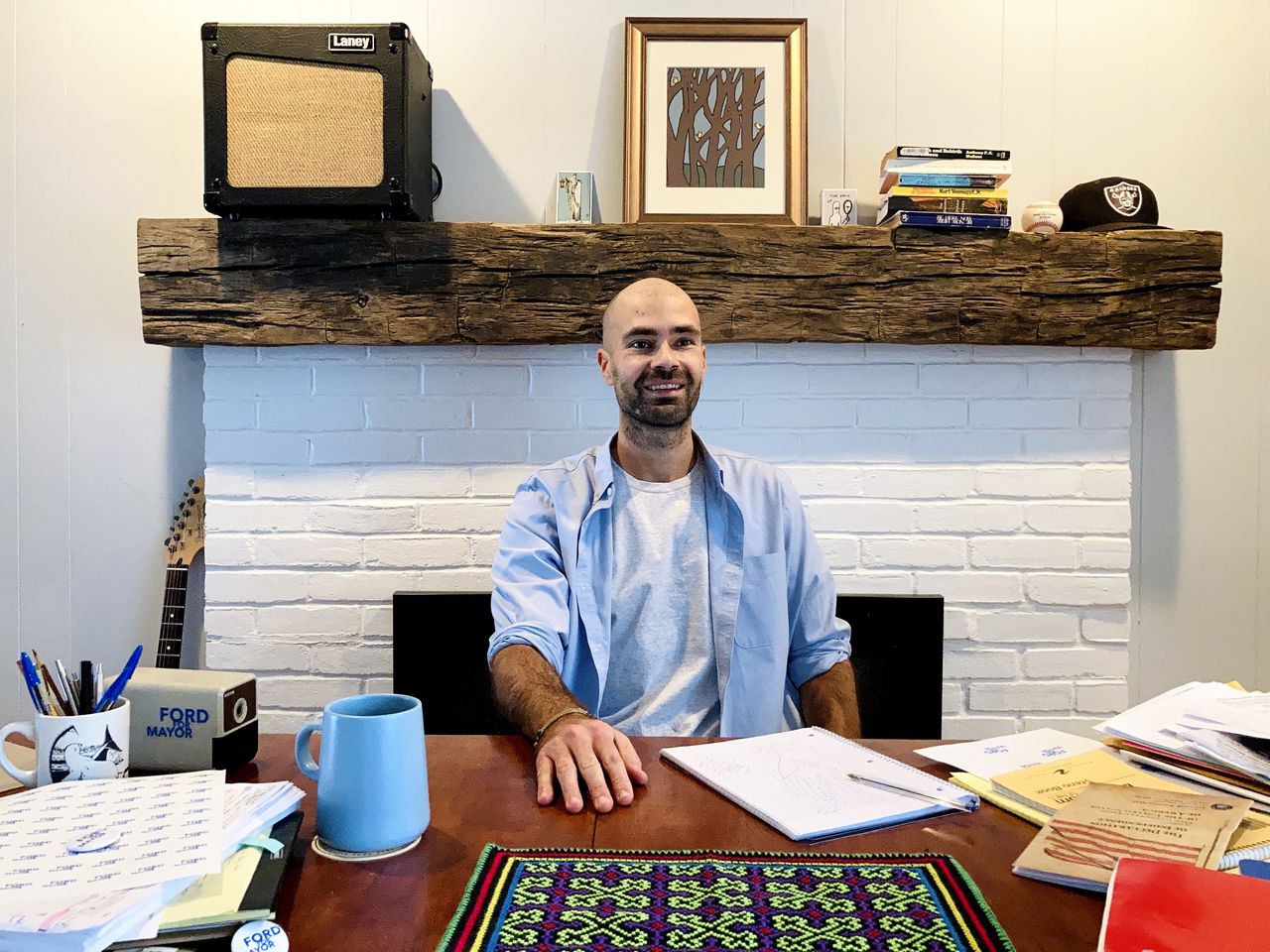 Skaneateles, NY A central New York resident has a new movie in the works 5,000 miles away, and the journey from script to screen is even longer.

Zack Ford, 38, of Skaneateles, has written the screenplay for an upcoming horror movie called The Watcher. The film centers on a young couple moving into a new apartment and the woman suspects that someone is watching them through her window across the street and may be a serial killer called the Headhunter.

Award-winning filmmaker Chloe Okuno is set to make her feature film directorial debut with the project, which is currently seeking locations in the country of Romania. Producers include Roy Lee (Stephen Kings It), Mason Novick (Juno) and Steven Schneider (Paranormal Activity).

Filming is expected to begin later this year. A casting has not been announced.

Ford was born in Anchorage, Alaska, and moved to Skaneateles when he was in second grade. He graduated from Skaneateles High School in 2001 and moved to New York City to pursue a career as a screenwriter.

The final product barely resembled Ford’s original work and was reviewed extensively. It has consistently reached number 1 in Russia and topped the sales of the film Hannah Montana in Finland, with sales of $ 5 million worldwide.

While the film had the historic distinction of being the first stereoscopic 3D film to hit theaters, it also won another accolade as one of the few films to receive a 0% on Rotten Tomatoes, wrote Ford in the industry publication. Script Mag. It crushed my budding career.

Ford also wrote and directed the 2009 independent film Girls Night Out, but it took him over a decade of writing, rewriting and scrambling to come up with his next film.

Part of the problem was the Great Recession, plus a strike at the Writers Guild of America that shut down movies and TV shows for months. Ford lost his CAA representation and took a job in advertising while continuing to produce scripts. Despite being a produced screenwriter with a NYU degree, he couldn’t see his work without an agent.

So he started his own business, Barbaric Media, and started making calls claiming he was the director of writers like Stanley Cooper, David Lee, Matt O. Goldberg, Lucy Perry, Benjamin Day, all pseudonyms. for Ford itself. He’s written over a dozen scripts, including Wolfhattan, about werewolves in Manhattan (of course); a Dracula-inspired western called Vampire Shootout; the tragic Love without roses; a ghost story called Wee Willy Winkie, and a drama, North / South / East / West, which nearly piqued the interest of American History X director Tony Kaye, American beauty actress Mena Suvari and the Game of Thrones star Peter Dinklage.

He is far from the first person to use a pen name or a little creativity to try to advance his career. Mildred Wirt Benson wrote stories of Nancy Drew as Catherine Keene, Stephen King published books as Richard Bachman, and Louis May Alcott wrote gothic thrillers under AM Barnard before writing Little Women.

Necessity is the mother of invention, said Ford syracuse.com | The post-norm.

Of course, that doesn’t mean Ford’s strategy will work for everyone. Watcher did not attract attention until he was featured on the Blood List, an annual list of notable non-produced horror and thriller storylines similar to Hollywoods Black List, in 2016.

You can try what I did but the cats are already out of the bag, Ford said. As a filmmaker, the best way to break through is to (create) something that will go viral. It’s much easier to get funding with an integrated audience, he added.

Ford is now signed to United Talent Agency and has a Director. He’s also a lot more satisfied with The Watcher’s writing process, compared to Scar.

Everyone seemed to be on the same page, Ford said. The rewriting didn’t fundamentally change the story … The director had the same vision. Every rewrite I participated in only served to improve the script.

But while his agent and manager have encouraged him to move to Los Angeles, Ford says he’s staying at Skaneateles and running for mayor.

As a screenwriter, I can work remotely, Ford said. I think Skaneateles is the most wonderful place in the world so I decided to stay here.

Ford returned to his hometown several years ago and is on the ballot for the March 16 mayoral election in Skaneateles. Hes operating as a freelance, focused mainly on the protection of Lake Skaneateles; hes calling his party the people of the lake.

Ford has repeatedly criticized current Skaneateles mayor Martin Hubbard, who was cited by DEC in 2017 for a construction project on his property that included an illegal drain that dumped silt, mud and debris into a nearby stream, then into the lake. Ford has also called on the village to ban pesticides and herbicides, and raised concerns about toxic algal blooms in Skaneateles Lake.

It broke my heart and I chose to run primarily to protect the lake, Ford explained. The people of Syracuse should know this (because) Syracuse’s drinking water comes from this lake.

Ford also criticized his mayoral opponent, Mary Sennett, who is a member of the Skaneateles village council who tried to bar Ford from entering village properties, where village council meetings are held, or to contact the village officials. The ban was lifted after the ACLU accused the village of violating its First Amendment rights and a state official said individuals could not be banned from attending public meetings without a court ruling .

I chose to stay but I feel like have to stay here, Ford insisted.

The Ultimate Playlist of Noise: How Syracuse Shaped A New Movie Now On Hulu

Is “Tell Me Your Secrets” based on a true story?

Sharad Kelkar: Good actors who couldn’t make it on TV and in movies now have a chance, thanks to OTT