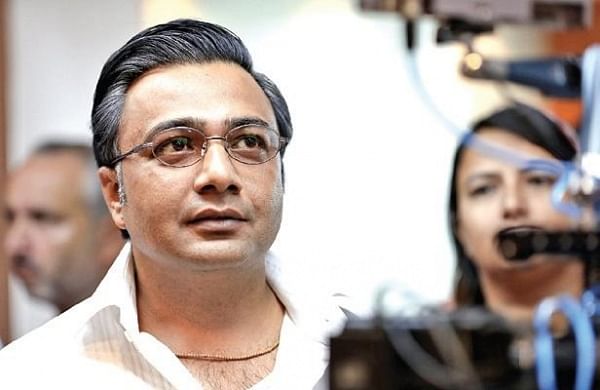 A single project can be a defining moment for a career, believes writer, coach and actor Hemant Kher. “I believe you have to wait for the best to happen,” says the actor who played Ashwin Mehta – the brother of Harshad Mehta’s stockbroker – in Zee5’s smash hit, 1992, Life-Based Scam by Harshad Mehta. Needless to say, the series is close to his heart. Right now he’s gearing up for a negative cameo in an upcoming web series, and he’s also considering an offer from Hollywood. He also talks about another project in which he will play the main role. Based on a script he wrote, this is a travel film set during the lockdown period. “It’s the story of a lonely man who finds love in unusual circumstances. The film deals with multiple aspects of the pandemic and its impact on relationships and people, ”explains the actor.

Kher came to Mumbai from Surat, Gujarat to continue performing in 2003, just after his training at the National School of Drama (NSD). However, life had other plans in store. Rejected by many production houses because “he didn’t have the face of an actor,” Kher began writing scripts for non-fiction shows, mainly reality shows such as Jhalak Dikhla Ja, Just Dance, India’s Best Dramebaaz, Sa Re Ga Ma Pa, Dance India Dance, Indian Idol and Amul Masterchef. In the span of 10 years, he wrote content for more than 30 shows. In 2009-10, he also coached the child presenters of Sa Re Ga Ma Pa Lil Champs on how to behave on stage.

Subsequently, he started training celebrities such as Javed Ali, Vikas Khanna, Ranveer Brar and Amaal Malik for their shows like Amul Masterchef, Sa Re Ga Ma Pa Lil Champs and Just Dance. Soon he launched an initiative called Rolexplore in 2016 to help actors familiarize themselves with the characters they were playing at all times. It all started during the show, India’s best Dramabaaz. Kher was one of the creators of the series. The fact that he is a former NSD and a trained actor with a background in theater, made him the natural choice to train the children on the show to hone their skills on stage. His “coaching process” started from there. He started doing workshops and people asked him to coach actors for their films. In fact, it was during one of these workshops that he ran into Pratik Gandhi, who played Harshad Mehta in Scam 1992. Kher admits that coaching is something he is extremely moved by because he himself had never no one to guide him when he came to Mumbai, and he doesn’t want others to suffer the same fate.

But like all creatives, Kher wanted to do more. He decided to stop writing for television in order to focus exclusively on acting and scripting for films. According to him, even as television provided him with a financial sustenance, he “lacked the creative satisfaction and recognition.” One day out of the blue, he got a call from Mukesh Chabbria’s office to audition for Scam 1992. Although Chabbria was initially skeptical about Kher – he thought the actor was a non-Gujarati, and Chabbria was adamant to get a Gujarati for the character – he was impressed with the hearing. The show gave Kher the recognition he deserved. And for the audience, it brought in an actor they could celebrate.