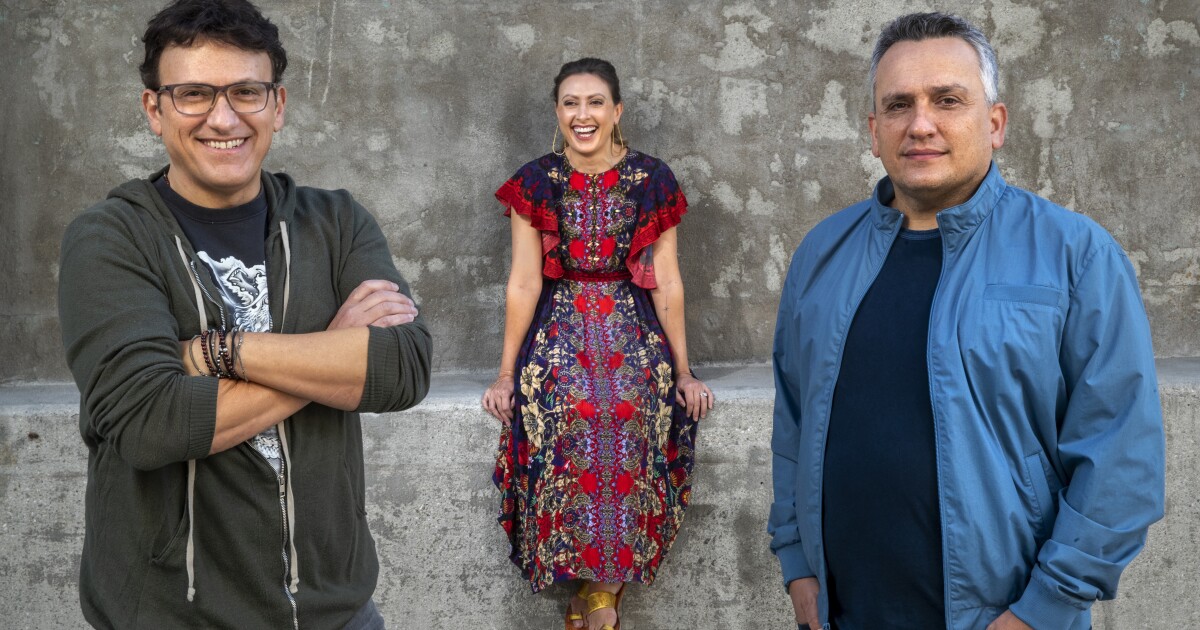 The older brother refers to theirs as a traditional Italian American upbringing in Cleveland. Extended family members, he says, always started businesses together and ran them together … sort of immigrant-family kind of dynamic.

So, of course, when Anthony Russo and his younger brother, Joe Russo, decided to become filmmakers, they worked together. More than two decades later, the Russo Brothers have done well enough (including directing Avengers: Endgame, the highest-grossing film to date) to launch their own studio, AGBO.

Now, they tell a story with unsettling themes close to their hearts, set in the city they were raised in, and make bold styling choices that wouldn’t have been possible in a multi-billion dollar franchise. Cherry, which opens in theaters this week and airs on Apple TV + in March, is essentially a bigger budget independent. But to make it even more personal, the screenplay was co-written (with Jessica Goldberg) by a Russo sister: Angela Russo-Otstot. It’s her first feature-length writing credit after a number of TV episodes, but it wasn’t entirely foreign to her.

When we read the book, we got a shorthand because of our shared experiences growing up in Cleveland. While we may not have experienced the majority of what the character does, the world he moves in and the people he interacts with feel so intimately familiar, says Russo-Otstot, who is several years younger. than her siblings (they also have another sister).

Cherry isn’t exactly a love letter to Cleveland. Based on Nico Walkers 2018 semi-biographical novel, written while the author was in prison for bank robbery, the story follows a young man (unnamed, but called Cherry in the script and played by Tom Holland onscreen) who falls in love, responds to grief by joining the Army as a medic and returns home haunted by his war experiences. He finds his love, Emily (played by Ciara Bravo), only for them to fall into an addiction to opioids, which he finances by robbing banks.

The extreme director choices of the films can rattle viewers who only know the Russo Brothers through their work on the Marvel Cinematic Universe or their stints with Arrested Development or Community.

We came from independent cinema, says Joe Russo. We made an art film in the mid 90s [the unreleased Pieces] to which only Steven Soderbergh responded. He took us under his wing and taught us the trade. He used to have this motto: one for you, one for them. Show people that you can make money, then use brand leverage to make something hard. With Marvel, we’ve made four great films. So we felt we had a big one for you.

Anthony adds: We know people, we have people in our family who have suffered and died from opioid addiction. It is a personal problem. The place we come from is kinda Ground Zero for the opioid epidemic.

For the people who identify with these struggles, says Russo-Ostot, I hope this film gives them a chance to feel seen and heard and also provides some kind of opportunity for them to feel a sense of catharsis.

Joe adds that empathy seems to be rare in the world today, and we wanted to tell the story with empathy. We wanted people to identify with themselves.

The cinema itself is very structured. Anthony breaks it down. The film is impressionistic. His intention is to root you strongly in Cherrys’ point of view so that you go through the same fight he’s going through. It is divided into six chapters, which summarize a life cycle for the 15-year-old character and each chapter is unique in its expression.

The first chapter is magical realism. The second is absurd. The conception of production is different. The behavior, the play choices, the color palette are different … to root you in these strong psychological changes.

The chapters correspond to great movements in Cherrys’ life, like going from a young man in love to a soldier, to a drug addict, to a criminal.

Chapter 1 is shot with impressionistic lenses, Joe says, resuming the dissection of the shoot. There’s a lens called the Petzval which softens the focus around the central subject and creates that romantic quality when he falls in love with the girl of his dreams.

When it gets down to basic training, the aspect ratio shrinks to create a square frame to help accentuate the unique wide lens that we use throughout the sequence. He’s got a bit of warping, so that reinforces the cartoonish nature of core training for him. Its absurdism; very Heller-esque in his take on military and training, he said, referring to Joseph Hellers Catch-22.

Anthony adds: Then we get into the war section of the movie, and we crash into the hardcore realism. As detached as Cherry may have been from her surroundings, you get the experience of war, and it all goes away. War and violence take everything else out of the equation.

But, Joe notes, this is one of the character’s most interesting paradoxes: he decides to go to war. He decides to rob banks. He makes these very aggressive decisions that involve violence. He decides to take drugs in a way that can destroy his body.

As well as finally having their one to ourselves and seriously exploring the themes that matter to them, the Russos have treasured the family aspect of the production.

We would read together; it was such a meaningful experience for me. We would laugh a lot. There were times we cried while reading this together, says Russo-Otstot.

One day two of my nephews were here in the offices … they were part of the reading with us, she adds. To go back to where we started this conversation, an Italian-American household was quite used to working together as family members and starting our own business. One of my nephews said afterwards, this is really what I want to do. And so, well, there you go.