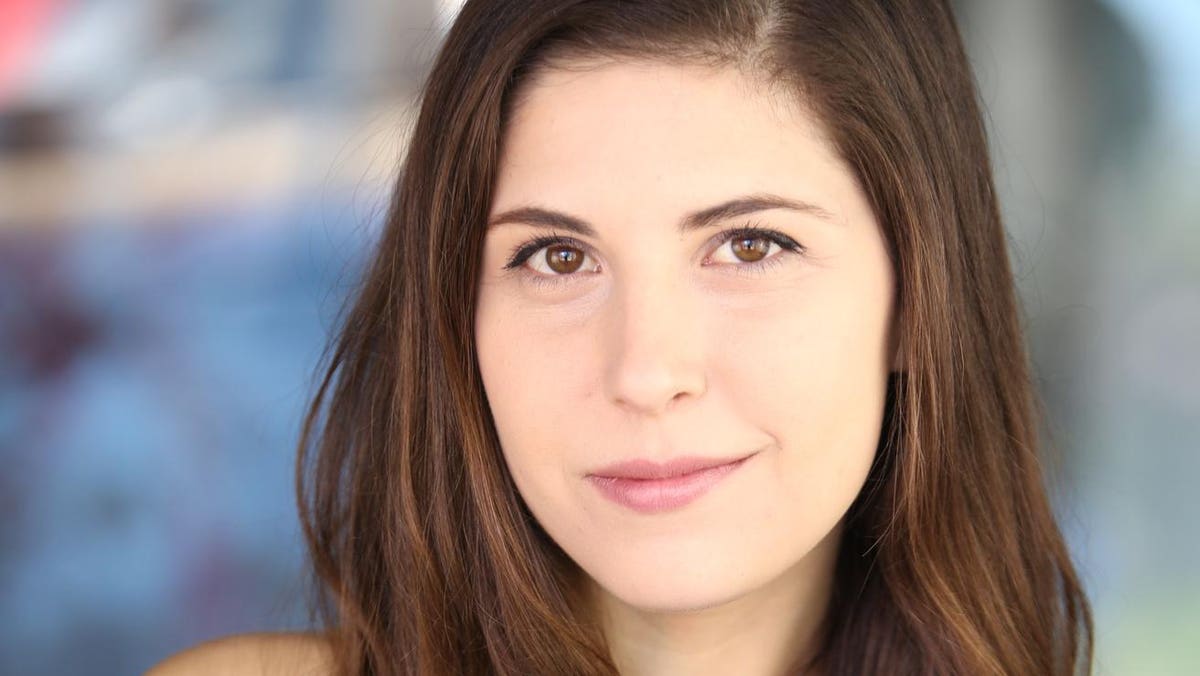 Since the start of the pandemic, Angel Giuffria has lived with her parents in her childhood home, located in a small town about 40 minutes from New Orleans, Louisiana. It has been an ongoing struggle to decide whether to stay or return to Los Angeles, where she lived before Covid-19 and where her career had flourished.

But the pandemic interrupted his upward career path, where Giuffria had finally started to see cohesive work. She says she has gone from auditioning once every few months to three to four times a week. Then the virus hit, Hollywood shut down, and opportunities dwindled for Giuffria.

Giuffria, who appeared on NBC’s Chicago Med, CBS ‘ FBI Most Wanted, and movies such as Accountant, made her way through Hollywood, a dream that began when she was a student. For as long as she can remember, Giuffria has dreamed of acting, which some might have found unrealistic due to her birth limb difference: Giuffria was born without her left arm.

Before her birth, there was no sign that Giuffria would miss her arm. Ultrasound hadn’t evolved into what it is today, so whatever his parents saw appeared like a shadow, there was no reason to be alarmed.

Towards the end of her mother’s pregnancy, Giuffria says, she began to experience Braxton Hicks, or false labor pains, which put her to rest. In bed, Giuffria’s mom watched the local news when a story about myoelectric arms for babies and children surfaced. Giuffria says her mother, a nurse, found the story amazing. She didn’t know she would give birth to an armless baby in a few weeks.

“A week later the newspaper I was living in published the story. All of our neighbors showed up with the newspaper. My mother kept them until probably ten years ago,” Giuffria said. “I was like, ‘Mom, why do we have 30 copies of the same journal?'”

Myoelectric was located in Houston, Texas, about four hours from where the Giuffria family lived at the time. Almost immediately, Giuffria says her mother took her to get fitted for a prosthesis.

“I had a passive device, so still, at four weeks, then they started training me. And then, at four months and ten days, I was able to operate and use the little robot arm on my own, ”Giuffria said.

Giuffria would become the youngest in the world to wear a myoelectric prosthesis, even being featured in the final season of Believe it or not Ripley.

Giuffria continued to use prosthetics for most of her life, which set her apart at a school where she was the only person with a congenital limb difference. She remembers that she had felt different and was often teased.

“People didn’t understand, or people were brought up to think this or that. And I kept thinking, even as a kid, like, ‘How do I talk to this adult to convince him I’m okay?’

Giuffria was involved in plays and musicals as a child, even participating in a program at her hometown theater. But when she got to Southeastern Louisiana University, she majored in psychology.

“I don’t think I ever thought that theater could be my job because I had never seen anyone like me, which we often talk about in the disability community,” she said.

While in college, after Hurricane Katrina, there were cinematic incentives in New Orleans, making Louisiana “South Hollywood.” To earn some extra cash, Giuffria decided to start doing “extra” work, often finding herself on TV show series and big movies.

And then the moment that changed everything.

Giuffria was on set for The Green Lantern, with Ryan Reynolds. One day, the director, Martin Campbell, known for having directed Casino Royale, among others, decided at the last minute that he needed an additional star, a role that had not already been written in the script.

“The PA (production assistant) came in first and it was like, I have to pick 12 girls, and he was like you, you, you come into this room,” Giuffria said. “And then it fell to three of us and then finally Martin Campbell walked in, looked at all three of us for about two seconds, and said, she [pointing to Giuffria.]”

Giuffria was in a hurry to do her hair and make up. They chose her for a scene where she would play a late student in class. Giuffria was ordered to open the door and sit down while the teacher gave a speech.

“All of a sudden, I realized they hadn’t noticed that I had an arm,” Giuffria said.

At the time, Giuffria wore a cosmetic prosthesis resembling flesh and she wore a long-sleeved shirt. Giuffria started to panic, her mind racing a mile a minute, fearing what would happen if the crew found out that she was missing a limb.

“I think – I have to tell them because if they find out, is it going to be awkward? [the director] go tell me, ‘why is she so stiff as she runs in front of everyone?’ Or will he want to choose someone else? “

“So I go to the AP and say, ‘I’m sorry, but I need to talk to the director.’ And he just laughed in my face because I ask even more to speak to the director. I look at him and I say to myself: “I have an arm.” And he looks down, and he was like, I’ll be right back, ”Giuffria said.

When she finally got the chance to talk to Campbell, Giuffria said she spoke to him about her arm through scrambled words and nervous energy.

“I was shocked because I never thought that someone like him would agree that I could be there.”

From there, Giuffria stepped into the theater. She started taking classes, got an agent, and even landed a role in Accountant, with Ben Affleck.

While Giuffria was fortunate enough to reserve roles in television, film, and commerce, she says, most of them were related to her arm and her ability to use a prosthesis. Most of the time, she plays a service member who lost his arm in battle.

“Because it seems like 90% of the things I book are the only amputees on TV that must have been in the military, and that only perpetuates the idea that we don’t exist outside of that.” , Giuffria said.

“Some of us are not [service members], and why are these stories not being told? “

As soon as Giuffria started booking, many of those parts, not focused on his limb difference, were as quick as they were gone when the pandemic started. Giuffria fears for the representation of people with disabilities in the industry in the future.

People with disabilities make up about 20% of the American population, compared to a tiny number of characters on television and in movies. And often, when a character has a disability, he’s played by a non-disabled actor.

“For so long I was part of the team: as long as they auditioned disabled actors for the role [when searching for an actor to play a disabled character], and they didn’t find what they were looking for. But now I feel like it’s a loophole. “

While the future is still unknown, as Hollywood struggles to recover from the Covid-19 pandemic, Giuffria is optimistic, hoping that she and other actors with disabilities continue to have opportunities. She hopes her involvement in Hollywood will encourage others to change the way they view people with disabilities.

“I love to participate in the idea of ​​representation because if people can see people like me existing normally, it will change the way people see the world a lot.”

This article is part of a series called Seen: Spotlighting Disability Representation in Hollywood. Each month, I will spotlight a woman or girl with a disability in Hollywood with the goal of making her voice heard and showing the impact that people with different abilities have on the industry.

Gal Gadot was ‘set to give up acting’ before Wonder Woman cast, see her ‘nostalgic’ post