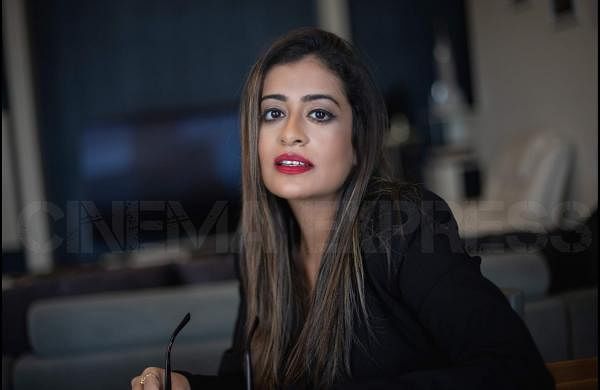 Hamisha Daryani Ahuja has donned many hats over the years – that of an entrepreneur, a motivational speaker, an author … But ten years ago, when she launched her restaurant Bistro 7 in Nigeria, she Could have dreamed that she would end up making a Bollywood- Nollywood movie style? Usually filmmakers say no, but the dreamer that Hamisha has always been, she says yes. And now that dream project is streaming on Netflix.

Excerpts from a conversation …

Tell us how you became a filmmaker.

I have been an entrepreneur all my life. We came to Nigeria and started a business here. After seven years of running my restaurant, Bistro 7, I decided it was time to do something new. I’m also a motivational speaker and talked about “Dreaming Big” some time ago. When you talk about such topics, you start to embody them. So I decided to sell my stake in the restaurant and with the extra time I had I decided it was time to pursue the big dream: making movies.

What was the inspiration behind making a cross-cultural film like Namaste Wahala?

Like many Nigerians, I am a big fan of Bollywood. In fact, Nollywood (Nigerian film industry) took a lot of inspiration from Bollywood. So, I thought it would be interesting to make a film that is relevant to Nigerians but that the global audience can also recognize. Namaste Wahala is like a Bollywood movie from the 90s. It’s a Nollywood movie, but what really makes it Bollywood is that there is a lot of dancing around the trees, Indian music and so on.

How fun was the shoot, given the two cultures coming together?

Very. People from Bollywood were coming to Nigeria for the first time and it was also the first movie they made in English. It was a first for a lot of people – it was the first movie for me, my DOP… It was Ruslaan Mumtaz’s first English movie… That excitement rubbed off on all of us on set.

Being a big fan of 90s Bollywood, does it seem to you that there is a shortage of romcoms in general?

Oh, 100%! I miss the cheesy movies I grew up on. I love modern Bollywood, but I miss the old-fashioned romance, like in Kal Ho Na Ho. Namaste Wahala seeks to resolve this problem. I think we need more wellness films.

If you had to remake an old Bollywood movie, what would you choose?

My most favorite movie is Kuch Kuch Hota Hai, followed by Dilwale Dulhania Le Jayenge. I guess, a movie that contains Shah Rukh Khan. When you watch a movie ten years later, you still feel what you did when you originally saw it. I would like to create this with the remake.

What challenges have you encountered, Namaste Wahala being your first movie?

Now that I’ve made the film, I feel like I’ve graduated from film school. You only learn by doing. A bigger challenge was that I was also producing the film. The experiences of running my businesses helped me, but there was always an internal conflict between director and producer in me. In the future, I may only take on one role.

What’s the next step for you?

With this film, I see the potential of so many people. I started my production company, Forever 7 Entertainment, and we’re going to handle TV shows, reality TV, more movies…