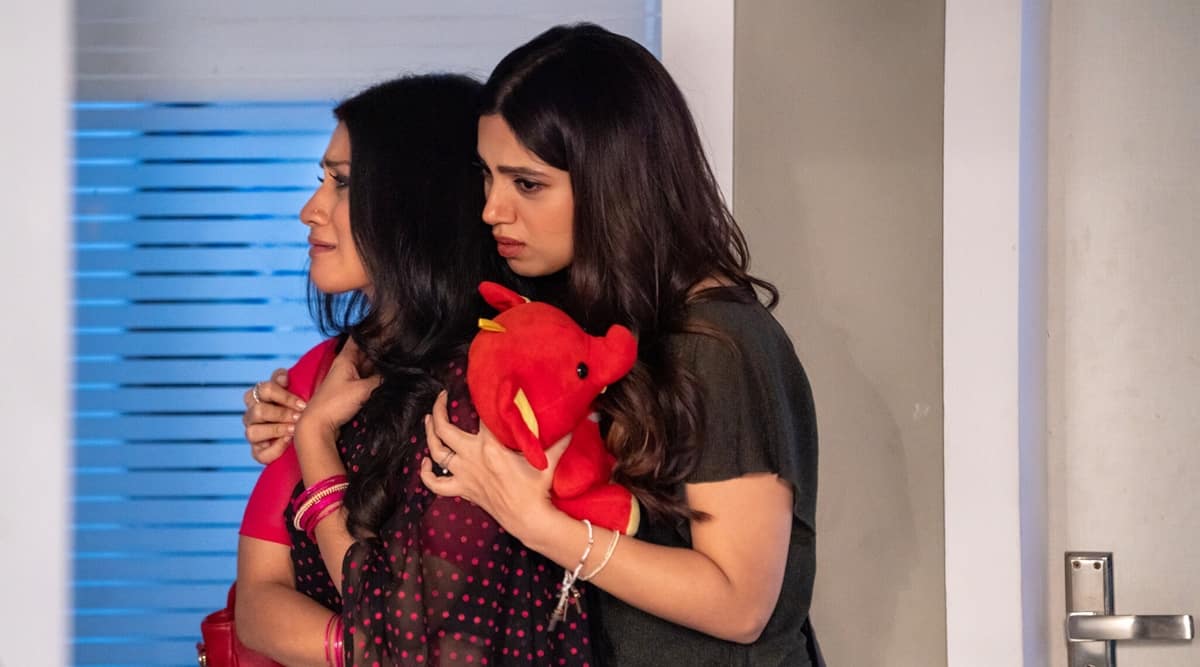 Women are born to make sacrifices for men.

This dialogue comes from the 1995 Bollywood film Dilwale Dulhania The Jayenge, where the main character, Simran, fell in love but her family has already arranged for her to marry someone else. Her mother asks her to sacrifice this love out of respect for her father’s wishes.

For Bollywood, the world’s largest film industry, the road to authentic portrayal of women has been bumpy. In Indian Hindi filmmaking, on-screen mothers have long been portrayed as passive housewives who submit to patriarchal pressures.

But this representation is called into question. A number of films in recent years have shown mothers, and women in general, as complete and complex human beings, not melodramatic side characters, but independent, outspoken actors who are in charge of their own destiny.

Tribhanga, released on Netflix in January, is one such movie. The story follows Anuradha (Kajol), an actress and dancer, who must face demons from her past when her estranged mother, Nayantara (Tanvi Azmi), ends up in the hospital. Nayantara, who is a very accomplished writer, can tell her side of the story in flashbacks, through conversations with a disciple who is recording material for a biography.

The titular character of Vidya Balan in the character of Shakuntala Devi struggles to fulfill her duties as a mother while balancing her career. (Photo: Amazon Prime Video)

Written and directed by actress Renuka Shahane, Tribhanga covers topics that are not typical of Bollywood films, such as single motherhood, sexual abuse and open relationships. Nayantara herself is shown leaving her husband so that she can pursue a career, dating a single mom, and casually drink when she feels like it. What she doesn’t realize is that one of her boyfriends sexually abused Anu and the cycle of trauma repeats itself when Anus’ daughter is bullied for being born out of wedlock.

My mom has always shared her fallibility with me, Shahane said in a video interview last month. The fun part of growing up with her was that I could see her as a human being.

Shahane took this inspiration from real life and incubated it in a screenplay she worked on for almost six years. For the characters, she said, it was important to portray women as complex, if not imperfect, people. They are first and foremost individuals, and they are very talented, beautiful and strong women, but they also have their feelings.

But audiences, and the industry, haven’t always been as welcoming as female-led films over the past decade, like The Dirty Picture (2011) and Kahaani (2012) have done well at the box office. , while others like the 2018 film Veere Di Wedding did. do not. Yet mothers were often portrayed adhering to traditional gender roles, loving their families and fully focused on the lives of their children. In the 2001 family drama Kabhi Khushi Kabhie Gham, the mother (played by Jaya Bachchan) is shown to be telepathically aware of her son’s emotions and presence, whether he is physically near her or not. And the 1999 film Hum Saath Saath Hain placed mother’s preference for her youngest son at the center of the conflicting stories.

The movement towards a more three-dimensional representation of mothers on screen has been developing for decades. According to Beheroze Shroff, professor of Asian-American studies at the University of California at Irvine, it started in the 1950s, when post-independence India was breaking the shackles of colonialism. Shroff said that in the 1957 film Mother India, the ideal mother was portrayed as a daughter of the nation, both committed to her domestic duties and to her country. But as India globalized, transnational trends and free market capitalism proliferated, and by the 1990s there was a growing need to reach out to a then burgeoning diaspora audience. This created a conflict between showing women as conscientious as they really are, as more and more viewers around the world demanded a more precise portrayal.

The character of Kajol Anuradha in Tribhanga, an actress and dancer, must face the demons of her past. (Photo: Netflix)

When it comes to recent female-led films like Tribhanga, Shroff said questioning the role of the mother figure is necessary to make the characters more true to life. A mother must be three-dimensional and her sexuality must be valued. Especially when she is no longer dependent on the husband’s financial assistance.

In recent years, the growing investment from global streaming platforms in India has also accelerated progress, Shroff said. One way or another, capitalism helps creativity and helps new voices.

Much of it goes to the public. International viewers on streaming platforms, especially in large markets like the United States, tend to be more open to seeing women in different roles, which makes them more logical and more profitable.

Shroff said that streaming services have a certain sensitivity that they want to see in the type of stories they promote on their platform. It has been a big boon for women filmmakers, women writers, women behind the camera and in front of the camera.

Alankrita Shrivastava, director of the 2019 film Dolly Kitty Aur Woh Chamakte Sitare (streaming on Netflix), agreed that change is happening now because of women who have moved up in the industry, but believes the change is also happening at further because of the eclectic interests of the public. I feel like audiences can also open up a bit more to stories that don’t necessarily have the heterosexual male, upper caste, cisgender hero at the center of the universe, she said.

Motherhood is also a theme of Dolly Kitty, which tells the story of two women who are on parallel paths of self-discovery. One of them, Dolly, is a middle-class mother of two who explores the reasons why she doesn’t feel sexual desire towards her husband. At first, she blames herself but on her own path, she ends up questioning her estranged mother, whom she had long blamed for leaving the family to pursue her own dreams. And in doing so, Dolly realizes that the problem isn’t her, but her unsatisfactory marriage, which stifles her own ambitions and desire.

The 2020 film Shakuntala Devi (streaming on Amazon Prime) introduced the life story of the famous mathematician. Devi, as shown in Vidya Balan’s film, struggles to cope with her duties as a mother while balancing her career and passion for math. Told from the perspective of Devis’ daughter, this film also highlights the toll that intergenerational trauma can bring Devi grew up hating her own mother, and in the end her daughter expresses a similar inability to understand Devi.

With similar themes of intergenerational trauma present in Tribhanga, actress Kajol reiterated the importance of expanding a mother’s view in Bollywood films.

We as a country are putting this whole idea of ​​mom in a very tight little box, she said. But this kind of thinking is set up for failure and limits the possibilities for women on and off screen. It is an unrealizable dream that you are the perfect mother that you cannot. There are simply too many tightropes and you are doomed if you go through this setting.