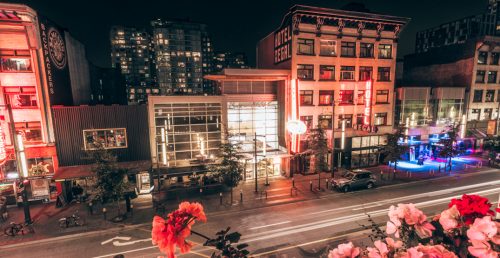 Written for Daily Hive Urbanized by Ken sim, 2022 candidate for mayor of Vancouver. He was born and raised in Vancouver, a UBC graduate, chartered professional accountant, company founder, father of four boys and a philanthropist.

Growing up in Vancouver in the 1980s and 1990s, the Granville Strip was a vibrant and welcoming scene that provided the opportunity for a real nightlife scene.

I remember going to countless concerts at the Commodore and ripping it up at Luv-A-Fair, Graceland, Mars Club, the Big Bamboo, and sometimes celebrities.

Vancouver was a place you could have a great time every night of the week (once you included the Pit, Side Door, Kits Pub, and Richards on Richards).

More recently, I remember the excitement, public pride and sense of community that came out on Granville and Robson streets during the 2010 Olympics. We had the opportunity to share a civic experience. by celebrating the city we live in and the country we love.

Unfortunately, since 2010 we have seen the Granville gang decline, for a host of reasons.

The main ones are:

I don’t know about you, but I’m tired of living in “No Fun City”.

The nightlife and scene that I experienced growing up here is a shadow of his old self.

The cost of living and the cost of housing made it impossible to sustain a vibrant arts and culture scene. When you then add an endless list of statutes, rules, and regulations that force companies to jump over obstacles just to get a special event license, you end up with people bending the rules and, as a result, creating a less safe space for culture and nightlife to occur.

I want a city that has a healthy, vibrant nightlife that is safe for my sons, nieces, nephews and their friends to join in once they reach adulthood.

The Granville Strip has been, and should be, the heart of Vancouvers nightlife, painted in neon and beating bass. However, we all need to get on the same page. The Council must have the courage to tackle some of the problems that prevent a successful plan.

First, we don’t need the Granville Plan to provide subsidized housing for people with mental health and addiction issues. Locating people who are struggling to recover right next to an entertainment district is a recipe for disaster. We can ensure that these people are effectively supported and housed in other appropriate places throughout the city, in areas where they are less at risk to themselves and to others.

Second, we need to empower the VPD to deal with the toxic subculture present on the Granville strip. While we should have a welcoming entertainment district for people from all over the Lower Mainland and around the world, it should be safe for people to frequent it.

Third, we must support our artistic, cultural and entertainment venues. We can start by supporting exciting new development ideas and introducing mixed commercial licenses to encourage the best use of spaces.

Recognizing that the Granville Street Entertainment District plan should be focused on building a world-class entertainment district (and not on solving the long list of crises facing our city) is a first step in taking a real leadership on a growing problem. of a decade.

I’m excited to see how the plan evolves, and I’m determined to have ongoing conversations with people across town about what they want to see done to support our arts, culture and entertainment sectors.