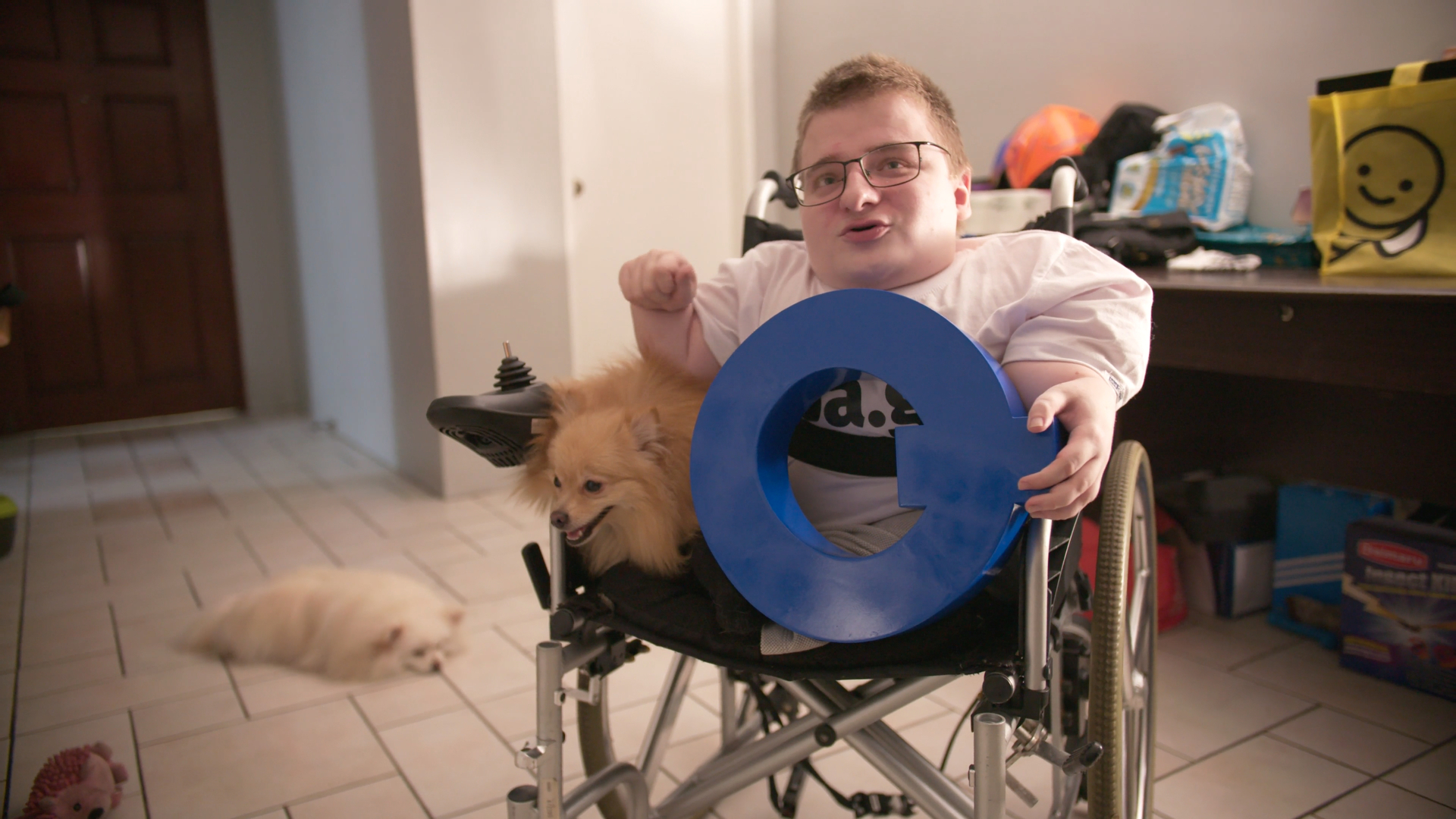 Cullen Hoback’s search to uncover the forces behind QAnon easily goes to unrepentant promoters of conspiracy theory and could ultimately do more harm than good.

The most revealing part of HBO’s “Q: Into the Storm” comes in its second episode, when Ron Watkins, a conspiracy theorist and former administrator of 8chan, explains why he agreed to be interviewed for the documentary: “He Getting the word out is very important over the years more and more people are attacking free speech online and we must do all we can to defend it now.

It’s a common right-wing talking point regarding social media platform restrictions on bigotry, violent content, and conspiracy theories, and it’s a lie that “Q: Into the Storm” does very little against. against. The documentary, directed by Cullen Hoback and produced by Adam McKay (“Succession”), is billed as an investigation into the identity of the person (s) behind QAnon and its impact on American culture and politics, but boasts of an unnecessary framing plot and offers little new information despite its six-hour battery life. At its best, “Q: Into the Storm” is a aimless puff piece about some of the most notorious promoters of conspiracy theory. At worst, it’s a non-critical platform for QAnon adherents to promote their worldview and trivialize a conspiracy theory that directly inspired several violent crimes.

For the uninitiated, QAnon, which gained ground in late 2017, alleges that a Satan-worshiping cannibal and pedophile cabal comprised of Hollywood liberals, Democratic politicians and various government officials are running a global child sex trafficking network and conspire against Donald Trump during the tenure of the former president’s Oval Office. QAnon posts “Q drops” on 8chan, a website linked to white nationalism, anti-Semitism and several mass shootings, to relay his messages. The conspiracy theory has become popular in the right-wing media and has been promoted by a handful of Republican politicians, including U.S. Representatives Marjorie Taylor Greene and Paul Gosar, as well as Trump himself. A Mafia boss allegedly murdered by QAnon believer in 2019 and many conspiracy theorists participated in the assault on the U.S. Capitol in January.

There are plenty of opportunities for documentaries to constructively analyze QAnon: How did something so out of touch with reality win so many fans? How can we help our friends and relatives who are victims of QAnon’s messages? What kinds of policies and tactics could be adopted by social media and web hosting companies to ensure that these dangerous conspiracy theories do not gain traction on their platforms in the future? What will happen to QAnon after Trump is defeated in the 2020 presidential election?

“Q: Into the Storm” is not interested in seriously answering any of these questions. As tangential references to the 2020 election and internet disinformation are scattered throughout the documentary, Hoback focuses almost singularly on uncovering QAnon’s identity. That said, the biggest problem with the documentary is not its purpose – although there is no indication that discovering the forces behind QAnon will hamper conspiracy theory, its identity has long been a source of speculation – but rather the tactics. of Hoback’s reporting and his decision to dedicate. so long for the life of the main promoters of the conspiracy theory.

Most of “Q: Into the Storm” is made up of Hoback with – and sometimes interview – 8chan founder Frederick Brennan, whose website gained popularity after helping it become a hub of the misogynist Gamergate harassment campaign in 2014, as well as Jim and Ron Watkins, the father-son duo who took ownership of 8chan in 2016. The documentary exhaustively details the years-long feud between Brennan, who eventually distanced himself from 8chan and became a vocal critic of the website and QAnon, and the Watkins. While the first episode of the series does an adequate job of depicting the origins of QAnon, the following five episodes turn into a lukewarm profile on the operators of 8chan; plenty of detail is offered about the trio’s personal lives and worldview to the point that Hoback’s investigation into QAnon’s identity, let alone the material impacts of conspiracy theory, is routinely lost in the mix.

This is also the case when Hoback interviews a variety of QAnon social media influencers and Trump’s D-List surrogates. Regardless of who is interviewed, Hoback is generally reluctant to ask his subjects hard-hitting questions and rarely pushes back in his interviews or storytelling when his questions are diverted or answered with half-truths or lies. It’s no surprise that the Watkins and other conspiracy theorists interviewed for the documentary frequently lie to Hoback. – it’s their shtick, after all – but it’s unclear why so much misinformation and outright nonsense (Jim suggests in Episode 2 that QAnon is legitimate due to multiverse theory while dramatic music and occasional lightsaber noises are played in the background) is featured at the end product without any criticism.

Ethical dilemmas aside, the amount of conflicting and irrelevant statements just makes the documentary a job to do. Hoback’s investigation into QAnon’s identity appears to be based on information he gleaned from conspiracy theorists (a handful of extremist journalists and researchers are interviewed but their appearances are fleeting compared to those of QAnon supporters) and Although the director makes an effort to sift through the lies, the unreliability of most of his interview subjects makes it difficult to give much credit to everything that happens on screen.

Jim Watkins and Ron Watkins in “Q: Into the Storm”

Likewise, bizarre segments are scattered throughout the documentary, and Hoback’s narrative, which sporadically includes inexplicable reviews from mainstream media, is often misinformed. He describes Gamergate in Episode 2 as “pushing back against feminist video game criticism”. Steve Bannon’s efforts to create a school for far-right activists are referred to as “attempting to cultivate an academy for cultural warrior shitposting on the deified lands of an 800 year old monastery” in Episode 4.

What is truly inexcusable, however, is the inclusion and framing in the documentary of footage from the 2019 mass shootings in Christchurch, New Zealand and El Paso, TX in episodes 3 and 4, respectively. The first, preceded by a narration stating that “the games were about to end” and an interview segment where Ron absolves himself and 8chan of his guilt, features footage of the gunman opening fire in a Christchurch Mosque interspersed with many images of 8chan users. post attack celebrations. It’s horrible, free and totally unnecessary; the violent images of the assault on the U.S. Capitol to triumphant music and applause from Trump supporters towards the end of Episode 6 are almost harmless in comparison.

[Editor’s Note: The following portion of the review contains spoilers for “Q: Into the Storm.”]

As the documentary concludes, Hoback concludes that Ron Watkins is Q. The director approves via a roughly one-minute forecast of how the QAnon movement might change in the future and a critique of Ron’s actions; he’s a “cynic who treats the whole world like it’s a game.” It’s about as scathing as Hoback’s criticism of QAnon and its promoters in “Q: Into the Storm”.

Hoback’s reasoning for Ron to be Q is … somewhat understandable, the conspiratorial framing to its conclusion notwithstanding, but it’s hard to fully accept the documentary’s response when much of the investigation relies on information obtained. of, well, conspiracy theorists. The big reveal is probably not the point. Despite Hoback’s suggestion that revealing Q as the idea of ​​an anti-social nihilist might weaken the movement, the last few years of American politics have long proven that a significant fraction of the population has no qualms about supporting a such individual as long as they find their message attractive.

Ultimately, “Q: Into the Storm” might end up doing more harm than good. Reference is sometimes made to promoters of QAnon peddling the conspiracy theory for financial gain and individuals such as Roger Stone being described as “infamous,” but the vast majority of the documentary is a non-critical platform to allow to unrepentant racists to espouse their vision of the world and to justify it in the name of “freedom of expression” and “patriotism”. The B roll of the documentary is absolutely littered with images of racist 8chan posts and random QAnon Twitter accounts. Above all, Hoback’s commentary only adds fuel to the fire. QAnon fans will be delighted to see their idols riffle with each other in an HBO documentary. For the well-meaning who expect a nuanced deconstruction of one of the most violent and deranged conspiracy theories in recent history, consider yourself savvy.

The first two episodes of “Q: Into the Storm” air on HBO Sunday, March 21 at 9 p.m. ET. The new episodes will be broadcast consecutively on the following Sundays.