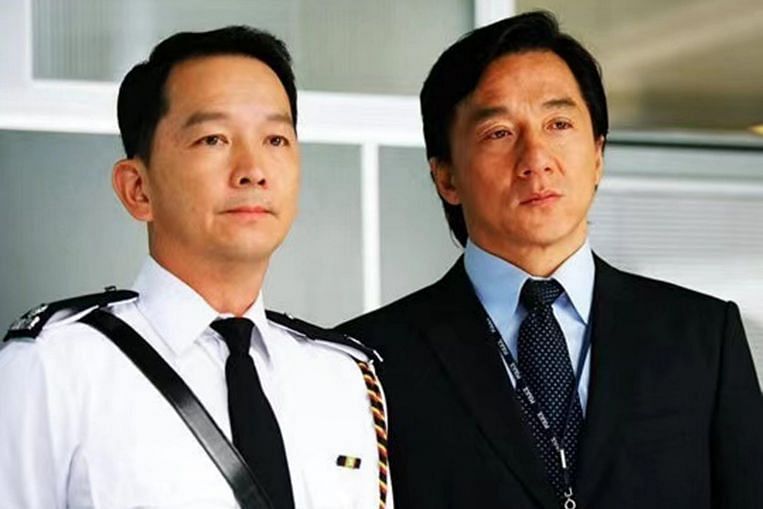 Other celebrities paid tribute to Hong Kong actor Liu Kai Chi, who died of stomach cancer at the age of 66 on Sunday March 28.

One of them was action superstar Jackie Chan, who had acted with Liu – affectionately known as Uncle Chi – in New Police Story (2004).

The police action film, which also starred Nicholas Tse, Charlie Young and Daniel Wu, was directed by Benny Chan, who died of nasopharyngeal cancer at age 58 in August 2020.

Jackie Chan wrote in Chinese on Weibo on Monday: “My serendipity with Uncle Chi wasn’t just when we worked together on New Police Story with director Benny Chan. We were also born on the same day, same month, and same year.

“I was sad when I heard the news. Director Chan passed away last year, while Mr. Liu had just passed away.

“Mr. Liu Kai Chi was truly a skillful actor. He was low-key, dedicated and professional, a role model in the theater industry. Now there is another good actor in Heaven. I will miss him.”

Chan and Liu were both born on April 7, 1954. Chan attached a photo of the two in New Police Story, in which he played the main character, Chief Inspector Chan Kwok Wing, while Liu played his good friend and commander.

Liu has been nominated eight times for Best Supporting Actor at the Hong Kong Film Awards, winning twice for Cageman (1992) and Beast Stalker.

Early Wednesday, Liu’s second son John posted to social media for the first time since his father died thanking everyone for their concern and love for his father.

Liu is survived by his wife, former TVB actress Barbara Chan, 60, and their two sons, aged 22 and 26. Their youngest son died at the age of five in 2006 after a three-year battle with leukemia.