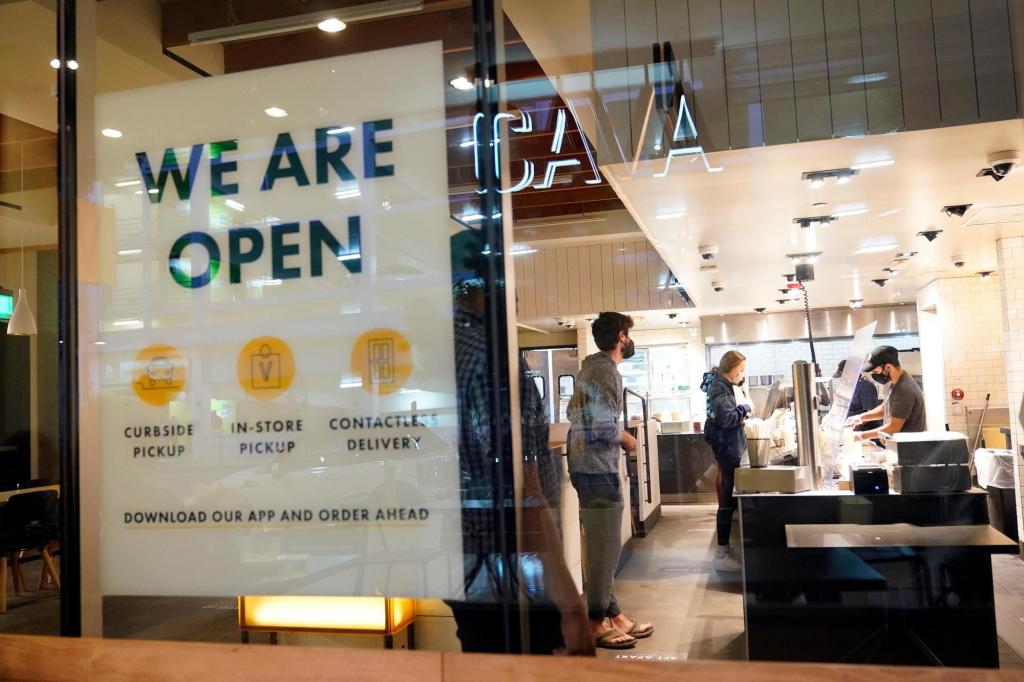 By ADAM BEAM and JANIE HAR

SACRAMENTO, Calif. (AP) – California on Friday allowed people to attend indoor concerts, theatrical performances and NBA games for the first time in more than a year as the rate of people testing positive for the coronavirus in the state is approaching a record low.

The rules are different for private indoor gatherings, including weddings, reunions, or conferences. These are only allowed if all clients test negative for the coronavirus at least 72 hours in advance or show full proof of vaccination. The changes do not mention the requirement for proof of vaccination and place much of the enforcement on business owners and operators.

“Allowing some of these activities and opportunities for people who are vaccinated is an incentive,” said Dee Dee Myers, director of the Governor’s Office for Business and Economic Development. “If they can go back to some of their favorite things to do because they are vaccinated, then hopefully a few other people will go for the vaccinations.”

The new rules appear to be pushing California towards a vaccine verification system, a very controversial issue across the country. New York has launched a digital pass that residents can use to show proof of vaccination or a negative COVID-19 test accepted at major entertainment venues. But Florida Republican Gov. Ron DeSantis issued an executive order on Friday banning companies from requiring so-called “vaccine passports.”

California public health official Dr Tomás Aragón said on Friday the state would follow the federal government’s lead, but said vaccinations would not be needed for essential services.

California’s new rules come as the state administered nearly 19 million doses of COVID-19 vaccines. Almost 6.9 million people are fully immunized in a state of nearly 40 million people. Only people 50 and older are eligible statewide to get the vaccine now, followed by those 16 and older on April 15.

Requiring proof of vaccination raises questions of confidentiality and fairness, as not everyone will be able to get vaccinated while others would not want their medical information stored in a clearinghouse, Dr. Kirsten Bibbins-Domingo, chair of the Department of Epidemiology and Biostatistics at the University of California-San Francisco.

She noted that similar requirements in other countries have prompted people to get vaccinated, but the most notable issue in California is “we just haven’t vaccinated enough people in the population right now,” she declared. Surges in parts of the country also suggest it is not a low-risk time to lift restrictions, she said.

The new rules will continue to adhere to California’s tier system, in which sectors of the economy can reopen depending on the extent of the virus in each county.

In the most restrictive purple level, indoor concerts, sporting events and theatrical productions are not allowed. In the red tier, venues for up to 1,500 people can operate at 10% and increase to 25% if all guests provide proof of vaccination or a negative test. Sites of 1,501 people or more may operate at 20% capacity in the red level, but must show proof of vaccination or a negative test. The capacity increases for levels where the virus is less prevalent.

Sites may also choose to separate people into sections based on their immunization status. Those who are fully vaccinated can sit side by side, but they still need to wear masks, Aragón said.

Ben Bleiman, a San Francisco nightlife activist and president of the California Music and Culture Association, said venues need full capacity to make money – but members will take the change, though with some trepidation.

“On the one hand, you get the thrill and joy of reopening,” he said, adding on the other, “there’s a certain fear that something is going to go wrong.

Private indoor events, including wedding receptions and conventions, are not permitted in the purple level. In the red level, they are limited to 100 people and all guests must show proof of a negative test or that they have been fully vaccinated. More people can attend such events in less restrictive levels.

Most of California’s 58 counties are in the red level, but large population centers like San Francisco, Santa Clara County, and Los Angeles County are in the least restrictive orange level. Only two counties are part of the lowest yellow level.

These capacity limits for private gatherings are unlikely to help large convention centers, which rely on indoor events that draw thousands of people.

Ray Roa, director of sales and marketing for the Fresno Convention & Entertainment Center, said the updates were a step in the right direction, but managers need advice on how to run meetings and events on a large scale like those that his place usually hosts.

Governor Gavin Newsom visited a San Diego vaccination site on Friday to highlight California’s vaccination efforts. Newsom, 53, got the shot on Thursday, the first day California allowed anyone 50 and over to get the shot.

This story has been corrected to show that private gatherings inside the red level are limited to 100 people, not 50 people, and to clarify that California will not require testing or proof of vaccination for many. events, but not for all.

How ‘Judas and the Black Messiah’ Reflects Hollywood’s Diversity Efforts