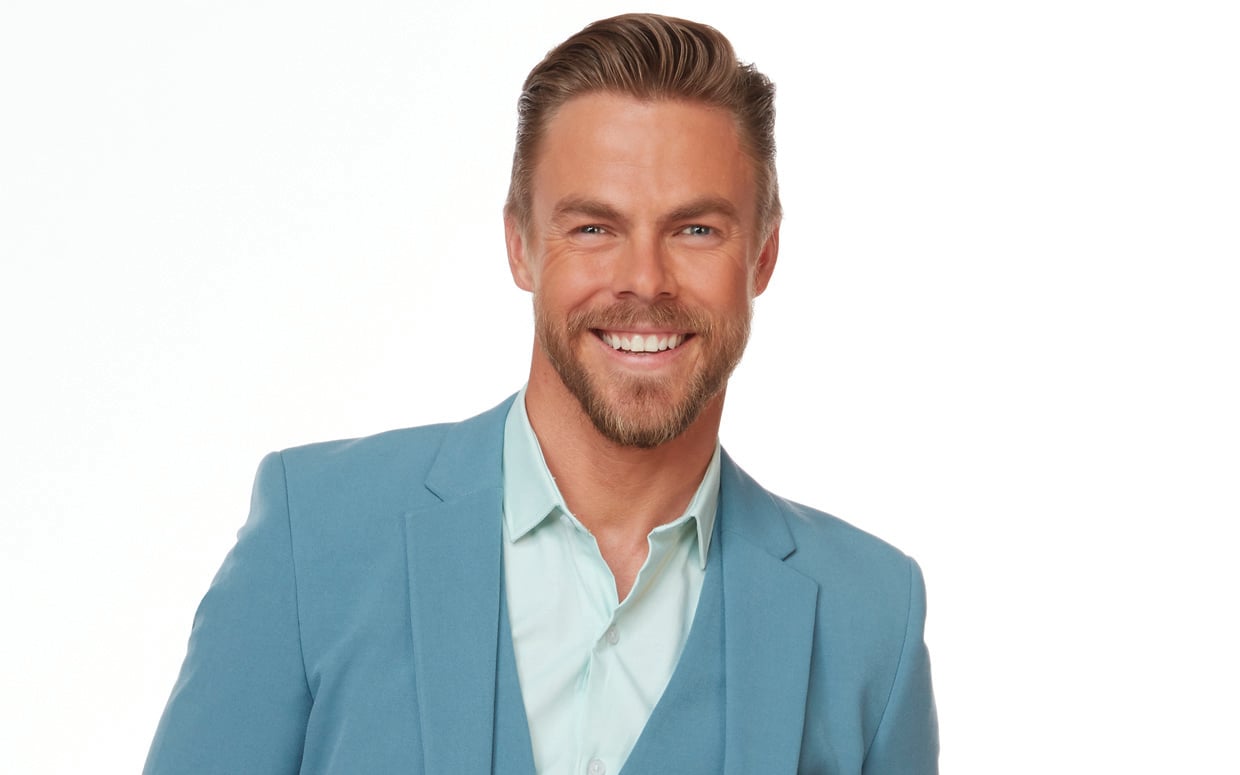 Dancing with the stars judge Derek hough, 35, steps into a new role in the second season of High School Musical: The Musical: The Series (May 14 on Disney +). He will play against his good-boy image as Zack, a new drama teacher at rival East High School who returns to Salt Lake City after a successful acting career in New York City. And he’s also the ex of East High drama teacher Miss Jenn (Kate reinders).

Tell us about Zack.

He’s been successful, but he’s competitive and a little smug. A lot of artists have a lot of insecurity, and there’s usually a bit of fear behind it. And, obviously, with his ex, he’s playing on things that have happened in the past.

I’m naturally a competitive person, but being deliberate in trying to take out the other school – that’s not really on me, but it was good to put on these shoes.

Is Zack going to sing and dance?

Yeah, there’s a song and a dance performance this season. I do a duet. What was cool is that I’m from Utah and we shot in Utah. It was good to come home and see the family and then go shoot a few episodes.

Related: Derek Hough’s Dancing with the stars The audition video will blow your mind

You’re an Emmy-winning choreographer, so what’s it like working with the High school music choreographer? Did he help you with your dance moves?

Absolutely. It was one of those situations where he was already prepared. I walked in and learned what to do in a few hours and we shot it. It happened quickly. Also, for me, the choreography and movement I did was more playful compared to a full choreographed stage production. It was more about the stage, about the interaction with the person with whom I was doing a duet. It was great. We were able to move around the room, use props and use all the space.

Not that 35 is old, but what was it like working with kids? Because it was you.

It’s hilarious that you said that, because when I was in Utah I said, “I’m 35” and my mother-in-law said, “What? You are so… ”and I said to myself:“ Are you going to say immature? She said, “You don’t act 35.” I was like, “I know, I think I’m doing this consciously.” But to answer your question, I haven’t seen a lot of young actors. Most of my scenes were with Kate Reinders, Miss Jenn.

But the song “Driving license” [sung by Olivia Rodrigo] had just exploded. I was like, “Wait, I recognize that girl. She is on High school musical.“It’s great to see them blossom and do such wonderful things.

This is another musical, like Hairspray Live! Have you ever wanted to play a dark and twisted role?

We will see in the future. When I went to school for the performing arts in London there were a few things I did that were pretty dark, cranky, and emotional. Honestly, I loved it. However, I think right now, for me, my focus on future projects that I’m about to work on, I feel like today, I feel obligated to make joy, pure and fun. . I have the impression that there is a lot of density at the moment in general in the world, and I want to bring a little light, a little joy, that calls me.

Dance world has been officially canceled. How sad were you to hear it?

I found out about this awhile ago, but it was such a great show to be a part of. I loved Dance world, the dancers. This is also the problem, at the moment I am creating something new for the dancers to show their abilities, not just to compete. I’m really, really excited about this.

For the 15th season, DWTS has had a star season. How would you like to see another All-Star Season in honor of the 30th Season?

You know what? I have no idea, but I’m just excited when you said this because I realized we have to do something big about it. It’s a big problem. Few shows have made 30 seasons. It’s enormous. So, I’ll be curious to see what they do. I will say, however, that I have heard rumors and whispers from potential people about the casting. As much as I’d love to see an all-star season with stars, I also love the ideas they talk about. So, I don’t know, maybe it’s a mix. Who knows?

Will you come back for season 30 of Dancing with the stars?

It’s likely, especially since Season 30 is such a milestone. For me, I would feel great to be a part of this season, given the history and my relationship with the show and how much I love it.

Most of you hold the title DWTS wins, with six. Do you hope no one breaks your record?

My friend, who loves sports, he’s like “Michael jordan won six [NBA championships] and Tom brady won six [Super Bowls]. Now Tom Brady has won seven. Derek, you have to go back and try to win another to tie with Tom Brady. I feel like the Super Bowl and the Dancing with the stars the trophies are just a little different.

Now that you’re one of the judges, would you come back with one of your old winners and dance again?

Probably not. But I don’t know, season 30, anything is possible.

You mentioned that you are creating a platform for dancers to showcase their abilities. Is this part of your ABC contract? Or are you working on a show you can star in?

There is a show. I am not allowed to officially announce anything, but I will say that there is something about the works that I am really very excited about. It is a unique project. When people ask what a dream project would look like, well, that’s it. It is a huge challenge. Again, it’s a lot of joy, a lot of nostalgia, a lot of pure entertainment. But it’s a massive, massive undertaking, I will say that. I am delighted to create it.

Do you plan to work with your sister, Julianne again?

You said that your 40s brought you closer to your girlfriend, Hayley Erbert. How did you experience your forties?

It’s interesting, I’m one of those people who the more I do something, the more I want to do it. Even me being at home, the more I am at home, the more I want to be at home. Its been good. Hayley and I have learned to do so many different things – editing on the computer, we cook more together, simple chores around the house, do a lot of gardening, do creative things. We have a new dog, which now has up to four animals. So you can imagine that in itself took a long time, dealing with all the animals.

When was the last time you surprised yourself?

I surprised myself with my love and joy for gardening and just being outside and taking care of the yard. It became my morning ritual. I would wake up early in the morning and go take care of all the plants and water everything. This surprised me. I didn’t think I was going to be that kind of guy. My house that I built was on this barren wasteland, just like the dust of the desert. Now it’s green with trees and plants. I turn it into a green haven.