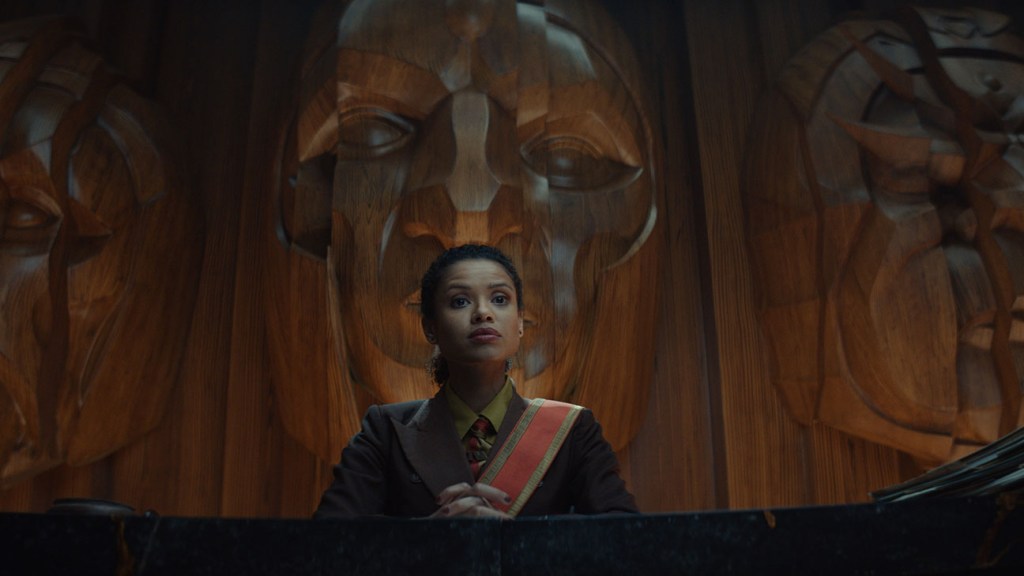 The end of the second episode of this week’s Disney + series Loki seemed to offer the building blocks for two future Marvel Studios projects, with the apparent creation of the multiverse setting up both Spider-Man: No Path Home and next year Doctor Strange in the Multiverse of Madness. But what if the six-part series also sets up another future Marvel movie entirely – and does it right in front of the fans’ faces? In fact, what if the series sneakily featured the next big bad in the Marvel Cinematic Universe?

We know the villainous Kang the Conqueror will appear in Ant-Man and the Wasp: Quantumanium, with Lovecraft CountryJonathan Majors takes the role. But there are signs that Kang is showing up, or at least being teased, in Loki.

At the heart of this theory is the Time Variance Authority, the organization that governs time at the heart Loki, and more specifically, the highest singular authority the public has seen within the Authority, played by Gugu Mbatha-Raw. Introduced in the show’s first episode, everything about the judge overseeing Loki’s case certainly seems straightforward – or, at least, as straightforward as everything else about VAT. Beyond her position as arbiter of the timeline and the variations that attempt to subvert her, she is, it is revealed, one of the few people inside TVA to have met the Time Keepers, the three characters who transformed a previous version of the multiverse. into a coherent timeline.

This character’s name is Ravonna Renslayer, and it’s a familiar name to longtime Marvel fans, as well as a name unlikely to have been chosen at random from the vast library of Marvel comics. The Ravonna comic book first appeared in the 1965s Avengers No.23, although she was far from the star of her own story at the time – and that’s where Lokithe potential for universe-building mischief comes into play.

For much of his comedic career, you see, Ravonna was little more than the object of affection from fan-favorite villain, Kang the Conqueror. Eventually, he conquered her and she sacrificed herself to save his life – only to be resurrected later and turn on Kang, upset that he wasn’t responsible for her rebirth. (At one point after her return she was called “Terminatrix,” but that was in the 1990s and we can forgive her for that.)

Obviously, the MCU Ravonna doesn’t have the same backstory as her comic book counterpart – she certainly isn’t a 40th century space princess like the comic book originally was. Ravonna – but at this point in the proceedings, it’s worth speculating for a moment as to whether or not the two characters do share a relationship with Kang.

After all, there is almost certainly some reason the MCU character was given a name primarily related to the villain, beyond the simple fact that Ravonna is a time-traveling character in Marvel mythology; the fact that we gave it a name, whatever this name, it’s worth noting. So… is there a Kang connection being made, and if so, what could that connection be?

Finding a prospective answer to this question requires more than a little speculation. One of the weird things about Kang’s comic book career is that Kang has several different villainous identities that he switches between, depending on the time period he’s been in (and the comic book author’s interests. of each appearance, of course). In addition to Kang, he was also the Scarlet Centurion, the ancient Egyptian despot Rama-Tut and Immortus – a version of Kang from the far future who rules a dimension called Limbo, and has a totally different mission from his previous incarnations: he works for the Keepers of Time, preserving the timeline from being altered by unknown forces.

An even more speculative suggestion: given the emphasis on variants in Loki to this day, and the fact that Kang is, traditionally, a time-traveling character with variations of comic book characters, and if Kang is the keepers of time? It might be a step too far, of course.

Like Loki, Kang was created by the duo of Jack Kirby and Stan Lee, but there’s another element of comic book synchronicity when it comes to connecting Kang to the Loki series; VAT was created by writer / artist Walter Simonson, who also created something called the Council of Cross-Time Kangs for a 1988 issue of Avengers. It was a collection of Kang variants from alternate timelines that show, in their first appearance, a distinctly reptilian appearance. A space lizard, in fact, as Loki has repeatedly described the Keepers of Time.

Does it all sound a little too unlikely? We already know that Kang is set to appear in the MCU in the near future, but nothing says his debut couldn’t have happened a little earlier than expected. Kang’s whole schtick, after all, is that he’s a time traveler.

In the weeds of In the heights